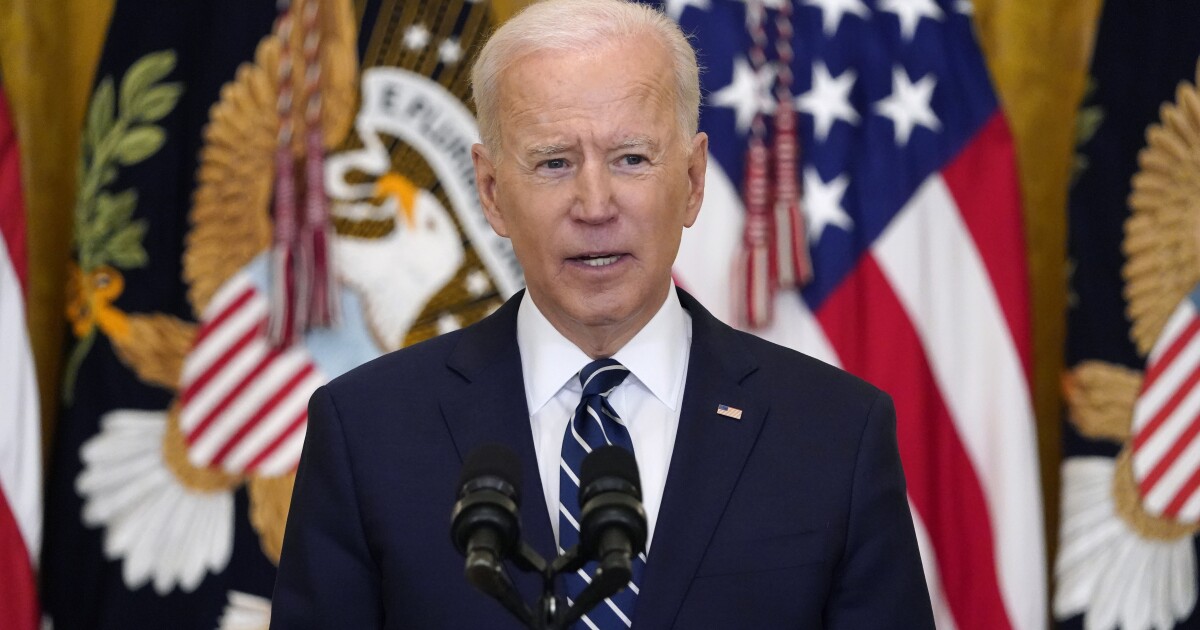 President Joe Biden said 100,000,000 people had received their stimulus checks during his first press conference since he assumed office on Jan. 20.

“As of yesterday, more than 100,000,000 payments of $1,400 have gone into people’s bank accounts,” he said on Thursday. “That’s real money in people’s pockets bringing relief instantly, almost.”

The president spearheaded a $1.9 trillion spending plan, which includes coronavirus relief, that he signed on March 11. The bill was widely criticized by GOP lawmakers for being wasteful as claims circulated that only 10% of the contents of the legislation pertained to COVID-19 spending.

The legislation, dubbed the American Rescue Plan, includes $300 per week in extra unemployment and $350 billion in aid to state and local governments in addition to money for schools, vaccinations, and rental assistance.

“But today, with the American Rescue Plan now signed into law, we’ve delivered on that promise,” the president said in remarks after signing the bill. “And I don’t mean I’ve delivered; we’ve delivered. Look out there on all of you. … There would still be people, kids in poverty, were it not for all the work you did all those years.”

He continued: “And look — and to the members of the House and Senate, thanks for making this happen. You made it happen. As I said, I served 36 years in the Senate. I know how hard it is to pass major consequential legislation, particularly when we only have such minor, small majorities in both houses. … You’ve done an incredible job.”