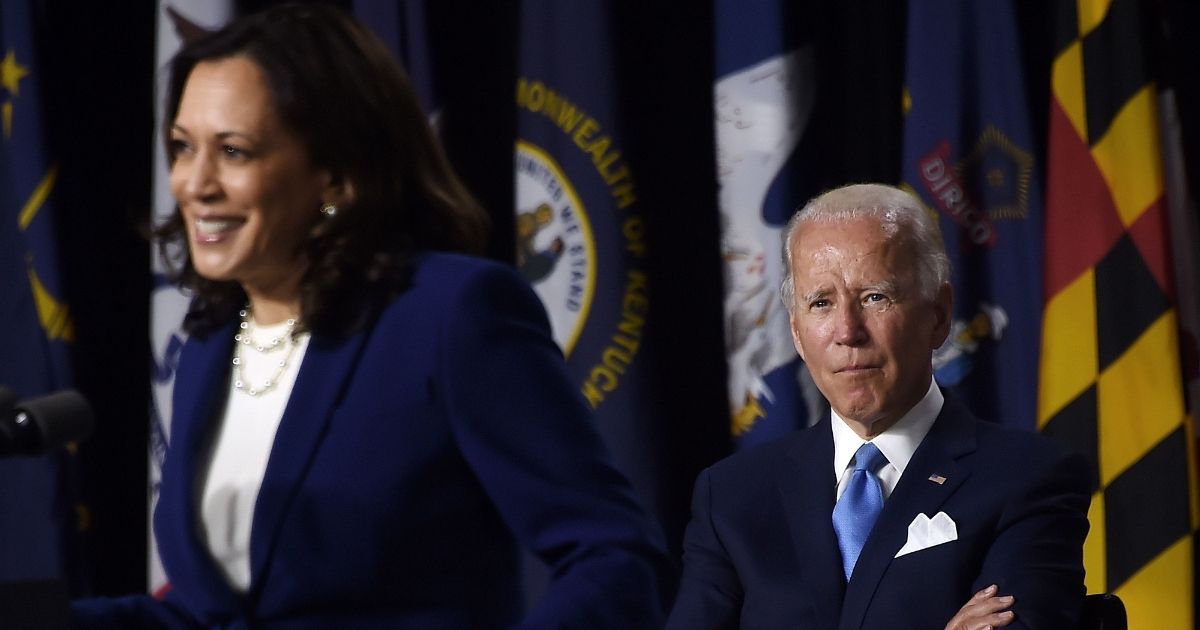 Faced with growing calls for action to address the growing crisis at America’s southern border, President Joe Biden has handed off the issue to Vice President Kamala Harris with a focus on cutting deals with countries to reduce the flow of migrants.

Biden, who has called for a $4 billion aid package for the so-called Northern Triangle nations of Guatemala, Honduras and El Salvador, made the announcement Wednesday at the White House.

“I’ve asked her, the VP, today — because she’s the most qualified person to do it — to lead our efforts with Mexico and the Northern Triangle and the countries that help — are going to need help in stemming the movement of so many folks, stemming the migration to our southern border,” Biden said, according to a White House transcript of the announcement.

“And, you know, back when I was Vice President, I got a similar assignment, but one of the things we did was we made sure that we got a bipartisan agreement with Democrats and Republicans to provide over $700 million to the countries in the Northern Triangle to determine the best way to keep people from coming is keep them from wanting to leave,” he said.

Biden then blamed the Trump administration for his woes.

“Unfortunately, the last administration eliminated that funding — did not engage in it, did not use it — even though there was over $700 million to help get this done. We’re reinstituting that program. And there are — as I said, there are many factors as to why people leave in the first place,” he said.

Under former President Barack Obama, when Biden was vice president, $750 million was approved for aid to Central American nations, although little was spent through 2016, Reuters reported at the time.

From 2016 through 2018, Congress allocated almost $2.1 billion to Central America, with most of it going to Guatemala, Honduras and El Salvador, according to The New York Times.

In March 2019, former President Donald Trump announced that he would suspend $450 million in aid to Guatemala, Honduras and El Salvador on the grounds that past money spent had not reduced the flood of migrants heading north.

Is this all going to end in more wasted money?

Last year, Trump restored between $140 and $180 million in aid to the countries, according to ABC News.

Biden, however, said the surge in migrants is not his fault.

“So this new surge we’re dealing with now started with the last administration, but it’s our responsibility to deal with it humanely and to — and to stop what’s happening,” he said.

“[T]here’s no question that this is a challenging situation,” Harris said, following Biden’s remarks. “As the president has said, there are many factors that lead precedent to leave these countries.”

Harris said that “while we are clear that people should not come to the border now, we also understand that we will enforce the law and that we also — because we can chew gum and walk at the same time — must address the root causes that — that cause people to make the trek, as the President has described, to come here.”

“And I look forward to engaging in diplomacy with government, with private sector, with civil society and — and the leaders of each in El Salvador, Guatemala and Honduras to strengthen democracy and the rule of law, and ensure shared prosperity in the region,” she said.

Harris had earlier that day told CBS News that overcrowded border facilities for migrant children were a “huge problem,” according to NBC News.

“Look, we’ve been in office less than 100 days. We are addressing it. We’re dealing with it. But it’s going to take some time,” Harris said. “And are we frustrated? Are you frustrated? Yes. We are.”

The ability of Central American governments to reform themselves was questioned in a Congressional Research Service brief.

“Over the past few years, Central American governments have demonstrated varying levels of commitment to internal reform,” the report said.

“As discussed previously, the three Northern Triangle governments worked together to develop the Alliance for Prosperity, which includes numerous policy commitments. At the same time, tax collection has remained relatively flat in the region, leaving governments without the resources necessary to address chronic poverty or other challenges,” the report continued.

“Moreover, some elected officials in the Northern Triangle have sought to undermine anti-corruption efforts.”