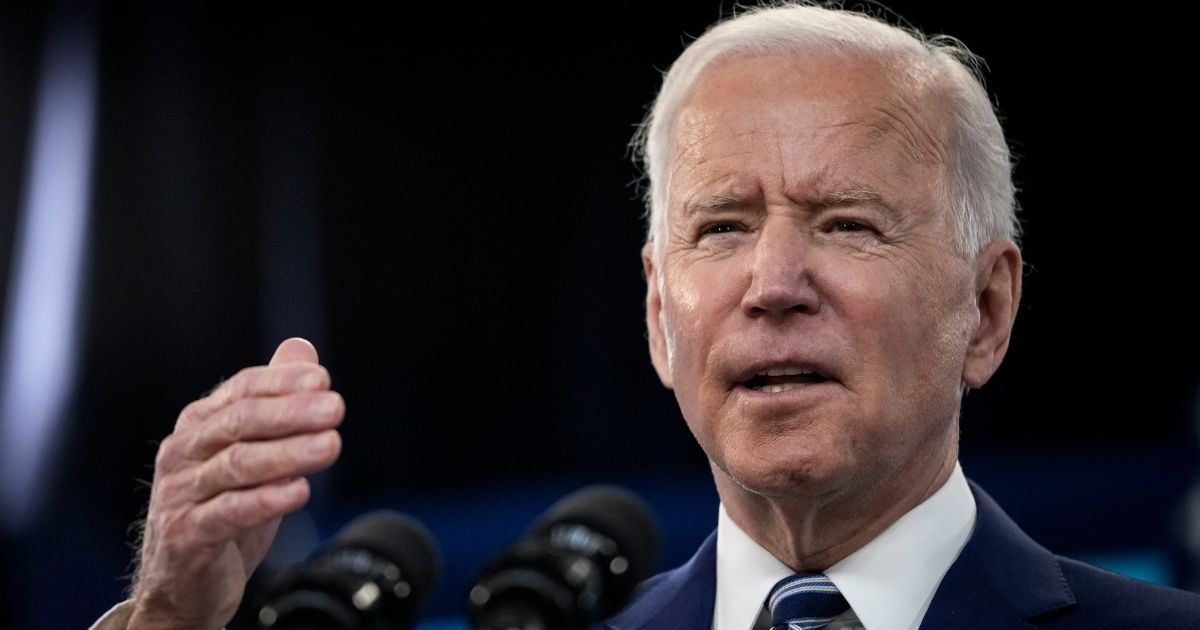 Jackson was nominated to fill the spot formerly held by now-Attorney General Merrick Garland on a court considered a stepping-stone to the Supreme Court, according to Fox News.

Justice Brett Kavanaugh, Chief Justice John Roberts and former Justices Ruth Bader Ginsburg and Antonin Scalia all served as judges in the high-profile court to which Jackson has been nominated.

Jackson formerly worked for the U.S. Sentencing Commission, including a stint as the vice-chair after being appointed to the post by former President Barack Obama, according to Reuters.

Jackson’s name was bandied about in 2016 when Obama was looking for a nominee to fill the vacancy that came after Scalia’s death.

Jackson is a graduate of Harvard Law School.

Progressives rallied to support her on Tuesday.

“Judge Ketanji Brown Jackson is a former public defender, an unflinching champion for justice, and Joe Biden’s nominee to the second highest court in the United States,” the progressive group Demand Justice tweeted.

Judge Ketanji Brown Jackson is a former public defender, an unflinching champion for justice, and Joe Biden’s nominee to the second highest court in the United States. pic.twitter.com/O6bvsFE1JQ

sometimes the obvious choice is the right choice: Judge Ketanji Brown Jackson is going to be a phenomenal addition to the DC Circuit.

And nominating Candace Jackson-Akiwumi to CA7 is 💯!

These picks (& others reported) are so exciting!!! https://t.co/pQ2MoY6dcJ

Biden has officially picked Ketanji Brown Jackson for the DC Circuit vacancy created by Garland, as @mikememoli and I reported he would a couple weeks ago. Progressive groups are ready with material & ads to back her. She’s a likely SCOTUS contender, too. https://t.co/1s89zpfD0C

RELATED: ‘Your Skin Color Has Become an Idol’: The Folly of ‘Pride’ & How God Helped One Christian Overcome It

In 2019, Jackson ruled against the White House under former President Donald Trump and said that former White House counsel Don McGahn had to testify to House Democrats during the first impeachment process against Trump, according to NPR.

Meet Ketanji Brown Jackson, the judge behind the scathing 120-page read of Trump, his criminal Administration, and their attempts to defy Congressional subpoenas.

“This trailblazing slate of nominees draws from the very best and brightest minds of the American legal profession,” Biden said Tuesday, Fox reported.

“Each is deeply qualified and prepared to deliver justice faithfully under our Constitution and impartially to the American people — and together they represent the broad diversity of background, experience, and perspective that makes our nation strong.”

Tiffany Cunningham, a partner at the high-profile law firm of Perkins Coie LLP, has been nominated to a circuit court vacancy.

Candace Jackson-Akiwumi, a public defender in the Northern District of Illinois, was also appointed to fill a circuit court vacancy.

Appointing federal judges had been a priority of the Trump administration, which was instrumental in confirming three Supreme Court justices and 54 circuit court judges among the 234 federal judges in Trump’s four-year term.

Do identity politics govern everything Democrats do?

Judicial nominees need a simple majority for confirmation by the Senate.