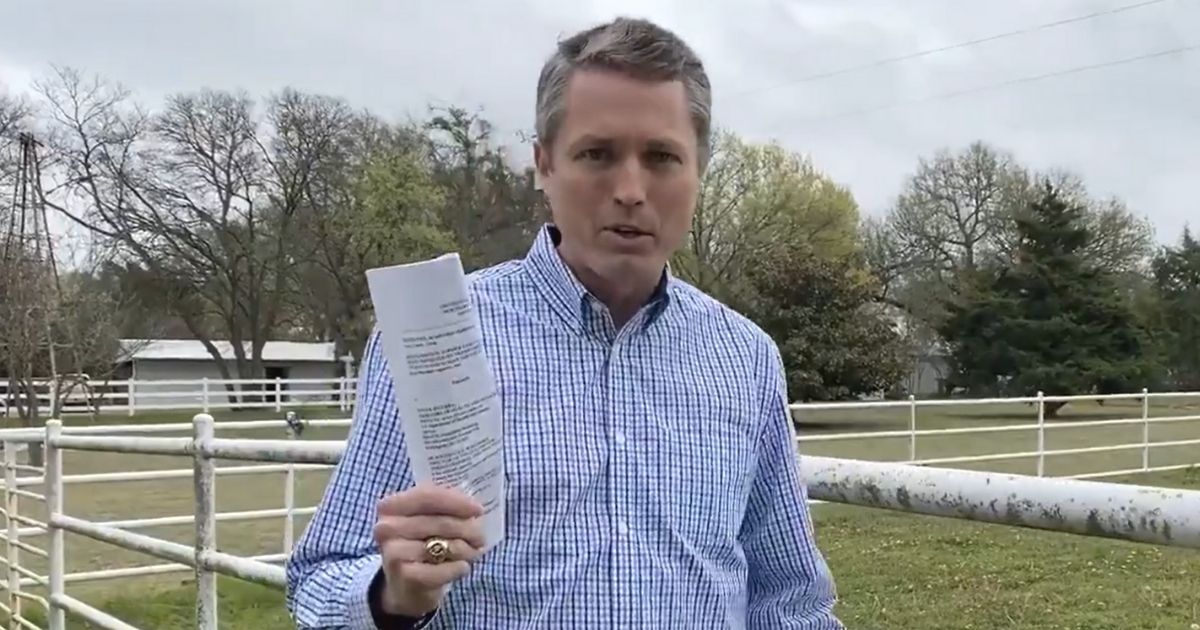 An official with the U.S. Department of Health and Human Services during the Trump administration is suing the Biden administration on the grounds that its immigration policies are a threat to the health of Americans.

Brian Harrison, the former chief of staff at HHS and a Republican candidate in a primary for a Texas House seat, filed the lawsuit Monday, according to Fox News.

The question at issue revolves around what is called a Title 42 order, which gives federal health officials the power to take special measures to limit the transmission of an infectious disease. The Trump administration issued the order to limit the flow of migrants into the U.S. during the COVID-19 pandemic.

Harrison said his concern is that even though the pandemic remains a threat, the Title 42 order was effectively suspended when the Biden administration began allowing illegal immigrants under 18 to stay in the country and did not return them to their country of origin, as did the Trump administration.

The flood of unaccompanied minors has swamped immigration facilities, leading the Biden administration to open new facilities and even pay for hotel rooms to house them. Talk has also emerged of shipping illegal immigrants to states near the Canadian border.

Harrison’s lawsuit would force the Biden administration to revert to the former administration’s policy because it never followed the procedures of the Administrative Policy Act to show why changing the policy was necessary.

“The Biden Administration’s reckless and illegal pursuit of open border policies has created a public health and humanitarian crisis,” Harrison said in a statement. “Today I am standing up for Texas and America by suing to force them to obey the law and secure the border.”

From October through March, 381,946 people were apprehended and expelled through the Title 42 order, Fox News reported.

Harrison said the Title 42 order was  “arguably the most important thing we did to secure the border,” according to The Dallas Morning News.

Do you think Harrison’s lawsuit has merit?

“We took our public health authority and we secured the border, because we knew we were in the middle of a COVID pandemic,” he said.

“We knew it was the worst possible time to have our borders be wide open for thousands upon thousands of illegal immigrants as well as COVID-19 because it was a way to introduce the country to the virus while we were trying to contain it and defeat it,” he said.

This morning I stood up for Texas and America by suing the Biden Administration for ILLEGALLY disregarding the Title 42 Order we created when I was Trump’s Chief of Staff at HHS. They turned the most secure border in history into the #BidenBorderCrisis. Time to fight back! pic.twitter.com/dJSMu0NQ3y

On Feb. 17, the federal Centers for Disease Control and Prevention announced “a temporary exception from expulsion for unaccompanied noncitizen children” under Title 42.

“As a result of this announcement, the Southwest Border has been flooded with illegal alien children, most of whom escape detention and many of whom carry COVID-19 and migrate north into the heartland of Texas,” Harrison’s complaint said.

“Because thousands of alien children are being held in, and released into, areas of Texas, including near Ellis County, the Exception increases the risk that Plaintiff Harrison contracts COVID-19,” he said.

Last week, 20 Texas Republicans in the House urged state Attorney General Ken Paxton to take the Biden administration to court over its suspension of enforcing Title 42.

The lawmakers called the action to allow minors to remain “a reckless way to score cheap political points at the expense of American health and safety.”

“These immigrants have not been tested for COVID-19 and pose an incredible threat to the health and safety of the American people,” they said.