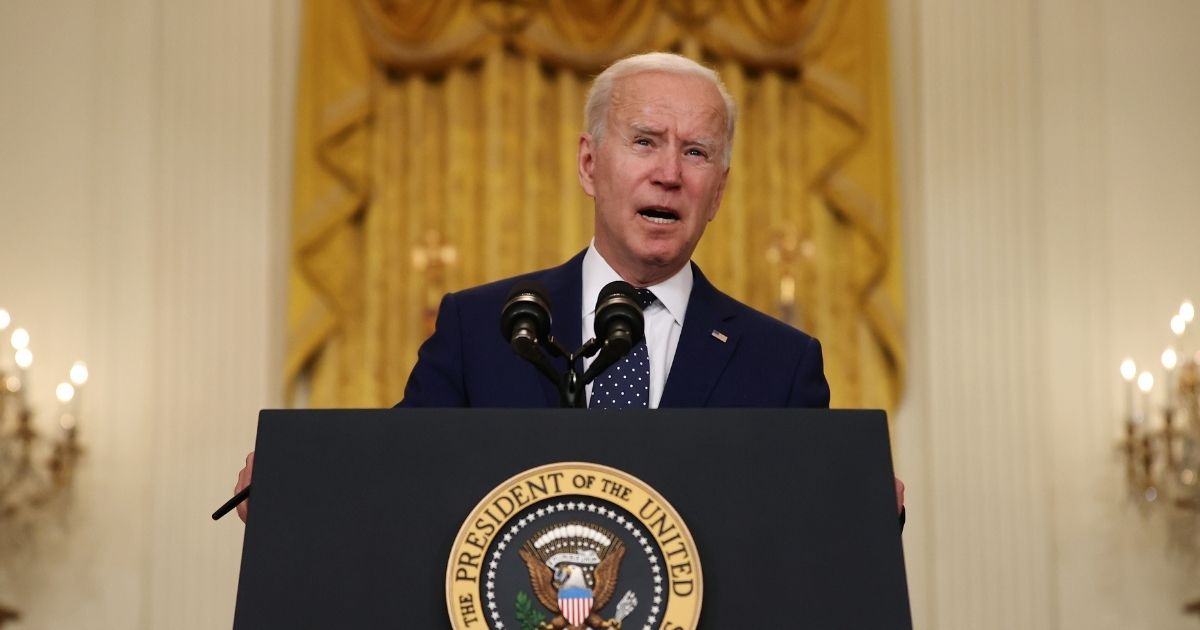 In noting that his administration was incapable of handling two major issues at once, President Joe Biden on Saturday described the situation at the border as a “crisis” for the first time.

Biden made the comment in the context of explaining why his administration first said it would not raise the limit on refugees allowed into the country and then flip-flopped once Democratic critics howled at what appeared to be a broken promise.

Biden had said he would raise the Trump administration limit of 15,000 refugees to 62,500 in the current fiscal year and 125,000 in the next fiscal year, which begins in October. Then on Friday, he signed a document keeping to the 15,000 figure before announcing the number would be higher after progressive critics were outraged.

“We’re going to increase the number [of refugees],” Biden said, before explaining how government works, according to Fox News.

“The problem was that the refugee part was working on the crisis that ended up on the border with young people. We couldn’t do two things at once. But now we are going to increase the number.”

The comment was the first time Biden referred to the chaotic flood of illegal immigrants that has overcrowded border facilities as a crisis, and the messaging from his administration had voided the word.

“The men and women of the Department of Homeland Security are working around the clock seven days a week to ensure that we do not have a crisis at the border — that we manage the challenge, as acute as the challenge is,” DHS Secretary Alejandro Mayorkas said last month, for example.

“While finalizing that determination, the president was urged to take immediate action to reverse the Trump policy that banned refugees from many key regions, to enable flights from those regions to begin within days; today’s order did that,” she said, according to Fox. “With that done, we expect the president to set a final, increased refugee cap for the remainder of this fiscal year by May 15.”

Is Joe Biden a disaster as president?

In its reporting, Reuters said that the dance over refugee numbers was “tied to concerns over the optics of admitting more refugees at a time of rising numbers of migrants arriving at the U.S.-Mexico border.”

But a report in The Wall Street Journal suggested there was a more pragmatic concern.

The report said that the Office of Refugee Resettlement has already had its budget raided to cover some of the costs of the flood of illegal immigrants, making it less able to deal with a four-fold increase in refugee admissions from the Trump administration’s level.

But in its report on the issue, The Washington Post noted “growing concern about immigration inside the White House,” citing “people with knowledge of the decision-making process.”

The report said that some in the Biden administration believe he appears too soft on immigration at a time when Biden “is struggling to contain the soaring number of migrants arriving at the southern border, which has caused significant anxiety inside the West Wing.”

Refugee admissions under Biden have lagged even as illegal immigration is setting records, according to the International Rescue Committee.

At the midpoint of the federal fiscal year, which begins Oct. 1, the U.S. had admitted 2,050 refugees, it said, which would put it on track for the lowest level of refugee admissions of any administration.