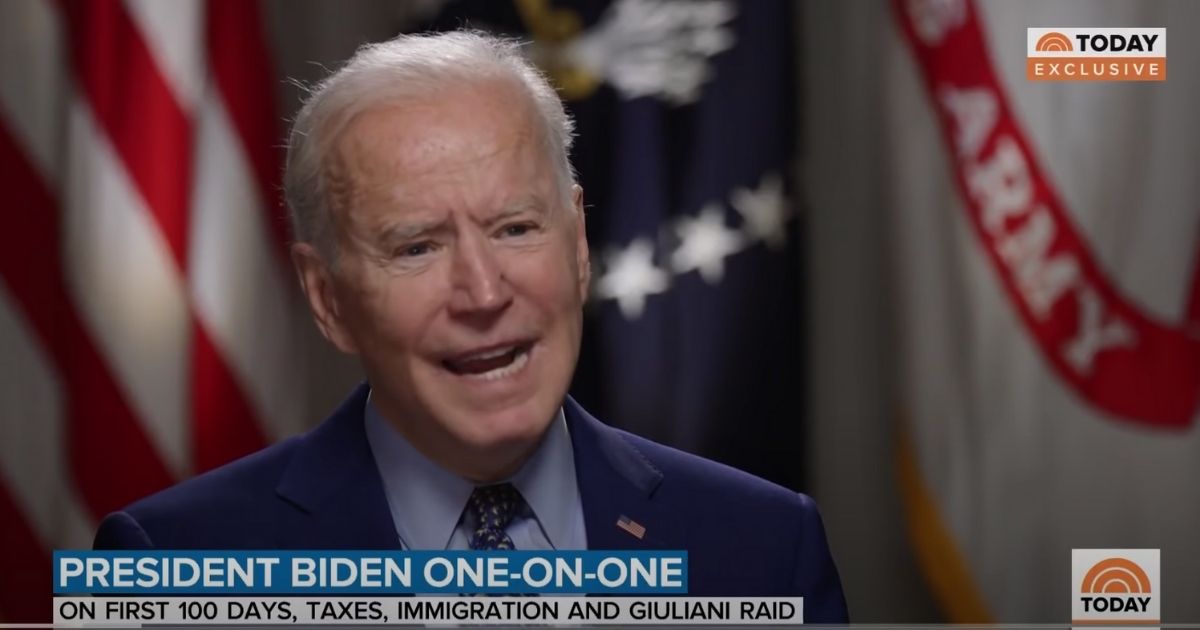 “I’m not saying I won’t,” Biden told NBC’s “Today” in an interview that aired Friday, after first saying that he would “leave that to the military.”

“I think you’re going to see more and more of them getting it.”

“And I think it’s going to be a tough call as to whether or not they should be required to get it in the military, because you’re [in] such close proximity with other military personnel,” the president added.

The comments could cause controversy among military personnel. More than 35 percent of Marines who have had the opportunity to get vaccinated had chosen not to do so as of last week, the military said.

“The Marine Corps said that as of April 23, approximately 93,500 Marines had received the COVID-19 vaccine while 52,900 Marines have declined a shot, or about 36 percent,” according to Reuters.

Terry Adirim, acting defense secretary for health affairs, said earlier in the month “that officials have heard anecdotally and through surveys that younger people may feel that they’re not as vulnerable to COVID-19,” according to The Hill.

In addition, some have allegedly claimed “the risk of vaccine side effects is higher than contracting the virus,” the outlet reported, though Adirim argued this claim not accurate.

Should Biden require military members to get the COVID-19 vaccine?

Approximately 780,000 service members, nearly one-third of the total force, have received at least one vaccination shot, according to the latest Department of Defense numbers reported by The Hill.

All DOD personnel and their family members are now eligible for an appointment to receive a vaccine, according to the outlet.

A group of Democratic lawmakers demanded in March that Biden require all U.S. military personnel to get vaccinated. Pentagon press secretary John Kirby “confirmed the military’s top brass was weighing a mandatory vaccination order,” according to Politico.

“Obviously, we’re thinking about what happens when they become FDA-approved,” Kirby added.

“It would change the character of the decision-making process, about whether they could be mandatory or voluntary. But I don’t want to get ahead of that process right now.”

Nationwide, at least 237 million COVID-19 vaccination doses have been administered, according to NPR.

The latest reports indicate “99.6 million people or 30% of the total U.S. population” have been fully vaccinated, NPR added.

The hesitation among military personnel reflected the attitudes of other Americans. CNN reported “roughly a quarter of adults say they will not try to get the shot, according to a new CNN Poll conducted by SSRS.”

CNN noted the “vaccine-hesitant 26% is much more willing to return to regular activity, far less confident in the government health officials overseeing vaccine rollouts, and opposed to vaccine requirements for everyday activities.”