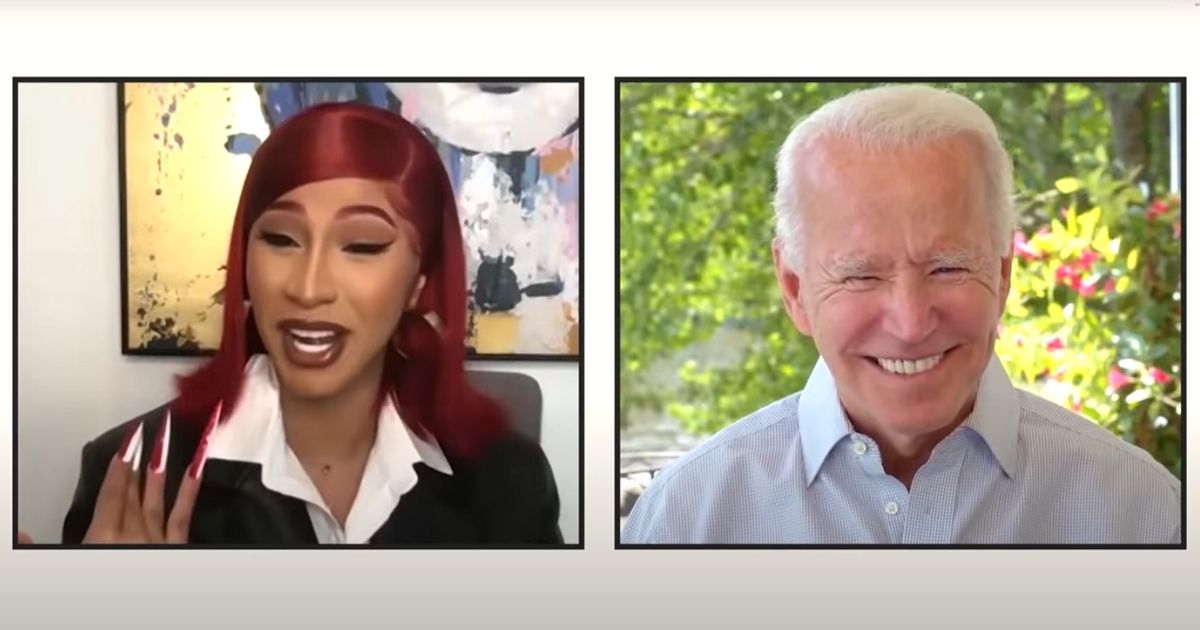 American rapper Belcalis Marlenis Almánzar, known to her fans as Cardi B, is not just any celebrity. She is one whom then-presidential candidate Joe Biden tried hard to win over last August in a much-hyped interview for Elle magazine.

By the end of their conversation, Cardi B had become one of “Joey B’s” greatest cheerleaders.

She has nearly 82 million followers on Instagram and more than 16.8 million on Twitter, so Cardi B’s opinions matter.

On Sunday, Cardi B told her many fans on Twitter: “Sometimes is ok to wake up and choose violence. At least once a month.”

Sometimes is ok to wake up and choose violence. At least once a month.

This is not the first time the rapper has expressed support for violence on social media.

Reacting to the riots that took place in the immediate aftermath of George Floyd’s May 25 death in Minneapolis police custody, she posted a video in which she said, “Seeing people looting and going extremely outraged, you know, it makes me feel like, ‘Yes! Finally! Finally motherf—ers is gonna hear us now. Yeah!’

“And as much as people is so against it, at this point I feel like I’m not against it.”

WARNING: The following video contains vulgar language that some viewers may find offensive.

There are a couple of issues with these tweets.

First, call me crazy, but they appear to violate  Twitter’s rules, which state: “You may not threaten violence against an individual or a group of people. We also prohibit the glorification of violence. … We define glorification to include praising, celebrating, or condoning statements, such as ‘I’m glad this happened’, ‘This person is my hero’, ‘I wish more people did things like this’, or ‘I hope this inspires others to act.’”

Oh, that’s right, these rules don’t apply to those on the left, especially when they’re celebrities.

Do you believe Cardi B’s words would be condemned if they were from a conservative?

Consider the fact that the House of Representatives impeached former President Donald Trump shortly before he left office charging him with inciting the Jan. 6 Capitol riot with his rhetoric. A trial in the Senate will commence next week.

Although Biden is not authorized by the Constitution to put an end to this charade, he has the power to stop it. He is the president. One meeting with Senate Majority Leader Chuck Schumer and House Speaker Nancy Pelosi is likely all it would take. But he has chosen to allow it to go forward.

At a time when thousands of National Guard troops occupy our nation’s capital to “protect” our lawmakers from the supposed threat posed by far-right extremists, shouldn’t our commander-in-chief condemn Cardi’s “inciteful rhetoric”?

Either Biden is for violence or he’s against it. And he must tell us his position.

I strongly disagree that Trump’s comments incited the Jan. 6 riot. Most Democrats, and some Republicans, believe otherwise. That’s not the issue.

The point is that Democrats are taking the strongest action possible against the former president while they give a pass to their supporters.

The 2018 clip of California Democratic Rep. Maxine Waters calling on Democrats to get in the faces of Trump associates has been played so many times, we can probably all recite it.

The congresswoman told supporters, “You go out and you create a crowd …”

An anonymous Twitter user “decided to conduct a social science experiment,” Carlson said. So he used the words from Waters’ famous rant, changing “Trump Cabinet officials” to “Democrat officials in Gov. Andrew Cuomo’s administration” and sent it out on Twitter.

“If you see anybody from the Cuomo Administration in a restaurant, in a department store, at a gasoline station, you get out and you create a crowd. And you push back on them. And you tell them they’re not welcome anymore, anywhere.” -Maxine CuomoWatch@melissadderosa pic.twitter.com/VbeTf7Rl7R

State Assemblyman Carl Heastie: “This is appalling and dangerous. Encouraging violence must never be tolerated. Shame on whoever is behind this kind of garbage.”

Fellow Assemblyman Ken Zebrowski: “This is dangerous, reprehensible and has no place in any public discussion…Oh, and spare me the ‘someone else did it too’ excuse. Someone else saying a variation of this doesn’t change the fact that this is seeking to incite violence against a public official and their staff.”

State Sen. Diane Savino: “This is beyond outrageous. Two weeks ago we saw what happened when arsonists throw gas around. Twitter should ban this dude now!”

Others replied, “So, just encouraging violence now, huh?” and “This is outrageous and this dangerous incitement needs to stop.”

I rest my case.