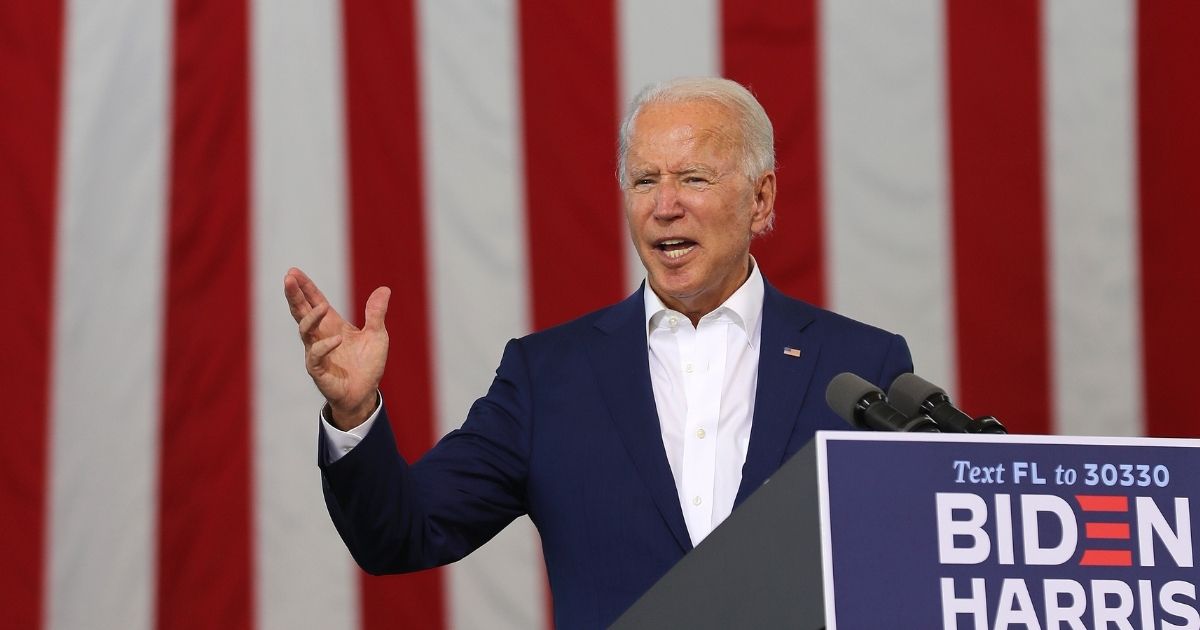 Democratic presidential nominee Joe Biden circled the wagons Wednesday afternoon in light of an October surprise revelation the candidate may have, in 2015, been personally introduced to a controversial foreign business partner of his son, Hunter.

In a vague Wednesday statement to Politico, campaign spokesman Andrew Bates admonished reports on the topic, claiming no such meeting ever appeared on the then-vice president’s “official schedules.”

“The New York Post never asked the Biden campaign about the critical elements of this story,” Bates said. “They certainly never raised that Rudy Giuliani — whose discredited conspiracy theories and alliance with figures connected to Russian intelligence have been widely reported — claimed to have such materials.”

“Moreover, we have reviewed Joe Biden’s official schedules from the time and no meeting, as alleged by the New York Post, ever took place,” he added.

However, the campaign would not, according to Politico, “rule out the possibility that the former VP had some kind of informal interaction with Pozharskyi, which wouldn’t appear on Biden’s official schedule,” but said any meeting would have been “cursory.”

New: Biden campaign responds to NY Post story. “The New York Post never asked the Biden campaign about the critical elements of this story…moreover, we have reviewed Joe Biden’s official schedules from the time and no meeting, as alleged by the New York Post, ever took place.” pic.twitter.com/yB2N5mvsXb

Do you believe Hunter Biden’s involvement with Burisma represented a conflict of interest?

The emails in question, sent between May 2014 and mid-April 2015, were reportedly found on a computer in Delaware that carried an identifying sticker from the Beau Biden Foundation.

They were obtained by the Post in the form of a copied hard drive delivered by Trump ally and former New York Mayor Rudy Giuliani — who claims to have procured it from the owner of a local computer repair shop — after the Post was told of its existence by former White House adviser Steve Bannon.

The Burisma connection has plagued Biden for several years, with many political opponents questioning how his son had been hired to a six-figure role at Burisma with major substance abuse problems and no prior experience in the energy sector.

Joe Biden’s self-professed 2016 play to force the firing of a Ukrainian prosecutor whose office had investigated Burisma only led to more questions, though the former vice president now claims there was not a hint of impropriety on his part.

However, a 2014 email reportedly found on the copied hard drive revealed this may not be the case, with Burisma adviser Vadym Pozharskyi logged asking Hunter Biden for “advice on how you could use your influence” on the company’s behalf roughly one month after Biden’s elevation to the board.

“Dear Hunter, thank you for inviting me to DC and giving an opportunity to meet your father and spent some time together,” the correspondence read.

“It’s realty an honor and pleasure.”

Joe Biden becomes agitated when Savannah Guthrie asks him about his son Hunter:

Quick to deny any allegations of wrongdoing on the part of his family, Biden has, on numerous occasions since the Ukraine drama began in earnest last fall, grown irritable with reporters and rally attendees willing to raise the question.

In one instance this past February, Biden raised his voice with NBC News reporter Savannah Guthrie of the “Today” show when asked if his son was wrong in taking “that position, knowing that it was really because that company wanted access” to the White House.

“That’s not true,” Biden responded. “You’re saying things you do not know what you’re talking about. No one said that. Who said that?”

It remains worthy of note that, while a Biden campaign spokesman denied the controversial meeting’s appearance on any official vice-presidential itinerary, the campaign did not question the authenticity of the emails leaked Wednesday morning by the Post.