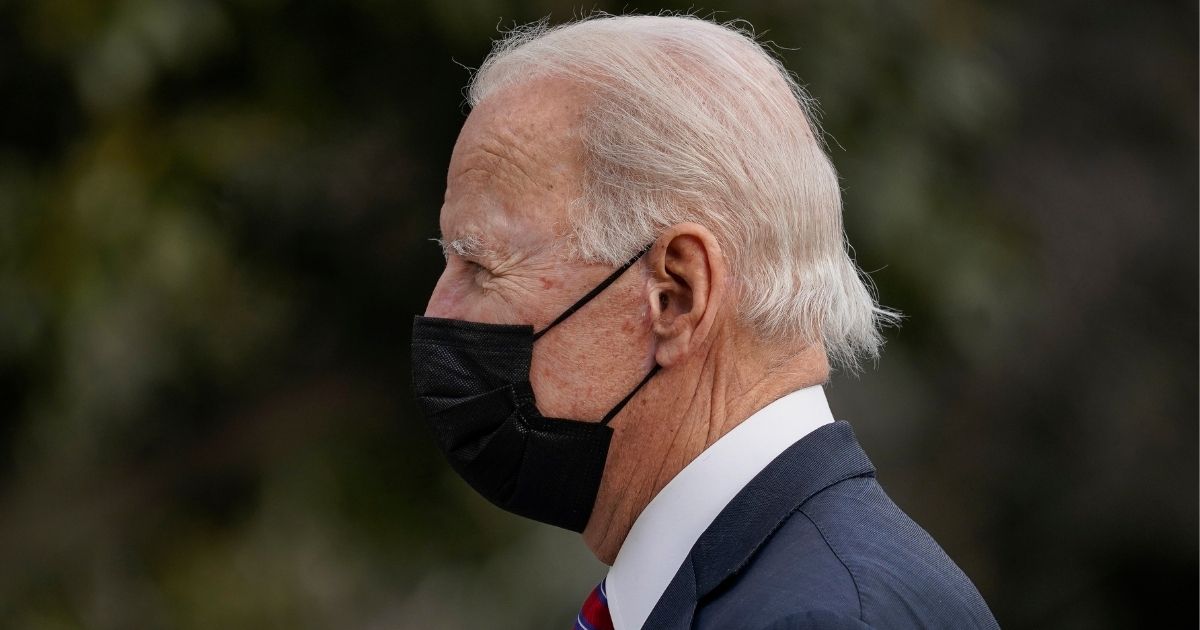 Almost four months after a survey reported that the vast majority of Americans wear masks as recommended during the coronavirus pandemic, the Biden administration is set to embark on a plan to send masks to everybody.

According to NBC News, the administration is mulling the logistical fine points of a mass mask mailing. The report cited “three people familiar with the discussions” and “a White House official” as the source of its information.

“There are a range of options on the table to help protect more Americans from the coronavirus and encourage people to mask up, but no decision has been made,” White House press secretary Jen Psaki said, according to the report.

Wearing masks has been a centerpiece of President Joe Biden’s COVID-19 policy. Biden ordered masks to be worn in all federal buildings and mandated them on public transportation.

NBC News reported that the Trump administration last year had discussed a mass mailing of masks but instead funneled them to nonprofit groups and state agencies that targeted who would receive them.

“This was an idea that really came up last year in the Trump administration,” White House Chief of Staff Ron Klain told NBC anchor Lester Holt on Thursday. “The public health agencies recommended it. The president vetoed it for some reason. We want to get this back on track. We’re looking at what can be done to quickly do this with the mask supplies that we have.”

Klain said that an announcement might come within days about the effort, which he said was part “of a plan to get every American masked up in these first 100 days.”

White House Chief of Staff Ron Klain speaks with @LesterHoltNBC about the plan to send masks to every American.

“We’re gonna do whatever we can to make masks more available to people.”

In October, a survey found that masks were already in use by most Americans, according to WebMD.

The survey showed that 93 percent of those polled said they sometimes, often or always wear a mask or face covering outside the home.

An August version of the same survey found mask compliance was at 90 percent.

Many thought a mask mailing campaign was a bad idea.

Mailing masks out to Americans a year after COVID-19 started is yet another waste of taxpayer money – the underlying theme of everything Biden has done so far.

Everyone who wants a mask at this point has one. Give it up!

Yes, Trump’s administration took responsibility by approving treatments & pushing vaccine development. Of course we need more vaccine. We need to replenish any consumable item. But mailing masks to all is a waste of taxpayer money. Every household probably already has many masks.

@JoeBiden mailing masks to every household is a waste of money. We will just throw them in the trash where they belong and im sure thousands of other people will do the same. Ur “administration” is worthless

Biden’s zeal for mask mandates comes as some states are pushing back.

On Thursday, the Wisconsin state Assembly passed legislation that would repeal a mask mandate imposed by Democratic Gov. Tony Evers, according to WISN-TV.

“When people want to impose things because only one person believes they have the power to do so, that’s where the whole system falls apart,” Republican Assembly Speaker Robin Vos said. “Rather than working with the legislature, Gov. Evers has done everything he can to work around us.”

Do you think it’s a good idea to send masks to every American?

“What the governor is doing, make no mistake about it, is a power grab. He wants all the power to himself,” Republican Assembly Majority Leader Jim Steineke said. “That’s not how our system of government works.”

In Kentucky, Republican state Sen. Adrienne Southworth has proposed a law that would block the state government from imposing a mask mandate and let any such decision be made by local governments, the Lexington Herald-Leader reported Thursday.

“This is just moving our state to a more nuanced approach,” Southworth said.