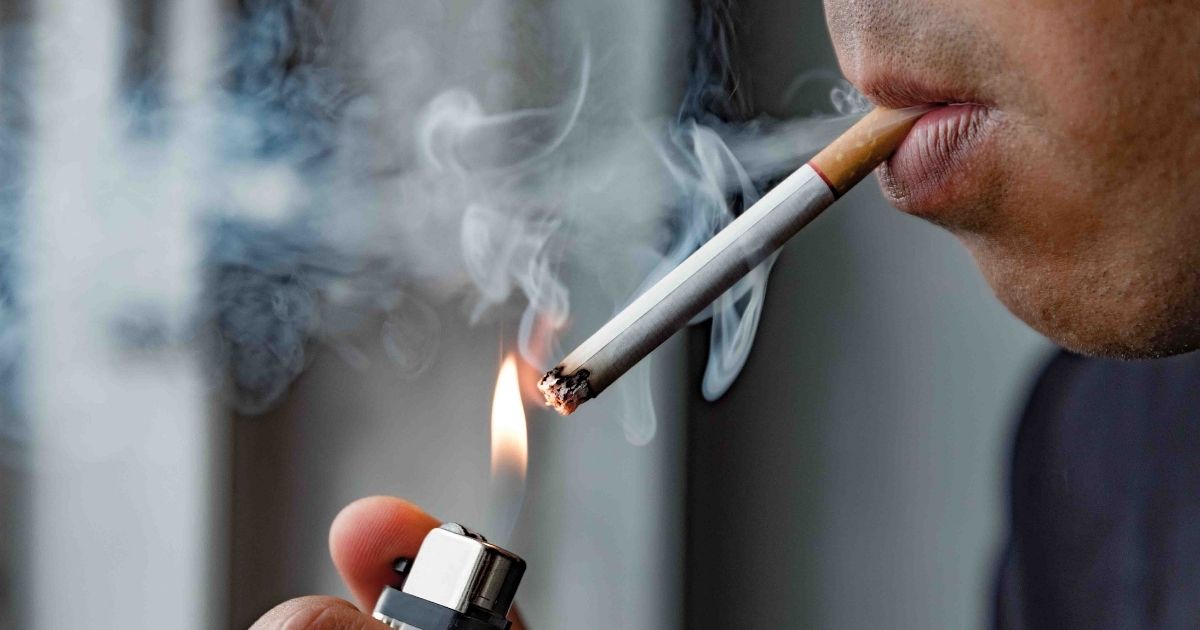 If you’re smoking in 2021, you’ve been made well aware of the risks.

This isn’t the “Mad Men” era; there aren’t shadowy R.J. Reynolds executives trying to convince you there’s no evidence cigarettes are addictive or cause lung cancer. There aren’t advertisements saying that more doctors smoke Camels than any other brand or that dentists recommend Viceroys.

Furthermore, your right to smoke is heavily qualified by state and local government regulations and taxes. It’s an expensive habit and one that’s becoming more difficult to pursue every year. It’s fair to say that’s exerted some downward pressure on the number of Americans who light up. As of 2019, the adult smoking rate was at 14.0 percent, according to Centers for Disease Control and Prevention statistics. According to the American Lung Association, this is down from 42.6 percent in 1965.

There are two ways, then, to look at a proposed ban on menthol cigarettes being floated by President Joe Biden’s administration. The first — good! Get that number lower. And get rid of vaping too, because that stuff’s evil. The second, meanwhile, might wonder why we need the nanny state to intervene when people are well aware of the risks and make their decisions accordingly, particularly now.

Part of the reason government is inserting itself into the matter, according to The Washington Post, is that public health officials think black people can’t make decisions for themselves.

TRENDING: Watch: Bizarre Biden Says He's ‘Really Gonna Be in Trouble' for Taking One Last Question from a Reporter

As The Post reported on Wednesday, Biden’s Food and Drug Administration plans on banning menthol and other flavors in both mass-produced cigarettes and cigars. The ban might take years because the FDA would have to put out proposed rules and then listen to public comments. However, legislative approval isn’t required for such a rule change.

It’s unclear when the ban would be announced, as The Post’s sources remained anonymous. However, The New York Times reported that the FDA has to act by Thursday because a Northern California judge is forcing the agency to respond to a petition to ban the cigarettes by that date.

“On menthol, African American health groups and researchers say it is clear that Black Americans have been disproportionately hurt by the cigarettes, which studies show are more addictive and harder to stop using than non-menthol cigarettes,” The Post’s Laurie McGinley wrote in a Wednesday article.

“In the 1950s, only about 10 percent of Black smokers used menthol cigarettes. Today, that proportion is more than 85 percent, three times the rate for White smokers. African Americans die of tobacco-related illnesses, including cancer and heart disease, at higher rates than other groups, according to studies.”

Should menthol cigarettes be banned?

Is this difference in death rates attributable to menthol in cigarettes and not, say, to other health disparities? Not necessarily, although the scientist quoted in The Post’s story seemed awfully convinced.

“There is not an open question on whether menthol in cigarettes is harmful — the evidence is overwhelming and consistent,” said Joelle Lester, director of commercial tobacco control programs at the Public Health Law Center at Minnesota’s Mitchell Hamline School of Law.

“The Biden administration doesn’t know how to solve every problem. But they know what to do here, and they can do it.”

And yet, it remains a wretched idea.

Take the unintended results of menthol prohibition, for instance. When a menthol ban was floated during the Trump administration, Jonathan Haggerty and Arthur Rizer of the R Street Institute noted that while the intention was to keep the black community healthy, a ban would do just the opposite.

“The primary purpose of a ban is to reduce smoking rates — a laudable goal. Over 19 million people smoke menthols in the United States. And certainly, cigarettes are not heroin; many people may just give up smoking or switch to unflavored cigarettes if menthols are banned,” Haggerty and Rizer wrote in a 2019 Op-Ed in the Daily Caller.

“But researchers have found that to smokers, menthol and non-menthol cigarettes are not close substitutes, suggesting that if banned, many smokers will seek illicit versions of menthols.

“Indeed, banning any in-demand product will always create a black market, and every indication shows that a menthol ban would create a big one — potentially a multi-billion dollar one. Consider the history America has with bans. Alcohol prohibition may have reduced drinking rates initially, but it also generated some of the deadliest organized crime syndicates in our nation’s history. Similarly, some research suggests that state laws repealing marijuana prohibition may have increased use among adults, but as legal marijuana has cut into cartel profits, the repeals have also reduced the violence associated with the black market.”

A 2014 paper, indeed, found a ban would contribute to violence if it “follows the pattern set by other illicit drug markets.”

“Tragically, the black market’s effects could be worst felt in the communities that already experience high crime and incarcerations rates. African American smokers overwhelmingly prefer menthol cigarettes, so it’s likely that a menthol ban would have a disproportionate impact in these communities,” Haggerty and Rizer wrote.

“In fact, the National Black Chamber of Commerce and the National Organization of Black Law Enforcement oppose a menthol ban, citing concerns that an illicit market could lead to aggressive policing of and enforcement against communities of color. These concerns are not idle ones: In 2014 Eric Garner, an African American, died in police custody after being arrested for selling illicit cigarettes.”

But this’ll be different, McGinley wrote in The Post, noting that “ban supporters, including many in the Black community, counter that the idea that a menthol ban would ‘criminalize’ the use of menthol cigarettes or lead to confrontations with the police is a red herring. They note that a ban would apply to manufacturers, wholesalers and retailers, not to consumers. The FDA does not have a police force or take action against individual users, they add.”

So it’d just create a demand for black market cigarettes, but it wouldn’t penalize consumers. It’d just penalize the people who sell them to those consumers illegally — you know, like Eric Garner.

Furthermore, the idea that black individuals need government to step in to make health decisions for them is infantilizing. This is 2021, not 1961 or 1991. If you don’t know the risks, don’t worry — the government will apprise you of them at every turn. It’ll also make it difficult to buy any kind of cigarette until you’re over 21. Black market dealers tend not to be so stringent about age or ID requirements.

Not only is the swollen nanny state bad for choice; it’s also bad for health outcomes. America needs to just say no to a menthol ban.