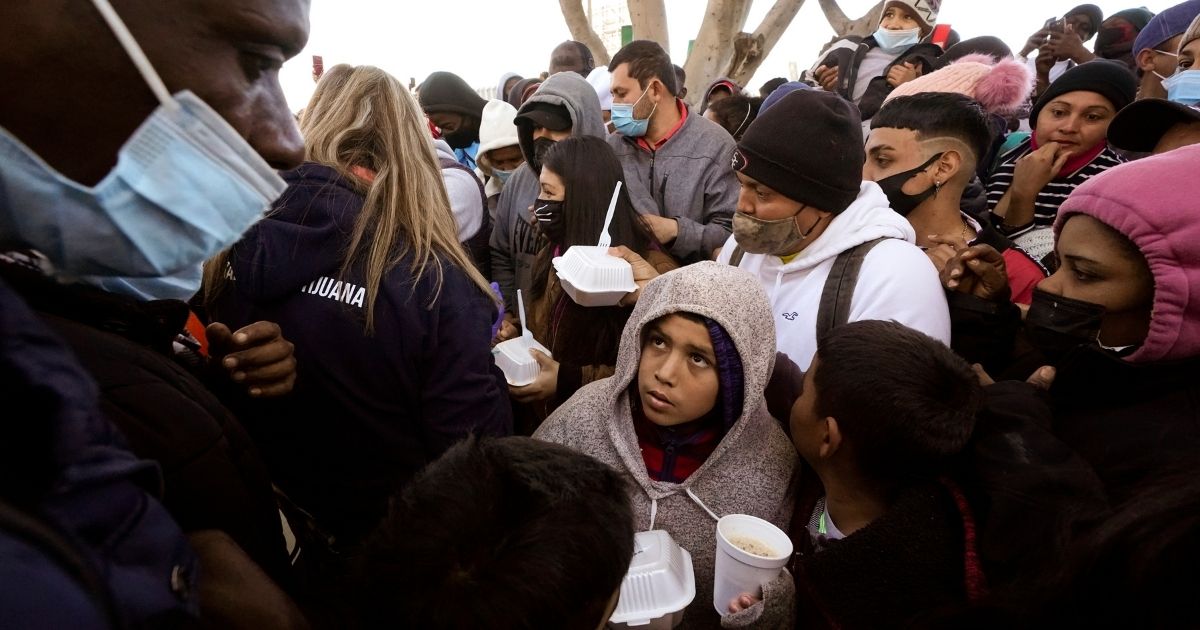 In response to what the Biden administration has admitted is “the arrival of record numbers of individuals, including unaccompanied children, at the southwest border,” the Federal Emergency Management Agency is now being called in to cope with the burgeoning crisis.

A report by CBS noted that a facility for illegal immigrants in Donna, Texas, was at 729 percent of its capacity earlier this month.

Department of Homeland Security Secretary Alejandro N. Mayorkas announced FEMA’s role in a news release, saying it was another agency working to transfer unaccompanied children from Customs and Border Protection facilities to those run by the Department of Health and Human Services, or with a family member or sponsor.

Just spent three hours right on the U.S.-Mexico border and I’m still in shock at how many people illegally crossed during that time. I knew it was happening, but it’s different when you see it up close. Story to come on what I saw. I will say this is definitely a crisis.

An estimated 4,000 minors are in DHS custody, and another 8,500 are in facilities run by HHS, according to the Daily Beast.

More than 100,000 would-be immigrants were detained or arrested after crossing the border illegally in February, and officials expect March will top that number.

On Sunday, Republican Sen. Bill Cassidy of Louisiana said enlisting FEMA is a sign that the crisis is not going away, according to Fox News.

“They’re sending FEMA for reinforcements — not for today, not for tomorrow, but for three weeks from now,” he said.

During his appearance on “Fox News Sunday,” Cassidy said the surge in illegal immigration is due to the Biden administration’s policies.

This administration’s policies and messaging are causing the explosion of the crisis on our southern border. pic.twitter.com/2FW3K2aB4h

“Empirically it is entirely. You can’t help but notice that the administration changes and there is a surge,” Cassidy said, according to Fox.

He said the Biden administration is sending mixed messages — literally.

He recalled an incident last week reported by Fox News in which a Biden adviser said during a news briefing in Spanish that the border was not closed. He said the adviser then corrected herself in English to say that it was closed.

Do we need that border wall now more than ever?

“I can tell you the Spanish version is being heard, not the English,” he said.

(However, according to Fox, the advisor, former Ambassador to Mexico Roberta Jacobson, corrected herself in Spanish.)

Regardless, the perception among would-be immigrants is that crossing the border is possible, according to Cassidy.

“And so when people think they can get in,” Cassidy said, “they begin sending their unaccompanied child on a train ride across Mexico where she may be kidnapped and trafficked, on the hope that they’re going to be waved through at the border.”

Cassidy is not alone in pointing the finger at the Biden administration’s messaging as well as its policies.

“On the very first day of his administration, there wasn’t a plan to open up American business or American schools, President Biden announced it was his priority to offer ‘citizenship for 11 million undocumented immigrants.’ What did he think would happen?”