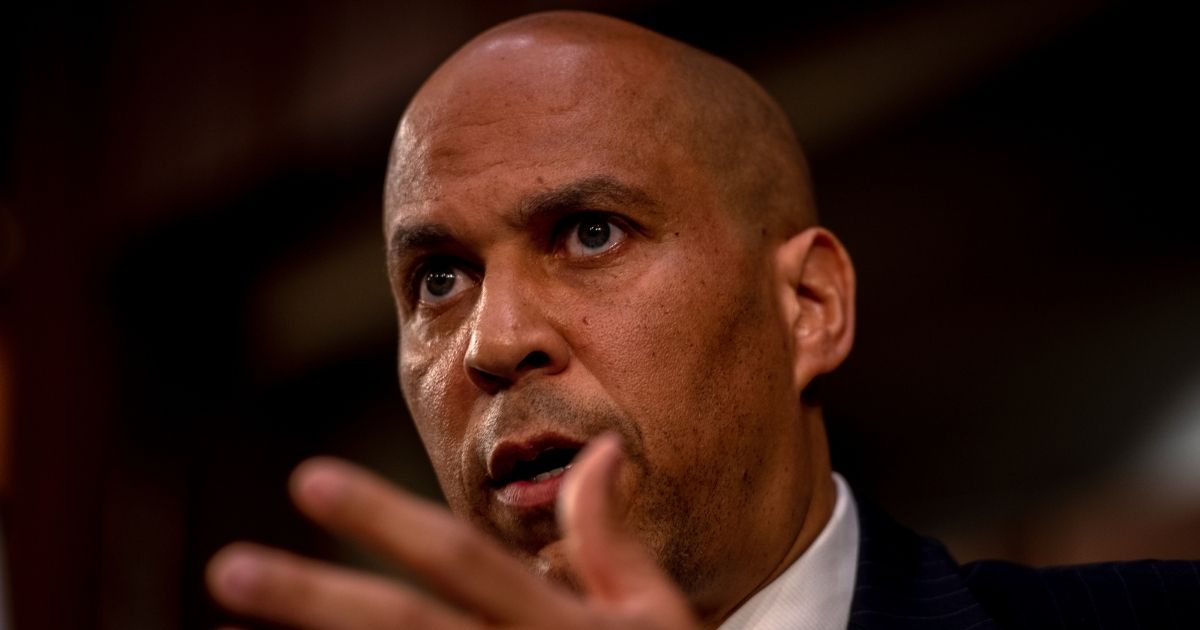 This week, Democrats struggled to explain why Judge Amy Coney Barrett should not be confirmed to serve on the Supreme Court.

They trotted out hackneyed arguments, suggesting that some political norm had been broken by a Republican president nominating a judge to be confirmed as a justice by a Republican Senate in an election year. There have been 19 times where a seat became vacant in an election year and both the presidency and Senate were controlled by the same party, resulting in 17 judicial confirmations.

They suggested that Ruth Bader Ginsburg’s dying wish to leave her seat open until a Democrat takes power represented a sort of binding legal commitment.

They fumed that Barrett refuses to pledge fealty to their political priorities.

They fumed that Barrett has stated that the role of the judiciary is not to achieve moral ends but to enforce the law.

They fumed that Barrett had the temerity to state that “courts are not designed to solve every problem or right every wrong in our public life,” that “the policy decisions and value judgments of government must be made by the political branches” and that she has done her utmost to “reach the result required by the law,” whatever her preferences might be.

That’s because, in the view of the political left, the court ought to be merely another weapon in its political arsenal.

Do you think Democrats want to turn the Supreme Court into a progressive oligarchy?

Conservatives see the judiciary as Alexander Hamilton characterized it in Federalist No. 78: as the “least dangerous” branch, capable of “neither force nor will, but merely judgment,” an institution whose legitimacy rests on its unwillingness to “exercise WILL instead of JUDGMENT.”

Liberals see the court as a super-legislature, designed to act as moral arbiters on behalf of progressive values. That’s why former President Barack Obama said that judges ought to be selected for the quality of “empathy, of understanding and identifying with people’s hopes and struggles, as an essential ingredient for arriving at just decisions and outcomes.”

Critical legal theorists have suggested that conservatives are fibbing — that their view of the judiciary as relegated to judgment alone is merely cover for the reinforcement of their political priorities. But the data suggest otherwise.

During the 2019 Supreme Court term, for example, out of some 67 decisions, the four justices appointed by Democrats voted together 51 times; Republican appointees only voted together 37 times. As Ilya Shapiro of the Cato Institute has pointed out, “it’s the [Ruth Bader] Ginsburg Four that represent a bloc geared toward progressive policy outcomes.”

Republican appointees, in other words, are politically heterodox significantly more often than Democratic appointees. That’s because, on a fundamental level, they take their job — and the constitutional separation of powers — seriously.

Roe v. Wade has become holy writ on the political left, specifically because it robbed the American people of their right to vote on the issue of abortion. Democrats see nothing but glory in Supreme Court justices seizing authority to protect abortion on behalf of defining “one’s own concept of existence, of meaning, of the universe, and of the mystery of human life” (Planned Parenthood v. Casey, 1992).

They see nothing but wonder in Supreme Court justices declaring that the judiciary has been delegated enforcement of “a charter protecting the right of all persons to enjoy liberty as we learn its meaning” (Obergefell v. Hodges, 2015).

They see nothing but cause for celebration in the Supreme Court cramming down on the American people their own sense of our “evolving standards of decency” (Trop v. Dulles, 1958) or the importance of never-before-defined “emanations” and “penumbras” (Griswold v. Connecticut, 1965). They want the court to act as an oligarchy.

And they are angry that Barrett’s nomination has moved the court away from that progressive, oligarchic rule.

That’s why they’re threatening to pack the court — because they wish to restore that oligarchy to power.

And that’s just another reason why, for all the talk about Donald Trump’s threats to core American institutions, he can’t hold a candle to even mainstream Democratic willingness to trash checks and balances on behalf of power.