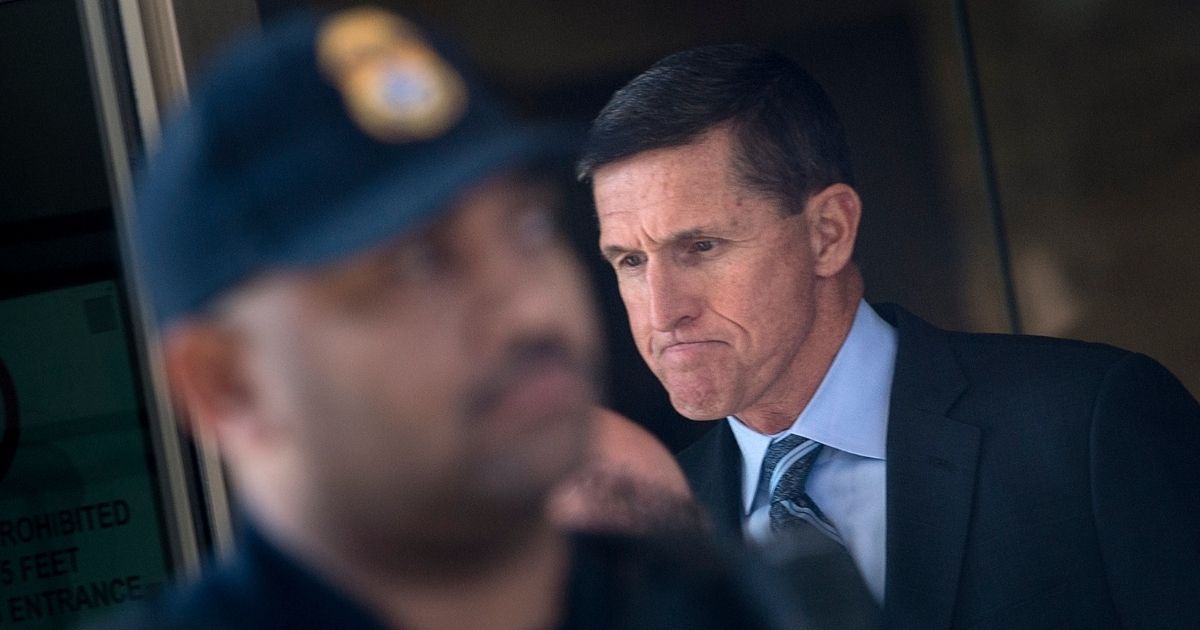 Gen. Michael Flynn delivered a stark plea to the American people Tuesday, urging that they “get involved” to prevent big government growth on the back of public security fears stemming from the Capitol Hill riot.

Following nationwide voter fraud allegations from the Trump camp and its supporters, the deadly Jan. 6 incursion into the Capitol disrupted congressional certification of the 2020 presidential election results and prompted a bipartisan contingent of establishment figures to accuse former President Donald Trump of deliberately attempting to undermine the peaceful transition of power.

That narrative then morphed into allegations of an outright “coup” in the United States.

The result was several weeks of armed forces occupation in Washington, D.C., with 25,000 National Guard troops operating armed checkpoints and a de facto “green zone” around Capitol Hill. The military presence was maintained until after Inauguration Day festivities came to a close — but the U.S. intelligence response persisted well into February, when reports revealed efforts to use private cellular data in an effort to track members of the Capitol mob.

In an hour-long feature interview with The Western Journal, Flynn blew the whistle on these developments, warning the rapid growth and cooperative nature of Big Tech and big government could doom the American people to decades in the crossfire.

“The scarier issue that you are raising, and this is something that needs to be solved … is the partnership between private technology companies and the United States government,” Flynn said. “Especially our law enforcement and intelligence services, our intelligence community and other elements of our government, the Department of Justice. I mean, there’s some need to be able to listen to somebody’s phones, if it’s a proper warrant and all that for criminal behavior.”

“I understand all that, but what we’re really talking about is a much different relationship: This relationship between Big Tech and big government that now is in every aspect of our lives,” Flynn said.

Flynn is no stranger to the expansion and abuse of the surveillance state.

Caught up in Special Counsel Robert Mueller’s investigation into alleged Russian interference in the 2016 presidential election, the general was fingered for potential Logan Act violations as a result of conversations with then-Russian ambassador Sergey Kislyak prior to Trump’s inauguration.

Signed into law in 1799, the Logan Act was aimed at preventing non-government actors and unauthorized American citizens from carrying out policy negotiations with foreign governments.

The vague and archaic statute has never been successfully prosecuted. Its use as a pretext for wiretaps and further investigation into Flynn did, however, result in interrogation scenarios that would later force the general to plead guilty on charges of knowingly providing false statements to the FBI.

When the Department of Justice moved to unseal FBI notes from the Mueller investigation in April, it was revealed that investigators considered a series of approaches to their questioning, but eventually settled on instigating a lie in order to pit Flynn against Trump with the promise of a lenient plea deal. “What is our goal?” one of the FBI notes read. “Truth/Admission or to get him to lie, so we can prosecute him or get him fired?”

Overnight, the documents sparked a firestorm in political circles, validating public concerns about the integrity of the Russia probe and forcing the judiciary to once again reconsider Flynn’s attempt to withdraw the guilty plea.

RELATED: Wayne Allyn Root Blasts Twitter for Banning Him Without Explanation: ‘Soon They’re Coming for You’

Those discussions were eventually rendered immaterial when Trump granted Flynn a full pardon — but not before the developments prolonged an already drawn-out proceeding, ramping up the legal debt and dragging the general through the mud.

“I am a big advocate of innovation and technology, and I used it on the battlefield with the talent of many young men and women in a very innovative way and in an enlightened way,” Flynn said. “But now when we start to look at it to get into what is essentially our ability to freely speak our mind, our ability to freely operate legally and lawfully as we see fit in the roles that we are in.”

“They were doing unlawful things to me. And as I said earlier, I have faced corruption up close and personal.”

The general was quick to emphasize the risk further surveillance state expansions would pose to the wider society.

In light of 9/11, widespread fear and political apathy had led to rapid expansions of government power under the vague pretext of bettering national security and providing the U.S. teeth in its global war on terror. The technical apparatus, state-corporate cooperation and government secrecy ushered in as a result was a broader institution left standing in the wake of that fight.

Do you fear the growth of Big Tech and big government?

According to Flynn, the government’s success in turning that institution on private citizens between the 2016 and 2020 presidential election would set a bold new precedent — one that would not be overturned without the grassroots return to general civic engagement.

“We can’t keep saying those bums who are the politicians in whatever capital or or or in Washington, D.C.? Well, guess what? We the people are the ones that voted them in. So we have to take more responsibility for that as we the people, to get out and get involved in our local communities,” Flynn said.

“If we don’t, then I begin to question whether or not we can keep this republic as we know it today.”