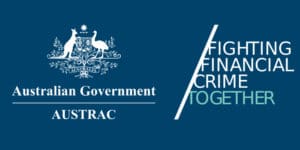 By many different metrics, Australia ranks among the top 20 economies in the world. That prominent economic role makes financial regulators vital in minimizing the opportunities for foul play. One of those regulators is the Australian Transaction Reports and Analysis Centre (AUSTRAC).

The government financial intelligence agency started working in 1989. It was prompted by the Financial Transaction Reports Act 1988. AUSTRAC works to apply the principles from the Financial Action Task Force on Money Laundering (FATF) in Australia. However, implementing the task force’s recommendations is far from the only role the agency plays.

AUSTRAC is a member of many different agencies that work to ensure economic fairness. Among those, we’ve mentioned FTAF, but are also the Global Forum on Transparency and Exchange of Information for Tax Purposes, Asset Recovery Interagency Network Asia Pacific, and Egmont Group of Financial Intelligence Units. It also ranks as an observer in Camden Assets Recovery Interagency Network. As we can see, it’s a highly regarded domestic financial regulator.

It also plays an additional role in preventing any potential terrorist organization funding. Under the Anti-Money Laundering and Counter-Terrorism Financing Act 2006, AUSTRAC monitors any such funding actions. In 2014, the agency’s Terrorism financing in Australia 2014 report noted that financing terrorism seriously threatens Australia’s domestic and international interests.

So now that we’ve covered the broad strokes, we should take a closer look at what exactly AUSTRAC does. Primarily, it plays the role of collecting and inspecting financial reports. That allows the agency to create financial intelligence. The end-goal of the entire ordeal is to prevent or collect information about criminal activities. On multiple occasions, AUSTRAC aided investigations that law enforcement or national security were conducting.

It has multiple areas of particular interest, terrorist financing being only one of them. The agency also plays a significant role in preventing welfare fraud, organized crime, and money laundering.

The AML/CTF Act specifies entities that must report to AUSTRAC in order to function properly. That primarily includes those dealing in cash, financial transactions, cryptocurrencies, and bullion. The list consists of banks, corporations, insurance companies, brokers, digital currency exchange providers, casinos, and many others. These are all unified under the banner of reporting entities.

These entities must report any transactions involving large monetary amounts to AUSTRAC. The exact sum is 10,000 AUD or the equivalent in foreign currencies. On top of that, the reporting entities also need to file a report about any international funds moving in or out of Australia. Lastly, they also have an obligation to turn in information about any suspicious-looking transactions.

There are certain exclusions to the rules, such as payroll, vending machine, or retail takings. However, if a reporting entity fails to report a transaction that ends up being crime-related, they face severe repercussions. That includes hefty fines with tight deadlines for payment or even time behind bars for officers.

Another requirement AUSTRAC imposes onto its reporting entities is customer identification. The entities need to use the 100-point check system to verify clients’ identities. Only verified customers can operate financial accounts, and as such, an unidentified individual couldn’t, for example, withdraw money from an account.

However, identification is commonly transferrable between multiple accounts in an institution. That eliminates the need for customers to re-submit identification when opening more than one account with the same entity.

While AUSTRAC’s primary role includes dealing with institutions, individuals aren’t exempt from its rules. For example, a person must submit documentation if they’re bringing 10,000 AUD into the country. The same applies if they’re taking out that amount (or the equivalent in a different currency). Any attempts at circumventing the system are strictly punishable by law. So if, for example, a husband and wife would each try and bring in 5,000 AUD, that would be an illegal action.

Again, there are some exceptions. An example of that would be a known businessperson transferring funds in a way that doesn’t stand out from their account.

Individuals also must adhere to identification laws when opening accounts with financial institutions. For example, using a fake name or alias, or otherwise false information about your identity on such occasions is a federal crime. For such transgressions, individuals can earn up to two years in prison.