Home Daily News Austin: Politics Over Family – Why Do Progressives Continue to Disown Their... 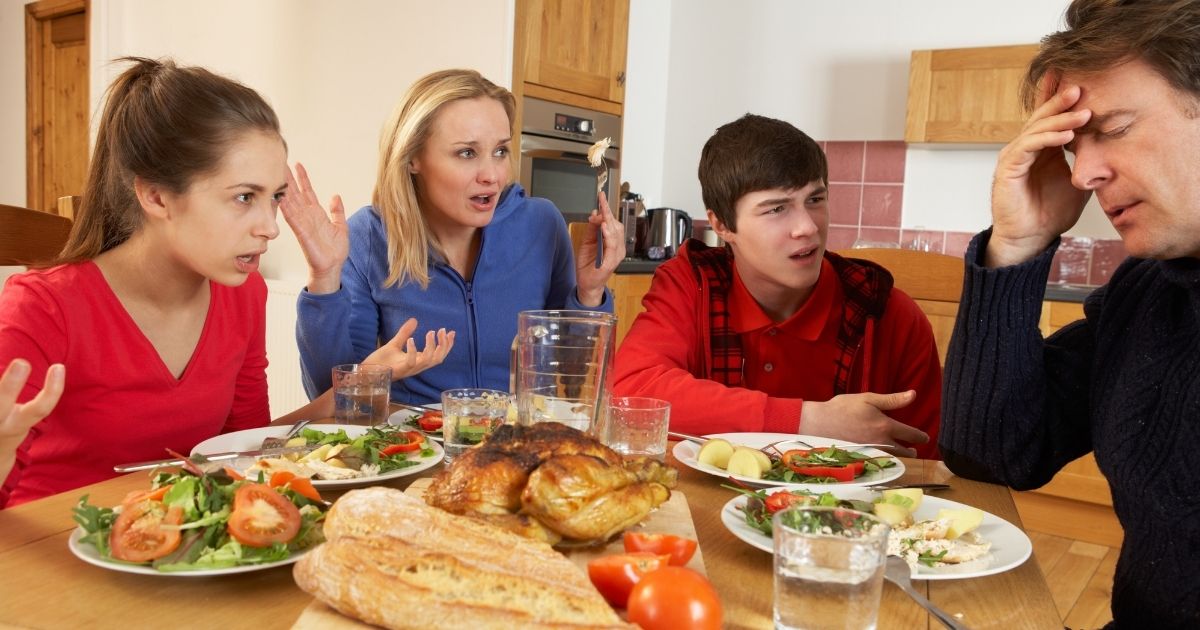 As political discourse in America continues to devolve into total detestation, an increasing number of progressives are electing to cut off their conservative friends and family.

I know this to be true not only from anecdotes and statistics, but from personal experience as well.

Since joining The Western Journal a little over a year ago, I’ve been educated on the true meaning of words like “friend” and “family.”

After only a few months of working as a conservative journalist, one of my lifelong friends called me up to let me know he was disowning me. He further explained that he could no longer, in good conscience, associate himself with someone who promotes the particular conservative values that I do.

As time went on, a few other now-former friends followed suit, albeit absent the over-the-top theatrics.

Then, more recently, a rift was torn open in my extended family, with my more progressive relatives splitting off and denouncing the views of those of us who supported Donald Trump and his more conservative, free-market agenda in the recent 2020 election.

One of them even reached out to me at one point, claiming she could no longer follow me on social media after I had written and shared a column decrying many of the Black Lives Matter organization’s anti-Christian views.

It would be easy for me to use this column to facilitate my own self-gratification by simply debunking their views and defending my own.

But that would be a waste.

Should you disown those you disagree with politically?

There are much deeper, more important questions to be explored here.

Why are progressives disowning those family and friends with whom they disagree?

Even more importantly, if you honestly believe your loved ones harbor illicit or even hateful beliefs, would disowning and shutting those people out of your life be the moral thing to do?

When it comes to the first question, liberals and conservatives agree that political disownment is a largely liberal phenomenon.

According to a survey conducted by three professors at the University of North Carolina and released last year, liberal undergraduate students are much more likely to be intolerant of opposing viewpoints than their conservative peers.

Furthermore, a 2016 article from the liberal-slanted New York Times admitted the fact that political disownment is often completely one-sided.

“Democrats have dug in their heels, and in some cases are refusing to sit across the table from relatives who voted for President-elect Donald J. Trump,” the article reads.

Examining The Times’ findings in an Op-Ed for National Review, conservative icon Dennis Prager explained the reasons why he believes left-wingers tend to cut conservatives out of their lives.

Of the reasons Prager listed, these five especially aligned with my aforementioned personal experiences dealing with political disownment.

But, as I mentioned before, even if you believe your friends are engaging in hateful ideas, is it morally right to disown them?

Those looking for the answer to that question need look no further than at the life of Daryl Davis.

An African-American jazz pianist, Davis’ tolerance for opposing views was truly put to the test when an “older white guy” — Davis’ words — approached him following one of Davis’ shows.

According to The Guardian, the two men began a conversation over drinks, discussing their shared love of music, which later led to the patron sharing a shocking revelation with Davis.

He was a member of the Ku Klux Klan.

Davis’ response could have rightfully been one of scorn and contempt.

After all, this stranger believed him to be lesser simply for being born with the wrong shade of skin.

Instead, Davis “used this encounter as an opportunity for friendly discourse rather than outrage,” as The Guardian reported.

“The fact that a Klansman and black person could sit down at the same table and enjoy the same music, that was a seed planted. So what do you do when you plant a seed? You nourish it,” Davis told NPR.

From that one friendly conversation, Davis found a new calling.

In the decades since that fateful night, Davis has met with and held dialogues with numerous KKK members — many of whom he became close with.

Unlike these men that Davis approached and befriended with such grace, the vast majority of conservatives, Republicans and those of us who supported Trump in 2020 are not white supremacist or racist in any way.

If Davis can cross such a tempestuous cultural gap, our progressive brothers and sisters should be able to do the same and offer more grace when it comes to political differences.

Beyond the example provided by Davis, scripture offers some keen insight on how we should treat those we disagree with.

When Paul wrote to the Corinthians, the church was divided.

It was rich in gifts and spiritual resources, yet beset with division and sin.

Some of this division was rooted in how many members of the church, endowed with spiritual gifts, looked down upon those who they saw as less gifted.

But the Apostle Paul argued that “the parts that we think are less honorable” should be treated “with special honor.”

Everyone within the body of Christ matters.

“The eye cannot say to the hand, ‘I don’t need you!’ And the head cannot say to the feet, ‘I don’t need you!’ On the contrary, those parts of the body that seem to be weaker are indispensable, and the parts that we think are less honorable we treat with special honor. And the parts that are unpresentable are treated with special modesty, while our presentable parts need no special treatment. But God has put the body together, giving greater honor to the parts that lacked it, so that there should be no division in the body, but that its parts should have equal concern for each other. If one part suffers, every part suffers with it; if one part is honored, every part rejoices with it,” 1 Corinthians 12:21-26 reads.