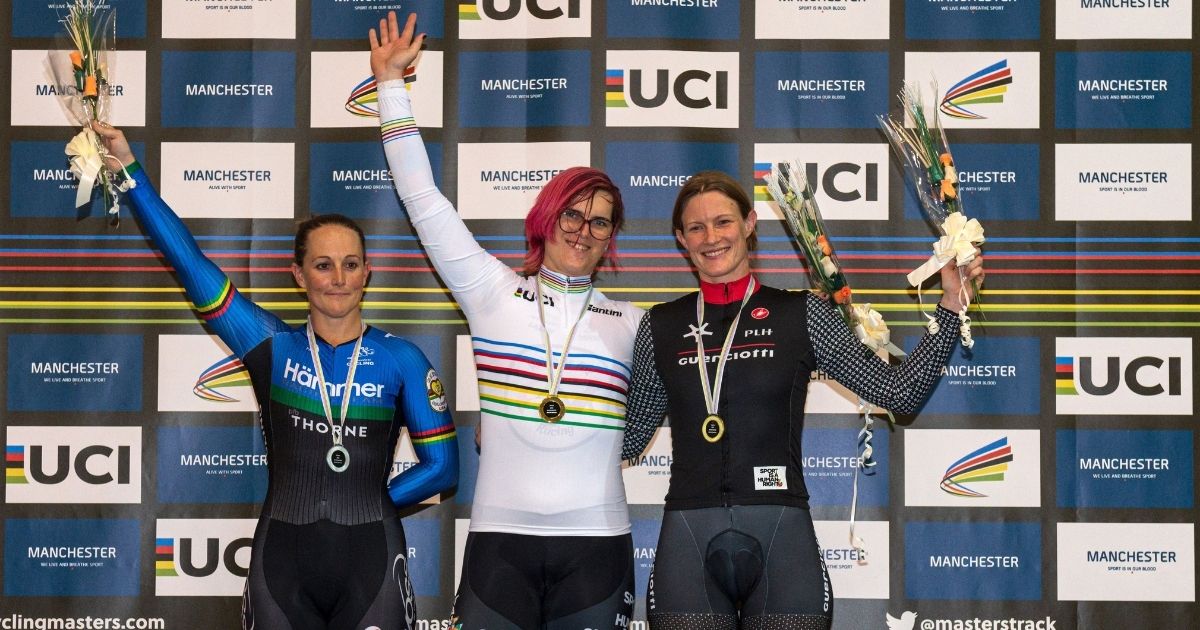 If there ever was any doubt, 2021 has made it clear that the left has abandoned adherence to scientific truth.

Nowhere is this sentiment more evident than in the current progressive push to allow transgender women — men who identify as women — to participate in women’s sports.

Men are born with physical advantages over women, making such an inclusion unfair.

Despite this fact, leftists continue to argue such an inclusion would not pose any problems.

Discussions about this issue have heated up dramatically following President Joe Biden’s signing of an executive order banning gender identity discrimination, essentially allowing men who identity as women access to facilities and opportunities traditionally set aside for biological women.

For example, the American Civil Liberties Union on Wednesday put out several tweets defending such an idea and claiming to debunk the “4 myths about trans people in school sports.”

All four “facts” issued by the ACLU are equally illogical and unscientific, although they do accurately represent the modern-day left’s thinking on this subject.

The first “fact” declared by the ACLU simply states that “trans girls are girls.”

“There is no one way for our bodies to be. Women, including women who are transgender, intersex, or disabled, have a range of different physical characteristics,” the tweet read.

“Biological sex and gender are not binaries. There are no set hormone ranges, body parts, or chromosomes that all people of a particular sex or gender have.”

Should biological men be allowed to compete in women’s sports?

It’s unclear what arbitrary, imaginary definition of “woman” the ACLU is basing these statements on, but one thing is certain — the science says differently.

Evolutionary biologist Heather E. Heying, who is by no means politically conservative, flawlessly explained as much in a reply to the tweet.

“Gametes reveal our sex. Going through development as a male permanently changes your body, and provides advantages in strength, speed, and power. Variation within categories does not render the categories invalid,” Heying wrote.

FACT TWO: Trans athletes do not have an unfair advantage in sports. pic.twitter.com/1aTLqi6A8i

Next, the organization argued that since “trans athletes vary in athletic ability,” they “do not have an unfair advantage in sports.”

As mentioned above by Heying, this is untrue given men’s clear advantages in “strength, speed, and power.”

Moreover, simply because some men are poor athletes and can be beaten by their female counterparts doesn’t mean they have no unfair advantages.

Even if they aren’t sweeping all of the first-place prizes (which has happened on numerous occasions), less athletic transgender athletes are still more advantaged than, and taking the place of, females who  also are less athletically advantaged.

In other words, regardless of whether trans athletes are competent within their sport, they are competing with inherent advantages and taking away opportunities that should be afforded to biological females.

FACT THREE: Including trans athletes will benefit everyone. pic.twitter.com/H0Fpt8xb4X

The third “fact” shared by the ACLU proved to be as erroneous as the first two — “including trans athletes will benefit everyone.”

“Including trans athletes” in women’s sports does not “benefit” women. It does the opposite.

The “Save Women’s Sports Act,” a Montana bill designed to push back against the push for the inclusion of trans athletes, pointed this out succinctly.

“Having separate sex-specific teams furthers efforts to promote sex equality, and sex-specific teams accomplish this by providing opportunities for female athletes to demonstrate their skill, strength, and athletic abilities while also providing them with opportunities to obtain recognition and accolades, college scholarships, and the numerous other long-term benefits that flow from success in athletic endeavors,” the bill reads.

Females who wish to enter athletics should not be forced to compete for these opportunities with biological males.

Given men’s inherent physical advantages, this “inclusion” could lead to biological men dominating both men’s and women’s sports.

Would that “benefit everyone?”

FACT FOUR: Trans people belong on the same teams as other students. pic.twitter.com/iTV7lHI7UV

Lastly, the ACLU plainly states that “trans people belong on the same teams as other students.”

“Trans people, like all people, may experience detrimental effects to their physical and emotional wellbeing when they are pushed out of affirming spaces and communities,” according to the ACLU.

If the “emotional wellbeing” of transgender individuals truly is of utmost importance, constantly teaching them to view everything as an act of pernicious bigotry through “affirming spaces” is counterproductive.

Instead, they should be taught to deal with the reality of their situation — despite how they feel, transgender women are biological men, and they don’t “belong” in any spaces specifically designed for biological women.

Trans Athletes Should Be Treated Equally, Not Given Special Rights

In the end, transgender athletes should be treated the same as everyone else, regardless of what the ACLU thinks.

This would mean allowing them to compete with others of the same biological sex.

To give the ACLU its due, this is an example of discrimination based on gender identity.

However, there is one fact that leftists continually fail to consider — the alternative would undeniably be discrimination based on sex.

In any society, all views cannot be simultaneously treated as equal — some must be prioritized over others.

America’s political right has chosen to discriminate against a tiny minority of the population by not allowing them to redefine biology based on their personal intuitions.

Conversely, the American left has chosen to discriminate against every girl and woman in the country by erasing their sex-specific rights.