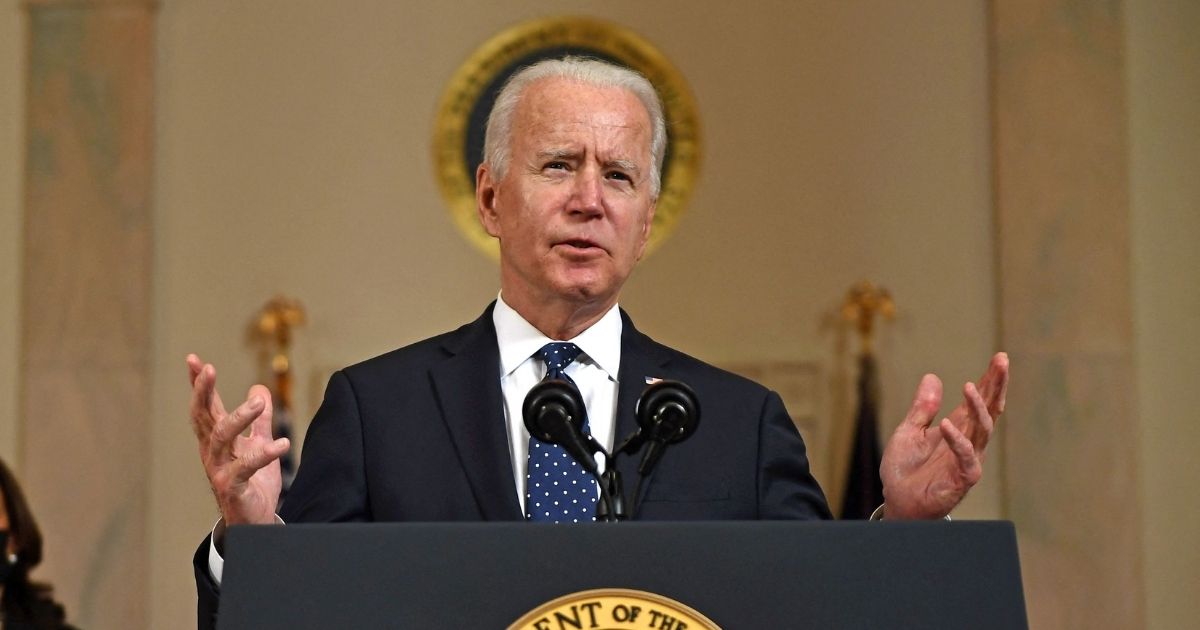 Despite the fact that millions of Americans are struggling and unemployed amid the ongoing coronavirus pandemic, the Biden administration will make available an additional 22,000 H-2B seasonal work visas so companies can import 22,000 more foreign workers.

The Wall Street Journal first reported the added visas, which are often used during labor shortages, will be in addition to the already 66,000 such visas available annually to seasonal foreign nationals.

Do you know anyone not currently working who can cut grass, monitor the pH level of the water in a fishery or handle odd jobs at a county fair? That person will now face more competition from imported workers while millions of Americans remain sidelined from the workforce.

Such jobs are in high demand, according to the report.

The Department of Homeland Security, which you’d assume would have its hands full with the country’s border crisis, announced it wants to offer more opportunities for foreign workers.

“As the nation’s economy continues to reopen safely, the Department of Homeland Security (DHS) is taking action to ensure that American businesses are equipped with the resources needed to recover successfully and contribute to the economic health of local communities,” the department said in a statement Tuesday.

“In light of increased labor demands, DHS is announcing a supplemental increase of 22,000 visas for the H-2B Temporary Non-Agricultural Worker program. The additional visas will be made available in the coming months via a temporary final rule in the Federal Register,” DHS added.

“Furthermore, to expand lawful pathways for opportunity in the United States consistent with the President’s Executive Order 14010 on ‘Creating a Comprehensive Regional Framework to Address the Causes of Migration, to Manage Migration Throughout North and Central America, and to Provide Safe and Orderly Processing of Asylum Seekers at the United States Border,’ 6,000 of these visas will be reserved for nationals of the Northern Triangle countries of Honduras, El Salvador, and Guatemala.”

Did you catch that? DHS and its ineffectual leader, Secretary Alejandro Mayorkas, are worrying about offering 6,000 jobs to people coming in from Central America before anyone in the Biden administration starts worrying about the people in your city or county.

Do you think the Biden administration cares about American citizens?

Mayorkas commented on the decision to import more foreign labor in a series of tweets on Tuesday.

“The H-2B program is designed to help U.S. employers fill temporary seasonal jobs, while safeguarding the livelihoods of American workers,” he tweeted.

and that employing H-2B workers will not adversely affect the wages and working conditions of similarly employed U.S. workers.

RELATED: Number of Migrant Children Reported in Mexico on Way to US Skyrockets 900% in 3 Months

Additional visas would presumably cut down on labor man-hours at the border where Mayorkas has U.S. Customs and Border Protection agents essentially working as babysitters for children. This is as droves of people from places such as Honduras, El Salvador and Guatemala continue to flow into the country.

DHS is apparently streamlining the process where a person can enter the country and take a job away from an American citizen. These visas, a favorite of Democrats and establishment Republicans, will cut down on the need for people to illegally cross the border to work. Now, they can presumably board an airplane!

No person has ever overstayed a visa, so this is certainly all “temporary,” as DHS noted.

While the federal government makes available more temporary seasonal visas, 9.7 million Americans reported being out of work at the beginning of April, according to the Bureau of Labor Statistics.

Some of the reported 9.7 million people not working could without a doubt use a paycheck as inflation rises, gas prices skyrocket, rental rates are ballooning and it is now essentially impossible for Federal Housing Administration loan qualifiers to purchase a home thanks to a housing market with no inventory.

Common sense would tell us that in the current jobs climate, there is no need for imported workers — especially additional ones. Common sense and big government, though, don’t often belong in the same sentence.

While Americans struggle to come back from lockdowns on business and other activities throughout the last year, the labor lobby is apparently thriving.

With a whole three years and seven months of the Biden administration’s leadership left on the clock, perhaps the federal government will eventually run out of foreign nationals to prioritize. Only then, apparently, can the American people be offered a lifeline.