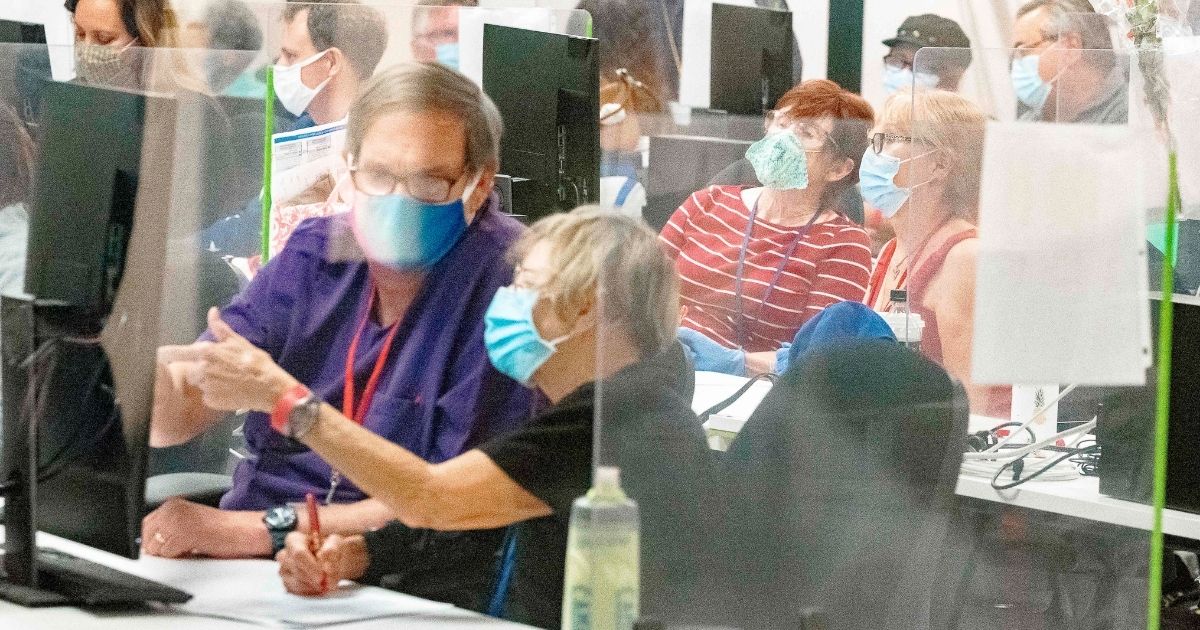 Arizona will conduct a full hand recount of the votes cast last fall in Maricopa County, according to state Senate Republicans who have been pushing for a review of the election results for months.

The imminent action was announced Thursday.

“This audit will be broad and detailed: the team will include, but is not limited to, testing the machines, scanning the ballots, performing a full hand count and checking for any IT breaches,” Senate President Karen Fann said in a release.

“When all the work is done, there will be a full report for the Senate and County to review. Our voters expect this audit, and it can be a big step in returning trust and confidence in our election process,” the statement said.

In December, the state Senate’s Judiciary Committee voted to issue subpoenas and seize machines made by Dominion Voting Systems that were used in Maricopa County.

At the time, GOP senators said this would be a way to lay to rest any concerns about the integrity of the election, amid unproven claims that the machines could be targets for ballot manipulation. In response, the Maricopa County Board of Supervisors refused.

Since that time, Senate Republicans have been battling county officials over access to the voting machines, and last month won a lawsuit to access to the ballots, according to the Arizona Republic.

Roughly 2.1 million votes were cast in Maricopa County, just under two-thirds of approximately 3.3 million ballots cast in the state.

Could this change the way the country sees the 2020 election?

“As thousands of our voters continue to call for a thorough audit of the 2020 election in Maricopa County, I am pleased to report we have narrowed it down to a preferred forensic audit team. We are negotiating final details on the execution of the audit and hope to have an announcement soon,” Fann said in the statement.

“Our desire is to work closely with the County Board of Supervisors, and the Senate continues to believe the proper location of the audit is at the County, to preserve the chain of custody and maintain security of the ballots and equipment,” she said in the statement.

County spokesman Fields Moseley said the county has not had any recent talks with the state about using its facilities.

In a statement, Fann said cooperation is key.

“Our goal is to make this a bipartisan effort with full transparency and in joint cooperation with Maricopa County officials. We’ve been reaching out to experts on election processes in Arizona and around the nation and hope to have the best and brightest involved in the audit,” Fann said in the statement.

County officials have said repeatedly that multiple reviews have shown no problems with how the election was conducted.

A new forensic audit has found “no evidence of tampering or hacking” in voting machines in Maricopa County, Arizona, offering more proof that the presidential election was free and fair. https://t.co/mSQIzdXppe

Fann has said the issue of the election integrity is “not going away.”

“We have tens of thousands of voters who have questions about the county’s election. Whether they’re founded or unfounded, I don’t know. We as a Senate body have an obligation to our constituents to get answers to their questions,” Fann has said.

“What we are trying is to prove to the voters of Maricopa County that they can trust and count on their election process,” Republican Sen. Rick Gray said. “I think that is reasonable. I think that is necessary.”