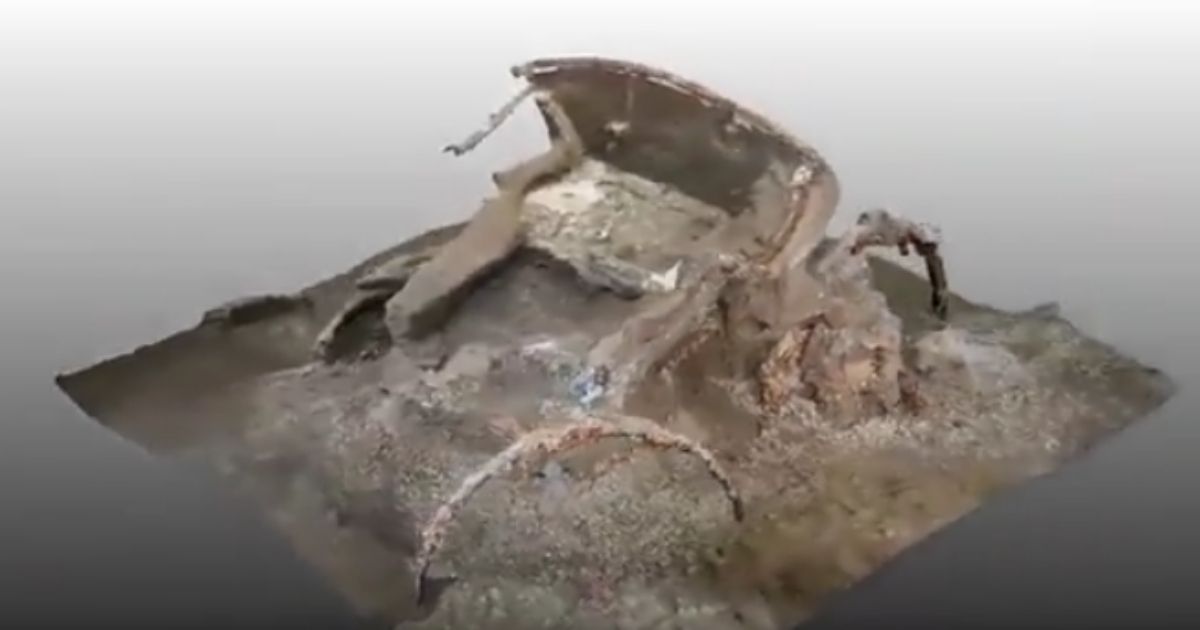 One unique artifact, a well-preserved ceremonial chariot uncovered in February near the lost city of Pompeii, allows us to study more about life in the area nearly 2,000 years after Mount Vesuvius’ fateful eruption in 79 A.D.

According to Fox News, the chariot discovery, which came from an excavation site north of the ancient city, in Civita Giuliana,  reportedly is made out of “iron, bronze, tin and mineralized wood.”

The four-wheeled processional chariot. The latest discovery of #Pompeii. pic.twitter.com/4OssC4Crdp

Its elaborate appearance, including “bronze and tin medallions depicting satyrs, nymphs and cupids,” leads archaeologists to believe Romans used the four-wheeled chariot for “festivals, parades, weddings, and other ceremonial events,” according to Smithsonian Magazine.

“This is a Lamborghini,” Eric Poehler, an archaeologist at the University of Massachusetts Amherst, told NPR.

Does studying ancient civilizations make us understand more about ourselves?

“This is an outright fancy, fancy car.”

In a press release, the Archaeological Park of Pompeii called the chariot “an extraordinary find.”

Amazing. This chariot allow us to witness a snippet of an ancient city that fell victim to disaster 1,942 years ago.

What do such discoveries say about the nature of history or even what history can become for future generations?

Perhaps this means that, 2,000 years from now, a simple car could be the latest unearthed artifact.

People living in Pompeii probably never considered even that their most elaborate chariot would be a source of intrigue a few thousand years later.

And people living two centuries ago probably never would have imagined chamber pots or petticoats becoming artifacts of a bygone era either, but history has a strange way of preserving itself.

At some point, the video cassette, the video store or a CD player became a relic.

So what will our next relic be?