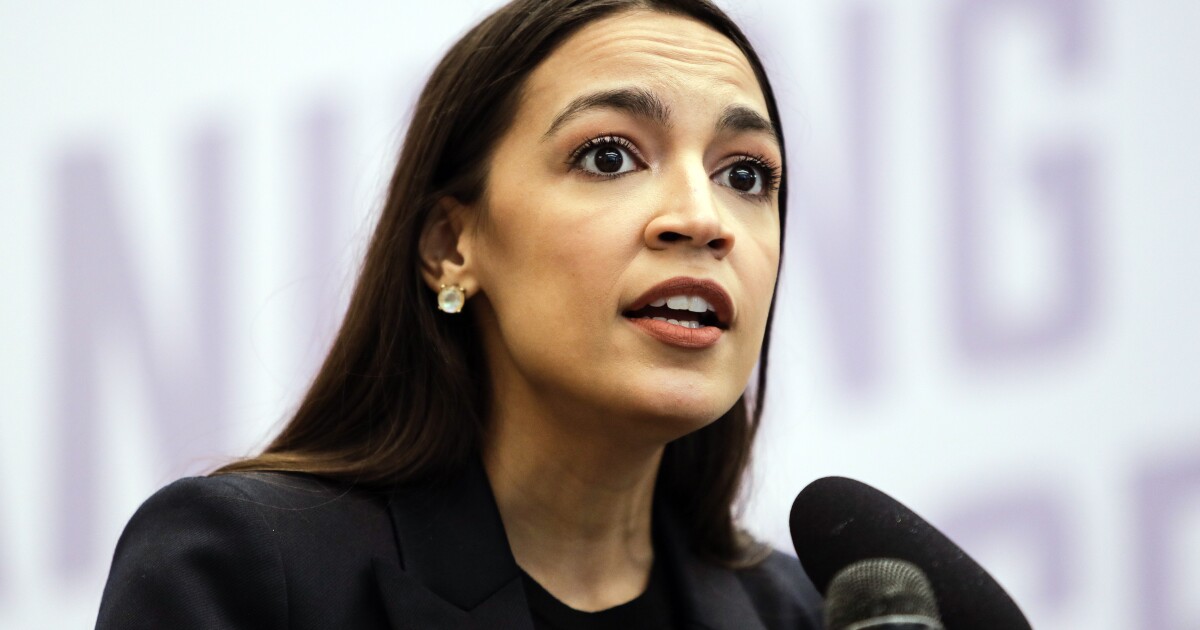 The New York representative went on a righteous tear Monday after it became clear that Congress was going to pass a massive, 5,500-page coronavirus aid and government funding package that lawmakers had not read.

“Congress is expected to vote on the second-largest bill in US history today — $2.5 trillion — and as of about 1pm, members don’t even have the legislative text of it yet,” said Ocasio-Cortez on Twitter. “It’s not good enough to hear about what’s in the bill. Members of Congress need to see & read the bills we are expected to vote on.”

She added later, “Members of Congress have not read this bill. It’s over 5000 pages, arrived at 2pm today, and we are told to expect a vote on it in 2 hours. This isn’t governance. It’s hostage-taking.”

If only she had actually voted against the colossal year-end spending bill in its entirety, she’d really be on to something. But she didn’t. Not quite, anyway.

The House held two votes Monday to pass the omnibus package. Ocasio-Cortez joined with 230 Democrats and 128 Republicans in voting “yea” on eight separate spending bills, pandemic aid, and numerous other provisions. She did, however, vote “nay” on a measure to approve the Commerce-Justice-Science, Defense, Financial Services, and Homeland Security portions of the omnibus bill.

Missed it by that much, congresswoman.

The COVID-19 relief bill is bundled with other legislation, including a $1.4 trillion measure to fund the government through 2021. The government funding and virus aid bill is also chockablock with bewildering add-ons, including a statement of policy “regarding the succession or reincarnation of the Dalai Lama,” $10 million for “gender programs” in Pakistan, and the creation of a committee to regulate performance-enhancing drugs in horse racing.

Ocasio-Cortez was not alone in voicing frustration at the lack of time given to inspect the bill. She was joined Monday by Libertarian Rep. Justin Amash of Michigan and Republican Rep. Ken Buck of Colorado.

“For half a year, congressional leaders refused to put any legislation on the floor to be considered and scrutinized and amended,” said the Michigan lawmaker. “Now, they release a 5,593-page bill with no opportunity to read it, let alone amend it. No responsible legislator should vote for such a thing.”

The difference here is that Amash and Buck actually voted “nay” on all motions. Unlike the congresswoman, their protestations were more than just performative outrage for an audience on social media.

So, all credit goes to them. They actually followed through on their opposition.

That said, good on Ocasio-Cortez for staking out the obviously correct position. Good on her for frequently drawing attention to what is easily one of the most shameful truths of Congress — that lawmakers rarely, if ever, read the damn bills. The New York congresswoman is correct when she says it’s a disgrace.

If only her actions matched her rhetoric.