Home Daily News Any Politician Who Votes Down These Anti-Communist Party of China Bills Needs... 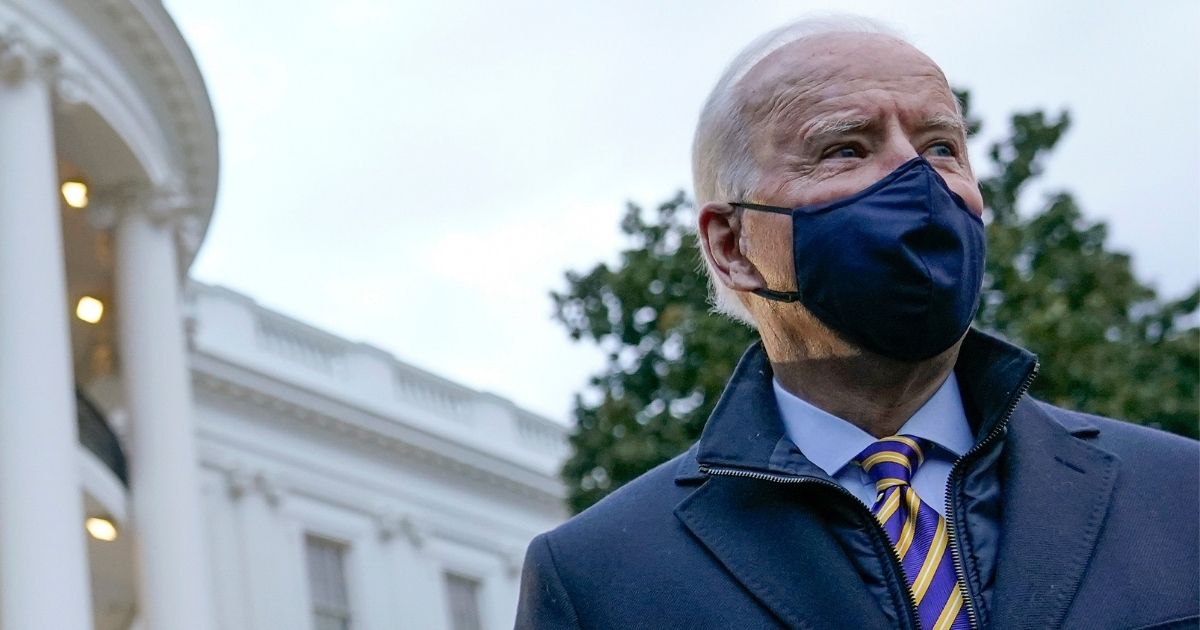 “Russia is a problem. China is a crisis.”

Many House Republicans agree with that assessment and are very concerned about the weakness that President Joe Biden and members of his administration have projected toward the China.

The country’s leaders are laser-focused on their dream of world domination and, like our own Democratic Party, will do whatever is necessary to achieve it.

GOP lawmakers have introduced a number of bills this week intended to stem the CCP’s influence in the United States. The purpose of this proposed legislation is to expose Biden’s and the Democrats’ unwillingness to defy China.

The Republicans will be watching to see which members of Congress support the measures and which do not.

At the helm of this campaign is Rep. Jim Banks of Indiana, the Chairman of the Republican Study Committee.

Banks told Breitbart News on Tuesday, “The Biden administration has lifted almost every single tough action the Trump administration took on China and has already demonstrated a clear pattern of going back to the tried and failed strategy of supporting China’s rise.”

“It’s not enough to compete with China, we must continue President Trump’s approach to confront China,” Banks said. “The Chinese Communist Party is not a partner, it’s the greatest threat to the U.S. and worldwide freedom and prosperity, and if we fail to treat them as such, we will reap severe consequences.”

Do any Democrats understand that China presents the greatest threat to U.S. national security?

Biden had a lengthy call with Chinese President Xi Jinping of China last week. The White House readout of the call tells us very little about the substance of their conversation.

It reads (in part): “President Biden underscored his fundamental concerns about Beijing’s coercive and unfair economic practices, crackdown in Hong Kong, human rights abuses in Xinjiang, and increasingly assertive actions in the region, including toward Taiwan.”

This one-sentence description doesn’t exactly inspire confidence that Biden stood up to the Chinese dictator on these issues.

In fact, Biden’s words about this call at the CNN town hall in Milwaukee on Tuesday night sounded as if he were giving Xi a pass for his government’s actions in Hong Kong and Taiwan, as well as its brutal treatment of the Uighurs in Western China.

He said, “Culturally there are different norms in each country, and their leaders are expected to follow.”

Banks’ committee has put together a six-page memo which compares the policies and actions of the Biden administration toward China to those of the Trump administration, and sees reason for concern.

The memo warns that “the Biden team so far has exhibited a pattern of weakness, and a return to Obama’s failed approach of engaging rather than holding China accountable for it’s bad behavior. The Obama administration mistakenly viewed China and the Chinese Communist Party (CCP) as a partner to solve international issues it deemed pressing, such as climate change, rather than a malign foreign adversary seeking to reorient the world order in its authoritarian image that must be confronted.”

The memo criticizes some of the executive orders Biden has already signed that are clearly not in America’s best interest.

Biden has rejoined the World Health Organization, even though the agency deceived the U.S. about the origins of the coronavirus.

Biden signed an executive order which provides the Chinese and the Russians with access to the U.S. power grid, reversing a Trump order that “barred them from getting into the nation’s energy supply.”

The document includes a list of top administration officials and identifies their links to the CCP, or past sympathetic statements they’ve made about the CCP.

On Thursday, the same day he introduced five new bills (out of an expected 17 from the committee) aimed at China, Banks issued a news release that said, “China is our foremost military adversary, but it also seeks to infiltrate our economy, universities, digital infrastructure and intelligence agencies. Congress should be focused on safeguarding each of these American institutions from the Chinese regime.”

According to the news release, Banks’ bills include:

“Placing restrictions on acquisitions by the People’s Republic of China”: “Empowers the Committee on Foreign Investment in the United States (CFIUS) — the body responsible for reviewing national security implications of foreign investments in U.S. companies or operations — to prevent predatory investments of American companies by the Chinese government.”

“Safe Career Transitions for Intelligence and National Security Professionals Act”: “Restricts the ability of national security professionals to work for certain foreign-government backed organizations for five years after a position which required a security clearance.”

Republicans have an accurate understanding of the threat that China presents. Unfortunately, Democrats either don’t quite recognize it or else they simply have more to gain by looking the other way on the country’s malfeasance.

The memo concluded that despite Secretary of State Antony Blinken’s statement that Trump’s tough approach on China was the best course of action, the Biden administration’s actions have shown “they will do the opposite.”

“The Biden administration’s approach to China,” it stated, “reflects much of the failed policies, and failed team, of the Obama administration, which saw China not as a competitor, but a nation that could be engaged on a whole host of issues from climate change to global development.”

They overlook the fact that China has become far more dangerous since the Obama years.

And finally, the memo came back to what they knew all along.

“The CCP is seeking to fundamentally reorder the international system in its image based on Communist authoritarianism. The U.S. cannot afford to return to leading from behind and the failed policies of the past.”