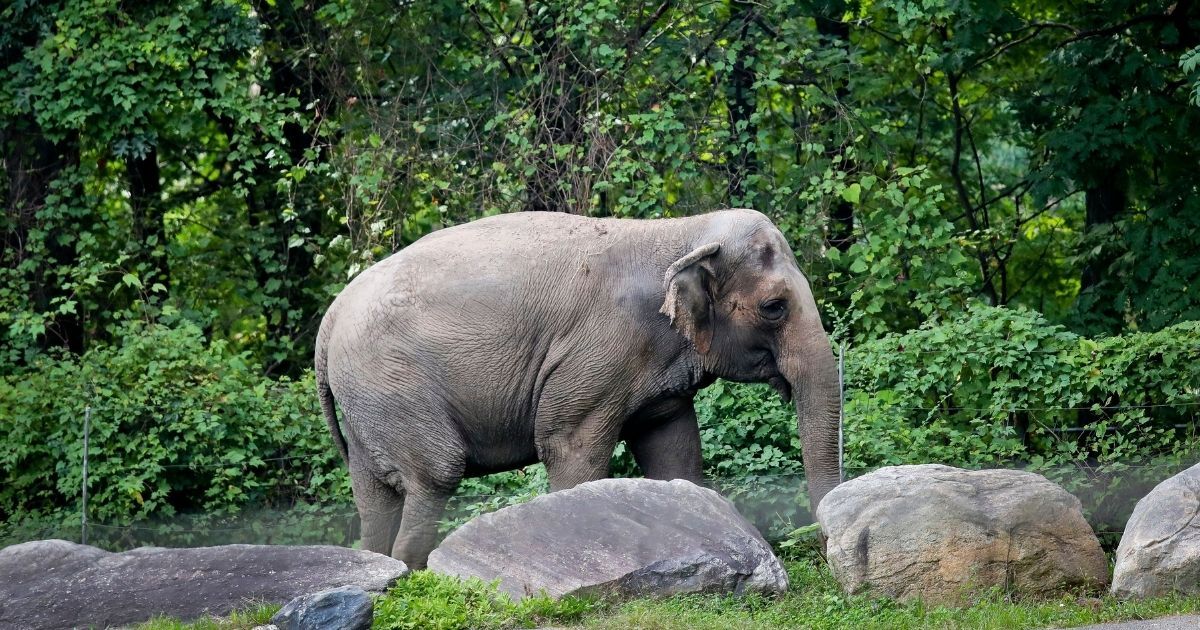 A New York state appeals court is being asked to release an elephant from the Bronx Zoo by declaring it to be legally a person.

Steven Wise, president of the Nonhuman Rights Project, is asking the Appellate Division of the state’s Supreme Court to grant “Happy” the Asian elephant freedom under habeas corpus, which would make her, legally, a person, according to the New York Post.

Wise wants the elephant transferred from the Bronx Zoo, where she has lived for more than 40 years, to a sanctuary in Tennessee as winter approaches.

During a virtual hearing Thursday, one of the five judges wondered whether the step might lead to the animal having the right to vote, according to the Times Union of Albany, New York.

“Isn’t all this better suited for the Legislature to act on?” Judge Jeffrey Oing asked. “I’m very sympathetic to what you’re saying here, but I’m not so sure we’re equipped to handle these kind of [matters].”

Wise said the issue isn’t animal welfare but the 49-year-old female elephant’s rights, making it a legal issue and not a legislative one.

Judge Ellen Gesmer asked Wise about the extent of the elephant’s rights.

“Does that mean that she would have all the rights, if we decided in your favor … of personhood in our country — including, for example, the right to vote?” she said, according to the Times Union.

Wise said the elephant would only have the right to liberty.

Does this idea have any merit?

“Why wouldn’t she have all the rights of a person once we decide she’s a person?” Gesmer asked.

The Nonhuman Rights Project first sued the Bronx Zoo in 2018, calling for recognition of Happy’s legal status as a person and her right to liberty.

In February, a state Supreme Court judge from Bronx County dismissed the group’s attempt to have the elephant freed through a writ of habeas corpus, according to the Gothamist.

Judge Alison Tuitt ruled that moving the elephant to a sanctuary might be a good idea, but she still tossed out the lawsuit.

RELATED: Dog Found Abandoned in Crate in Road with Bag of Food Beside Him, Woman Says

“This court agrees that Happy is more than just a legal thing, or property. She is an intelligent, autonomous being who should be treated with respect and dignity, and who may be entitled to liberty,” she ruled.

“Nonetheless, we are constrained by the caselaw to find that Happy is not a ‘person’ and is not being illegally imprisoned.”

Jim Breheny, director of the Bronx Zoo, called the effort to free the elephant “an ill-conceived attempt to have an elephant at the Bronx Zoo, Happy, declared a ‘person,’ entitled to protection under the writ of habeas corpus.”

Breheny said the group’s claims of the animal living in isolation were false.

“The Bronx Zoo takes excellent care of Happy and will continue to do so, along with all animals here at the zoo.

“Her well-being is assured by our dedicated staff and all the expertise they bring in providing excellent care for her for more than 40 years.”