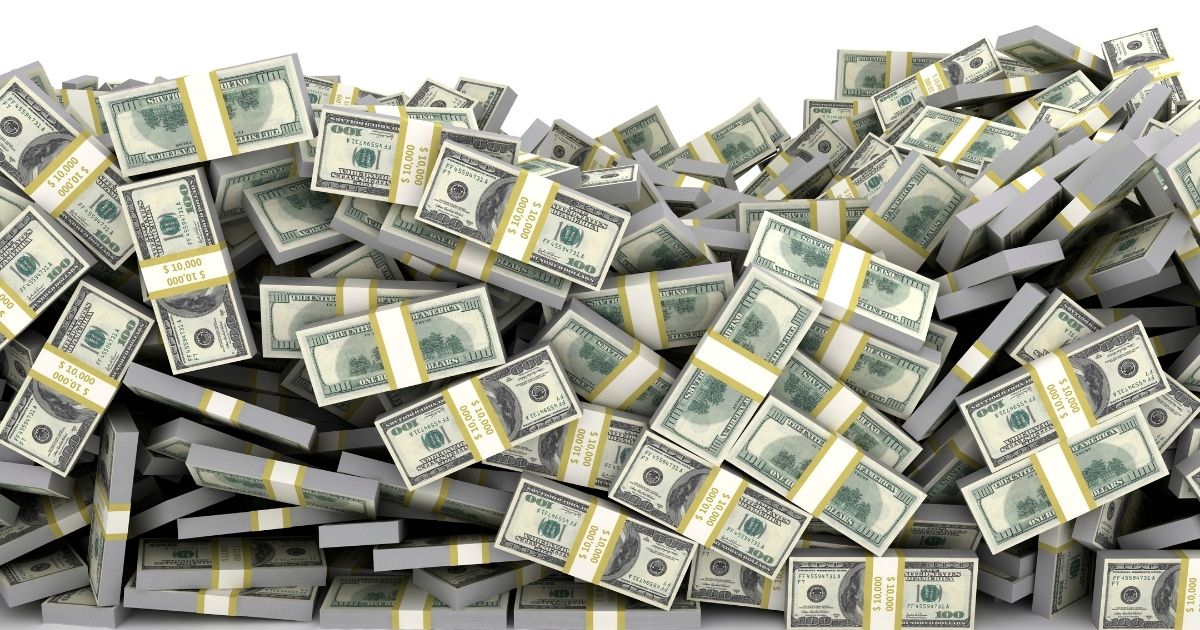 What could go wrong?

Evanston, Illinois, could be the first city in the United States to give reparations to its black residents. The reasoning behind it, according to Newsweek, is that it’s a way to make amends for the city’s past redlining policies, along with other housing discrimination initiatives that existed until about a half-century ago. According to NBC News, Evanston passed a fair housing ordinance in 1969.

The plan is this: If you were a black resident of Evanston between 1919 and 1969, or can claim your parents or grandparents were, you could be eligible to receive a $25,000 grant toward an element of home ownership — either receiving money to purchase a house, pay your mortgage or make home improvements.

This is the first phase of a $10 million reparations plan put in place by the Chicago suburb to be paid for with a 3 percent tax on marijuana sales. The initial grants will come from a $400,000 pool.

“I thought that we, as a city, might localize a reparative policy to empower the black community and help rebuild wealth that had been stripped away due to predatory practices and other anti-black practices,” Robin Rue Simmons, the Evanston alderwoman behind the initiative, told Newsweek.

She hopes this is a model that can be exported to other cities, as well.

“It may look different from city to city, but the toolkit that we have developed in Evanston certainly is one that is replicable and includes starting with a very public process, understanding the history of the city, and where white supremacy and anti-blackness plays a role that has disadvantaged the black community,” she said.

Already, however, the proposal is experiencing headwinds from an activist group that says the reparations, in their current form, are themselves “racist.”

It’s unclear how much pull Evanston Rejects Racist Reparations will end up having in the eventual discussion over the reparations program, but the community group has a sizable enough following on Facebook  — 500 followers in less than a month — and, according to the Daily Northwestern, the group is organized Sebastian Nalls, a 2020 Evanston mayoral candidate.

Are reparations a good idea?

“Black voices are not being heard, and they believe that what is on the table are not real reparations,” Nalls said in an interview with the newspaper of Northwestern University, published March 3.

In a March 2 Facebook statement, the group said the scope of the reparations is inadequate and it would enrich banks, which the group blamed for the housing inequities in the first place.

“To qualify for the reparations program, an individual must be the descendants of residents that lived in Evanston between 1919-1969 and/or evidence that they had faced racial disparities. Racial harm deserving of repair did not begin or end in those windows of time,” the statement read.

Even with the $25,000, it noted, “residents would still need a large influx of cash for any down payment and have good credit to secure any mortgage from banks. The forces that had been historically benefiting from the racist policies of redlining and housing discrimination are now benefiting from a program aimed at undoing their harm.”

“ALL Black residents of Evanston have been exposed to racism and are owed repair, but creators of the program say the limited impact of the current proposal is because of the size of the fund,” the statement continued.

“However, this only reinforces our claim that the proposed program is incomplete and deserves more community involvement. The lack of community input has resulted in a reparations plan that would be detrimental to Black people and the larger movement.

“We have come together as residents to fight against fake reparations. We reject racist reparations and demand a better, more responsive, more complete program that provides access to reparations acts of actual repair to Black folks. “

“This is not fully in scope and fully beneficial to the black community,” Nalls, 20, told NBC News.

“Reparations is not just payment towards individuals that have been targeted by inequalities, but it’s also proving the harm that took place will not take place again and ensuring that more harm will not be caused.”

Based on just that quote alone, the idea of “reparations” sounds an awful lot like a blank check.

The City Council’s vote on the $25,000 plan is expected to take place March 22, but the opposition highlights two invariable issues we’ll see with any attempt at reparations, local or national.

The first will be the scope of who gets them. In Evanston, activists are angry it’s limited to those who can claim demonstrable harm via redlining policies that affected them or their families. Instead, any black person who’s lived in Evanston has “been exposed to racism and [is] owed repair.” Any line of demarcation of where reparations end, in other words, is simply too arbitrary.

Second, whether or not a plan is economically feasible is also too arbitrary. When Evanston politicians said the “limited impact” of the plan was because of the money they could spend, activists said this meant the “proposed program is incomplete and deserves more community involvement.”

It would need a lot more community involvement, although not perhaps the way Evanston Rejects Racist Reparations might be thinking. The kind of taxes necessary to make a program that would fit Nalls’ definition of reparations work would be exorbitant beyond belief — and much more than a tax on marijuana sales is going to bring in.

And no, none of this seems to have ameliorated divisions within the community. I was under the impression that was also part of the reparations equation — to heal old wounds. Even in Evanston, population 74,587, it’s not doing the trick so far.

I’m sure we won’t have any glitches like that if we scale reparations up nationally, though, so I wouldn’t worry.