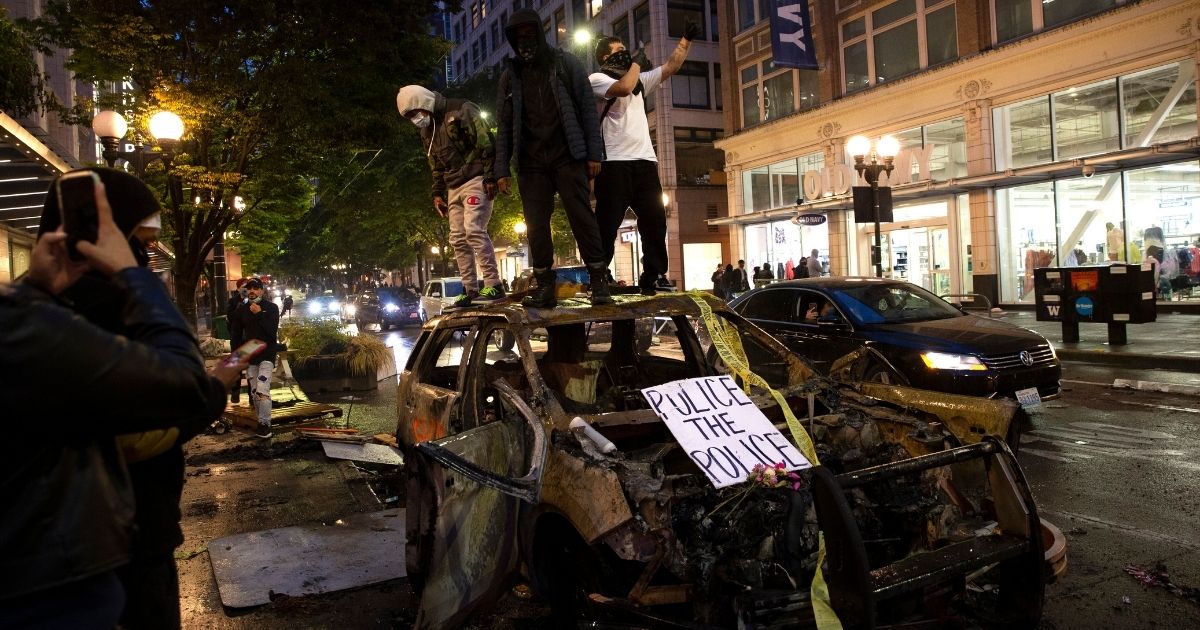 Polls dating back to 2019 show that much of America’s youth is in favor of policing speech that isn’t popular, is supportive of burning down or ransacking private businesses amid gripes with government and also resents the idea they can succeed as capitalists.

Of course, these people are young, and young people are often not very intuitive without the requisite life experience to see the error in their ways. Perhaps that will change once they begin experiencing the taxes that come with homeownership, starting families and owning businesses. If not, though, this information could spell doom for the country.

That quote of course oversimplifies the growing pains of young people and their views on life, love, policy and taxation. But in cliché quotations, we so often find a bit of the truth. Young people, for now, are embracing leftist ideals that a generation ago seemed unfathomable. Time will tell if they do indeed morph into cerebral beings.

Anyhow, here are some alarming numbers from polls that have attempted to gauge how these kids view the world around them.

Gallup noted that 33 percent of participants younger than 35 supported “Abolishing police departments” when asked for solutions regarding criminal justice reform.

Do you think these young Americans will change their minds with age?

One more poll, however, was published which shared some jarring findings. A poll shared by the Foundation for Economic Freedom conducted last October found that nearly two-thirds of college students polled said looting property was “justified” in many cases.

The survey, from Mclaughlin & Associate, along with Yale University’s William F. Buckley Program, asked 800 college students if riots were justified “to some degree” due to “systemic racism” and black Americans being “murdered” by police.

The survey noted that only 28 percent of college students saw an issue with destroying private property.

The groups reported a margin of error of +/- 3.5 percentage points.

But the most worrying statistic comes from a poll shared by the Knight Foundation in 2019, which asked young people about free speech. The survey found that 51 percent of Generation Z respondents agreed that “shouting down speakers or trying to prevent them from talking” is acceptable sometimes or all of the time.

The Knight Foundation surveyed 4,407 college students and did not report a margin of error.

The Zoomers, as they’re called, haven’t had to struggle for money, as they’ve been raised — regardless of their individual socio-economic backgrounds — in a prosperous country built by innovators and free thinkers.

These people, born from the late 1990s until the middle of the last decade, don’t yet view what they’re supporting in the proper context.

Their views on capitalism, property and the First Amendment haven’t yet been challenged. Most are not old enough yet to have been figuratively robbed by government taxation or literally robbed by criminals.

Along with the rest of us, they’re all about to experience a taste of socialism as Democrats — who are the establishment that these youths are supposed to be rebelling against — will soon test the country’s tolerance for tyranny.

That’s if the first four weeks of the administration of President Joe Biden are any indication of what is to come.

Perhaps there is hope for these young people, and for the future of the country. For now, though (according to the polling) the situation looks grim. The Zoomers are our future and right now they’re buying what the institutional left is selling them.

One thing is certain: If the country throws away its founding principles in favor of failed 19th-century European political theories, then America ceases to exist. The country’s future is ultimately up to the smartphone generation.