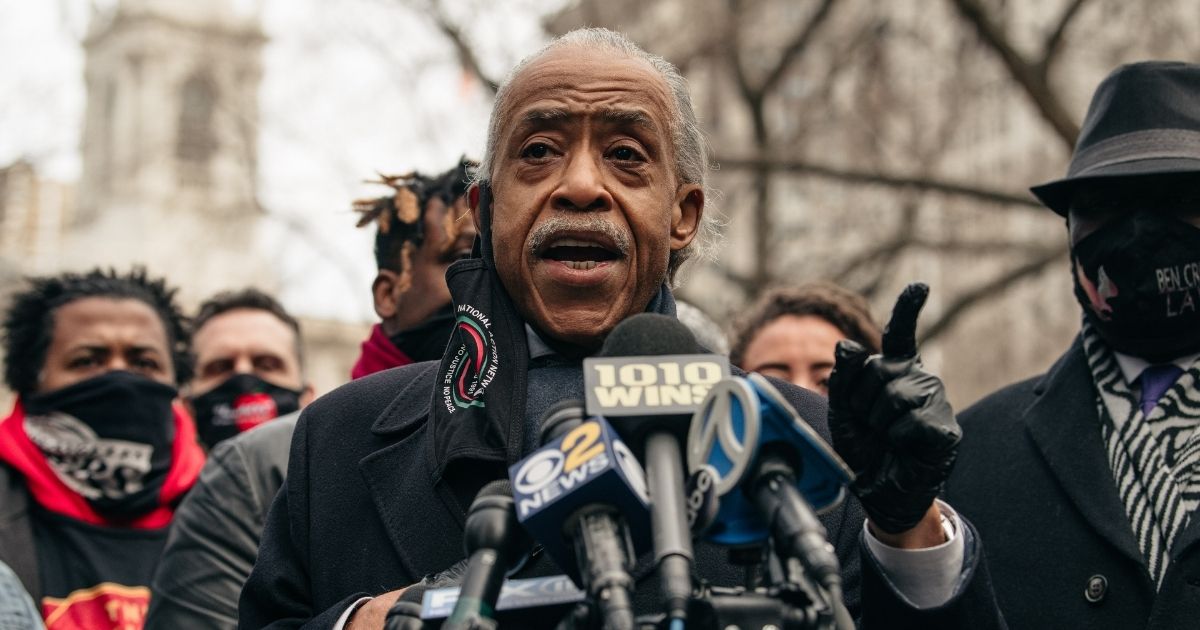 The message being sent to Democrats who refuse to end the filibuster is clear: Do as the Rev. Al Sharpton says or be branded a racist.

Many congressional Democrats want to be rid of the filibuster, a Senate parliamentary rule that empowers the minority party by requiring more than a simple majority to pass most legislation.

With both houses of Congress in Democratic hands, as well as the White House, ending the filibuster would remove any need to craft bipartisan bills that would have Republican support, because Republicans would be powerless to stop the Democratic juggernaut.

Many Democrats have said they support ending the filibuster, but two have held out — Democratic moderate Sens. Joe Manchin of West Virginia and Kyrsten Sinema of Arizona.

In Sharpton’s view, they now have a target on their backs because the passage of the so-called “For the People Act” that would create new rules for every aspect of elections and enshrine Democratic priorities in federal law is not likely if Democrats need to bring Republicans on board.

“The pressure that we are going to put on Sinema and Manchin is calling [the filibuster] racist and saying that they are, in effect, supporting racism,” Sharpton said, according to Politico.

“Why would they be wedded to something that has those results? Their voters need to know that.”

Rallies and town halls are being planned in West Virginia and Arizona to drive home the point, with Manchin being the top target.

Manchin has said he wants the two parties to  “come together” to address election reform, adding that “we should not at all attempt to do anything that will create more distrust.”

Will the Senate cave again to the radical left?

Sharpton, however, wants the rules scrapped to ram home the legislation as crafted, holding out the possibility that civil rights leaders might not deliver the minority votes Democrats rely upon if there is not substantial legislation passed that meets his approval.

“Many of us, and certainly all of us in the civil rights leadership, are committed to policies and laws and causes, not to people’s political careers. We’re not into that. We want to change the country,” Sharpton said. “And if there is not feasible evidence that we’re doing that, it is not in our concern to be aggressively involved.”

The Color of Change president, Rashad Robinson, said Senate rules do not matter to the voters he rallies to the polls.

“What do they expect me to say if we can’t get anything passed? Do they want me to go out and explain to people [what] the filibuster [is]?” Robinson said.

RELATED: Al Sharpton: Only a ‘Latte Liberal’ Would Want To Defund the Police

Some Democrats are trying to find a way around the rules, however.

“I fundamentally believe that Congress alone has the ability to create a unified threshold for democracy in our country,” said former Democratic Rep. Stacey Abrams of Georgia, who noted that exemptions to the filibuster currently exist on items such as Supreme Court nominations. “I believe there needs to be a carve-out, an exemption, a suspension of the filibuster.”

“This is not new,” she said. “I believe that there is both exigency and there is a precedent for creating this carve-out in order to protect democracy.”

Senate Minority Leader Mitch McConnell sought to push back against the connection of the filibuster and racism on Tuesday.

“These talking points are an effort to use the terrible history of racism to justify a partisan power grab in the present,” McConnell said, according to NBC News.

McConnell noted that the tactic was used by Democrats to stymie Republicans and wondered how it “magically became an offensive relic the instant Democrats came to have a majority?”