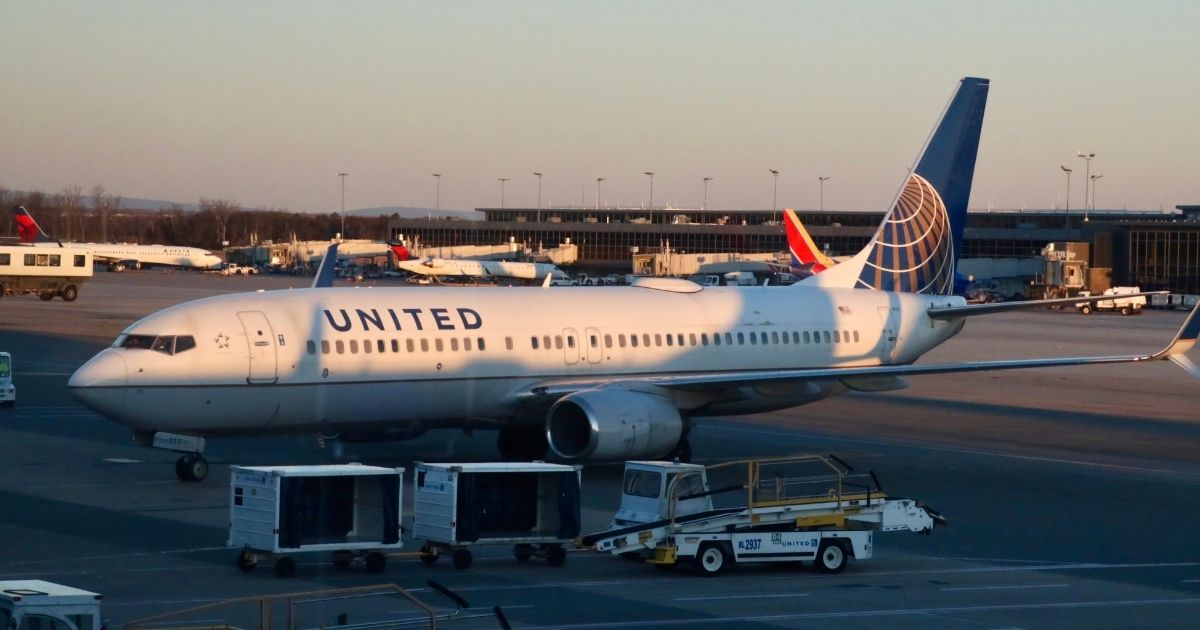 United Airlines alarmed customers and prospective travelers on Tuesday when it proudly vowed to ensure its lineup of pilots will become more diverse with a new quota for women and racial minorities.

The airline, which is based out of Chicago, had already deviated from its mission a day before in the eyes of some travelers. On Monday, United tweeted an attack on laws, such as the one recently passed in Georgia, designed to bolster election security.

The company’s account on Twitter announced there is “zero credible evidence of widespread fraud in U.S. elections,” citing “studies.”

“Legislation that infringes on the right to vote of fellow Americans is wrong. We believe that leaders in both parties should work to protect the rights of eligible voters by making it easier and more convenient for them to cast a ballot and have it counted,” United said.

TRENDING: Trump Describes Resurrection as ‘Glorious,’ Thanks God for ‘Gift of Eternal Life’ Given Through Christ

On Tuesday, the airline found a way to stir up people once again when it announced that its hiring processes for pilots would be based on racial and gender quotas rather than who might be the best person for the job.

“Our flight deck should reflect the diverse group of people on board our planes every day. That’s why we plan for 50% of the 5,000 pilots we train in the next decade to be women or people of color. Learn more and apply now,” United said on Twitter.

Our flight deck should reflect the diverse group of people on board our planes every day. That’s why we plan for 50% of the 5,000 pilots we train in the next decade to be women or people of color. Learn more and apply now: https://t.co/VbOFvFOksB pic.twitter.com/r0ScH6MQAJ

The company also posted a video that announced the apparent end to meritocracy regarding who flies its aircraft, which shuttle millions of people across the country and world.

That video featured the voice of a female pilot soothing passengers while preparing for takeoff. The graphics also announced future identity politics-based hiring practices would be a venture with corporate “partners.”

“Over the next decade, United will train 5,000 pilots who will be guaranteed a job with United, after they complete the requirements of the Aviate program — and our plan is for half of them to be women and people of color,” United CEO Scott Kirby said in a news release.

If United’s social media team and corporate managers thought the sentiment posted online would inspire people, they were disappointed. The company was relentlessly attacked by people with safety concerns.

RELATED: Chaos Ensues as Man Tries to Open Door in Middle of a Flight

Yeah, I’m far more concerned with merit when it comes to one’s ability to pilot a plane safely than with how that person looks. And you should be too, instead of pandering to wokeism.

Yeaaaa when I’m 31,000 feet in the air, I’m not really gonna find comfort in knowing that my pilot was an affirmative action hire.

This is both sexist and racist, towards everyone. Women and people of color don’t need your handouts, as if they can’t achieve on their own. And men and white people don’t deserve discrimination because if their sex or race. Its sick that you’re proud of this.

How did we get here? The last thing I would want is a pilot selected based on the color of his/her skin or the shape of his/her genitals rather than his/her ability to fly a plane.

This is incredibly stupid.

Hire the best person for the job. Period.

You think this is ‘woke’ but it’s dangerous. Meritocracy all the way.

Affirmative action pilot over the intercom: “The plane is going down. Brace for impact.”

Passengers: “We are grateful to die for the sake of diversity!”

“Diversity over skill and safety” is one hell of a slogan for an airline. https://t.co/EKvE6I6X8j

United avoided commenting directly to all passengers after it was called out by those with safety concerns, but the company did post a series of replies directed at customers whose comments were able to elicit a response.

They’ll do exactly that. Safely. Every time. ^MJ

“All the highly qualified candidates we accept into the Academy, regardless of race or sex, will have met or exceeded the standards we set for admittance,” the airline’s account said in another tweet.