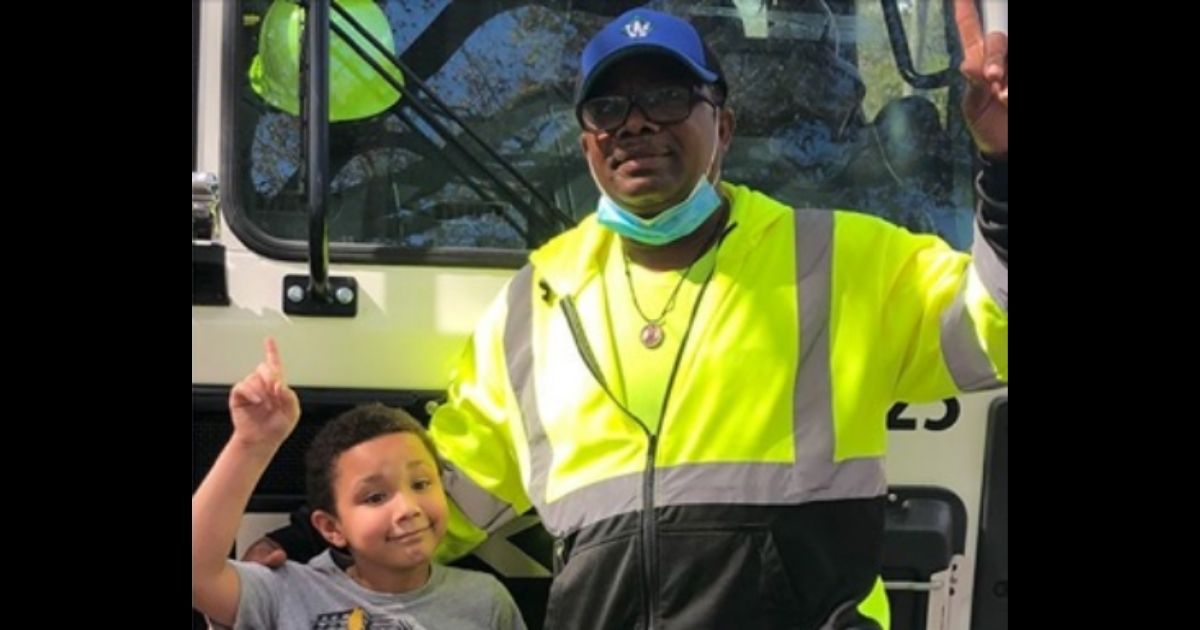 Kids are wild little scientists. They have the most outrageously creative questions and test out the most questionable hypotheses.

For 7-year-old Elias Quezada from Tampa, Florida, Tuesday’s question was “what does the inside of a trash bin look like?” And he decided to pursue that line of inquiry on his own.

Tuesday is also the day the trash in Quezada’s neighborhood gets picked up.

You can see where this is going.

When the garbage truck arm picked up the bin and dumped it, Quezada screamed. His grandmother, who was in the home, heard him and immediately thought he’d been run over.

“I thought that Elias was under the wheels,” grandmother Carmen Salazar told WTVT-TV. “That he had gotten — had been hit or something.”

Thankfully, the driver of the garbage truck also miraculously glanced at his surveillance video at the right moment and shut the whole thing down after realizing there was a boy in the back.

Waldo Fidele, the driver, was understandably shaken. Sanitation workers often find helpless animals discarded like trash — but a child in the back of a garbage truck?

Fidele wasn’t the only one. When asked if he’d been scared, Quezada said yes — but he hadn’t lost his sense of humor.

“Yes!” he said. “Because I felt like I was going to be a mashed potato.”

People have been calling Fidele a hero. Operations Manager for Waste Connections of Florida Operations in Tampa, Shawn Plunkett, is one of those people — and he knows better than most how tragic that day could have been if Fidele hadn’t been vigilant.

“He’s truly a hero,” Plunkett told the Tampa Bay Times. “If he hadn’t been paying close attention to the job, we would all be searching for a missing 7-year-old today.”

RELATED: Caring Father Shows Up at Daughter’s Work to Salt Icy Road So She Wouldn’t Slip and Fall: ‘My Heart Y’all’

“The truck instantly treats trash like a garbage disposal does. Then after it is in the truck, it heads straight to an incendiary. Nobody would have ever known what happened to him.”

“Waste management workers are often the unsung heroes of a community,” the director of the company Fidele works for added. “But we believe this action deserves some praise from everyone.”

It was a blessing that Fidele was able to stop a horrible accident, but it’s something that will probably haunt him for a while. Quezada, on the other hand, hasn’t dropped the subject altogether.

While the chipper boy agreed that he’d be staying out of the large waste bins for the foreseeable future, he allowed a possible exception: “Unless it’s like a tiny trash can that’s inside the house. Then it might be fine.”