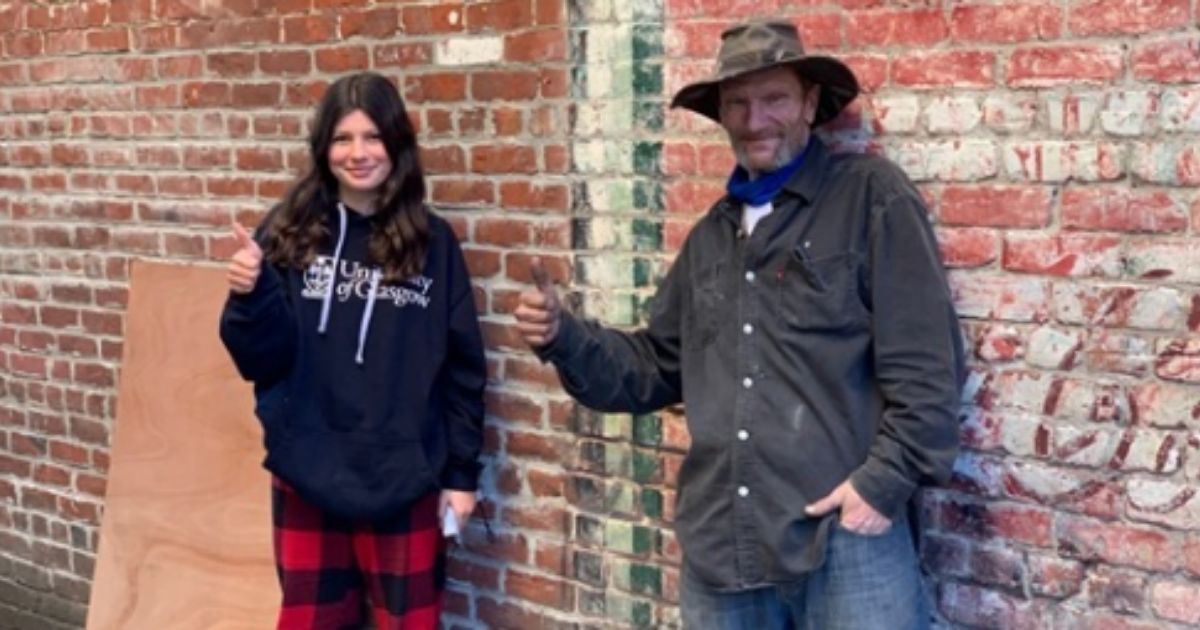 Sean Currey is a 57-year-old construction and building maintenance worker from San Rafael, California. He’s been homeless for five years, but he might not be for much longer.

“I’m working as much as I can with the pandemic, doing handyman stuff where I can,” he told The Washington Post. “But it’s hard without having a home base. Not having shelter is not a good feeling at all.”

He was searching through a dumpster at the beginning of December when he spotted something different amongst the trash: a small, handmade, brightly patterned wallet.

Opening it, he found it contained no cash but several cards. He knew they must mean something to their owner — whose business card was also inside the wallet.

A less-conscientious friend suggested that Currey use the credit cards while he still could, and Currey admitted the thought crossed his mind as it would anyone’s, but he refused to act on the impulse.

“I would want someone to do the same thing for me if I lost my wallet,” Currey said. “I knew this woman was probably beside herself not knowing where all her stuff was.”

And Evelyn Topper was incredibly grateful for that fact. She’d been picking up drinks for herself and her granddaughter from Kamson Coffee, and somewhere along the way she lost her wallet.

“What was in this little wallet is everything. … everything I own, and I was distraught,” Topper said.

When he got her on the phone and told her he’d found her wallet and wanted to return it, Topper was ecstatic.

One good deed deserves another, and so after the first act of kindness (Currey doing the right thing and returning the wallet), Topper’s granddaughter, Mikayla Gounard, decided to raise money for him.

Mikayla was about to have a drive-by 12th birthday party of the social distancing sort. She’d wanted to use her special day to benefit a charity of some kind, but when she heard about Currey she decided — with his permission — to raise funds for housing for him instead.

“I wanted to give to somebody who really needed something,” Mikayla explained.

She ended up presenting Currey with several hundred dollars that she raised, and she and her mother are working on other fundraisers to continue supporting him.

The GoFundMe page they’ve started to “get Sean off of the streets and into a temporary housing situation that keeps him safe and warm,” and eventually create more tiny houses for other people experiencing homelessness, has already raised over $27,000.

“Just a beautiful story,” Topper said. “And what a wonderful story for this time of year.”