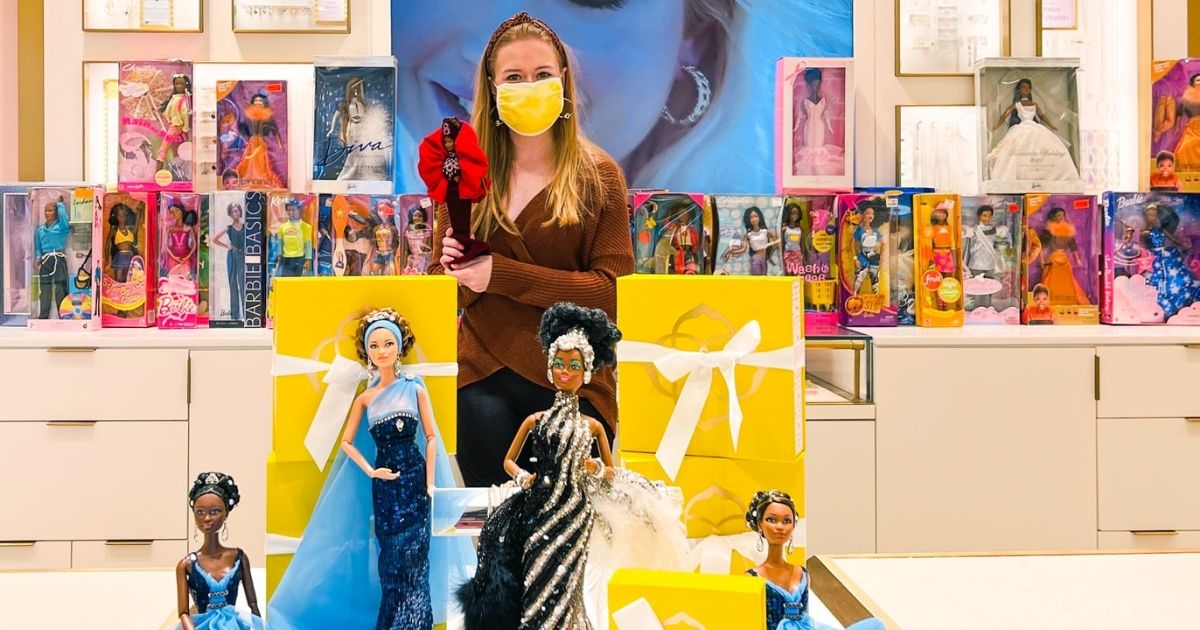 When Sara Ahmed found a house in Sugar Land, Texas, that she loved, she didn’t know she’d be getting an important collection along with the building.

The home was different, and part of that difference was 300 boxes of possessions from the former resident.

To some, that might have been a deal-breaker, but as Ahmed went through the boxes during her renovation of the home, a beautiful story started to emerge.

The former owner, Phyllis Hunter, had passed away in 2018, leaving behind many of her prized possessions.

“It was really cool because you found these amazing love letters from the ’60s, and I found this timeline of their family dating back to like 1865,” Ahmed said, according to story Wednesday by KRIV-TV.

But the biggest discovery in those 300 boxes were about 200 rare, vintage dolls. As Ahmed continued investigating, she learned that the unique home she’d fallen in love with had once been the Black Like Me Doll Museum and once had featured about 6,000 dolls.

Things started to make sense. The rare dolls Ahmed was unboxing were gorgeous works of art that deserved to be admired.

“These were not your typical Barbies that you picked up at Toys R Us,” she said. “They were just so intricate; they had costumes and jewels.”

One Alpha Kappa Alpha sorority doll, decked out in green and pink, is a 100th anniversary edition.

“It turns out, this is one of the rarest Barbies in the world,” Ahmed told KRIV.

After stumbling upon the rare collection, Ahmed knew she needed to do something special with the dolls and get them into the world, where they would be loved and appreciated.

“When my pals at Kendra Scott heard about the large number of Black Barbies I had inherited, they immediately reached out and wanted to see if I was interested in donating some of them to the Birthday Bash Box organization (which is an incredible Houston-based nonprofit that helps children in low-income families by gifting them a wonderful surprise birthday box on their special day)!” Ahmed shared on Instagram.

RELATED: Huge Fast-Food Chain Gives Back to Employees with Over $90 Million in Bonuses

Ahmed continued: “They do this by delivering a personalized party in a box to the family’s front door full of gifts, decorations and other exciting surprises.”

“Little girls or even boys who say that they like Barbie — we give them Barbie stuff.”

Ahmed ended up donating 50 Barbie dolls to the noble cause, and Kendra Scott even donated 20 percent of some sales to the Birthday Bash Box mission.

“We really are focused on lifting women, especially in underserved communities, and empowering women and children year-round,” said Kendra Scott’s philanthropic manager, Hilary Wetmore. “In March it was really fun to have this celebration, but it’s something that we’re focusing on all the time.”

What a unique and kind way to turn an unexpected find into something that will bring joy to dozens of children.

Ahmed said she hopes to find a museum to donate the rest of the collection to so that countless others could enjoy the dolls.