Home Daily News After FBI Briefing, McCarthy Says No Way Swalwell Should Have Access to... 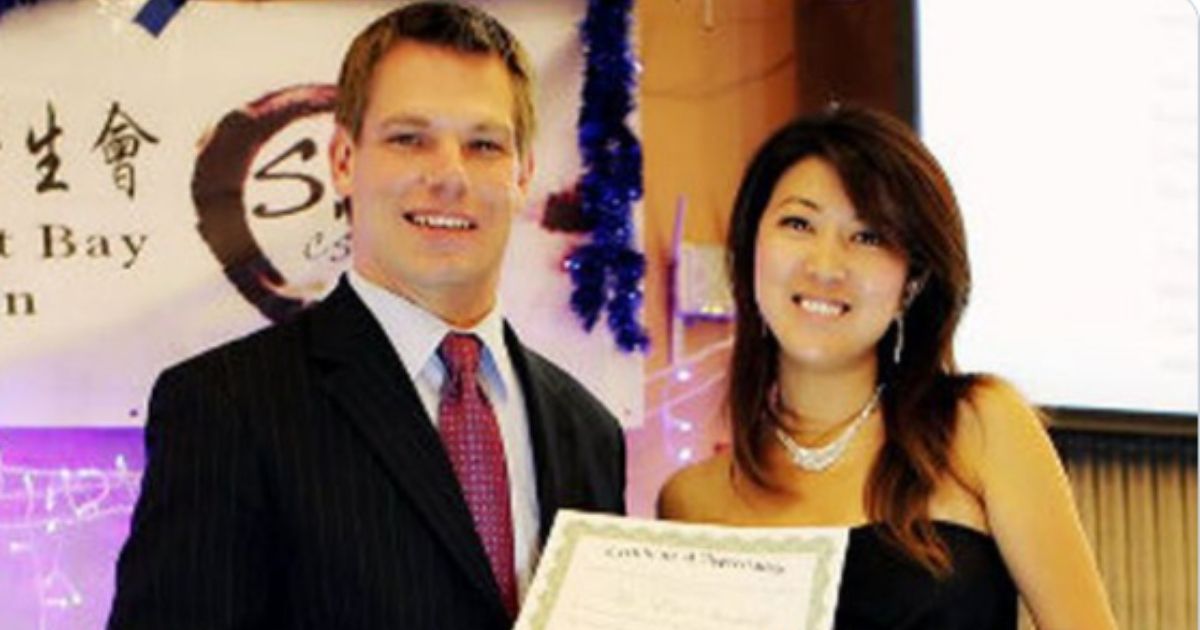 It’s almost a shame that California Rep. Eric Swalwell didn’t progress beyond the early part of the Democratic primary process. I mean, just think of the Manchurian candidate jokes we could have been making.

I say “almost” because that means there might have been a chance our next president is a man whose inner circle was infiltrated by a Chinese operative. As it stands, Swalwell still remains on the House Intelligence Committee — and that worries House Minority Leader Kevin McCarthy.

Speaking to reporters Friday on Capitol Hill, McCarthy said that after a closed-door FBI briefing on Swalwell’s involvement with the alleged Chinese spy, he’s convinced the California Democrat shouldn’t have been sitting on the committee.

“He should not be on Intel,” McCarthy, a California Republican, said after leaving the briefing, according to Fox News.

An Axios report published Dec. 8 revealed that Christine Fang, also known as Fang Fang, had been a prominent fundraiser for Swalwell’s 2014 congressional campaign and placed an intern in his office.

In 2015, the FBI gave Swalwell what’s known as a “defensive briefing” — alerting him to the fact that they believed Fang was a spy. Swalwell says he cut off contact, although several of his family members remained Facebook friends with Fang until after the story broke.

Should Eric Swalwell be on the Intelligence Committee?

The California Democrat hasn’t been accused of any wrongdoing and there’s less than zero evidence he was in league with the Chinese. However, several things that are known about the story smell — if not rank — a bit like sashimi a few days past its sell-by date.

Swalwell has maintained that the information came out now because of the fact he’s a prominent critic of President Donald Trump and was a vigorous supporter of his impeachment.

“If this is a country where people who criticize the president are going to have law enforcement information weaponized against them, that’s not a country that any of us want to live in,” Swalwell said, according to Axios. “I hope it is investigated as to who leaked this information.”

However, this seems dubious inasmuch as this kind of behavior would be more likely to get Swalwell appointed to management at Axios than to have him targeted by the outlet. Furthermore, while the outlet reached out to him multiple times for an interview about the matter, Swalwell declined to answer questions.

Axios reached out to Congressman Swalwell multiple times, but he never agreed to an interview, and he has not disputed any part of our reporting. Our journalism is independent, nonpartisan, and never politically motivated. https://t.co/mCsuGZ796J

And then there’s the fact Swalwell refuses to detail what his relationship with Fang was, aside from the fundraising angle.

“As the story referenced, this goes back to the beginning of the last decade, and it’s something that congressional leadership knew about it,” he told Politico.

More than once, I’ve said “screw the Chinese communists.”

Little did I know how closely Swalwell was listening.

Swalwell’s, um, cross-cultural exchanges wouldn’t be of any interest to me, you or anyone aside for the voters in his district except for the fact he sits on the House Intelligence Committee, a position which allows him access to secrets other elected officials wouldn’t have.

“I just think there are definitely 200 other Democrats that I know could fill that place” on the Intelligence Committee, McCarthy said after the briefing.

Leaving aside McCarthy’s wording, no lies detected there. This was something that should have been solved five years ago, and wasn’t.

“In terms of Mr. Swalwell — in the spring of 2015, the leadership of the House and the [Intelligence] Committee were informed that overtures from a Chinese person were being made to members of Congress,” House Speaker Nancy Pelosi said last week. “When that was made known to the members of Congress, it was over.”

Or so she wishes.