Home Daily News After Claiming No Vaccine Existed Under Trump, Biden Faults Him for Not... 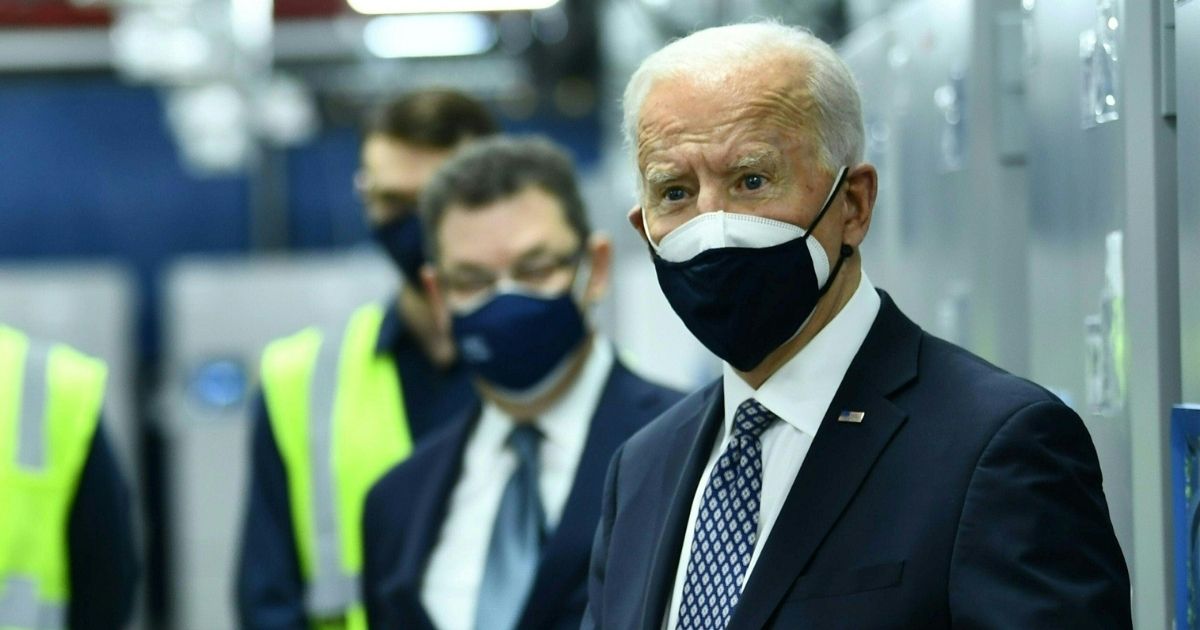 It’s clear after this week that President Joe Biden is anxious for Americans to believe that his administration should get the lion’s share of the credit for the roll-out of the COVID-19 vaccine.

During a CNN town hall on Tuesday, Biden went so far as to say, in an apparent gaffe, there was no vaccine when he took office.

“The biggest thing, though, is that you remember … when you and I talked last, we talked about, it’s one thing to have the vaccine — which we didn’t have when we came into office — but a vaccinator,” Biden told CNN’s Anderson Cooper. “How do you get the vaccine into someone’s arm?”

It was a verbal stumble, a typical Biden gaffe, as he had already mentioned 50 million doses being available when he took office. Ex Trump officials should especially cool the outrage meter, as it just looks silly. https://t.co/HFjH01lXgH

It would seem the point he was trying to get across, however clumsily, was, “I am the guy. My administration is making it happen.”

An average of over 1.4 million Americans were being vaccinated per day the week Biden took office, according to data from The New York Times.

In other words, there were a lot of vaccinators putting shots in people’s arms.

The current seven-day average for vaccination is 1.6 million per day, so not considerably more despite being a month further into the effort.

Do you think the Trump administration deserves credit for the vaccine roll-out?

Biden continued in this vein of wanting to take credit for the vaccination effort on Friday after touring a Pfizer production plant in Michigan.

“Just over four weeks ago, America had no real plan to vaccinate most of the country,” the president claimed.

“My predecessor, as my mother would say, ‘God love him,’ failed to order enough vaccines, failed to mobilize the effort to administer the shots, failed to set up vaccine centers. That changed the moment we took office,” Biden said.

The Trump administration had brought 100 million doses from Pfizer even before the vaccine was proven effective.

His team then purchased an additional 100 million doses in December.

Trump officials did the same for the Moderna vaccine for a total of 400 million between the two manufacturers.

So that’s enough for at least 200 million people. And it is likely a significant portion of Americans will choose not to get vaccinated.

A poll released by the Kaiser Family Foundation at the end of last month found not quite half of American adults are wanting to get the vaccine soon. The poll surveyed 1,563 adults and had a margin of error of +/-3 percentage points.

There are approximately 210 million American adults, so Trump ordered plenty for the foreseeable future to meet the needs of the about 100 million who want it.

Further, there seems little doubt Trump would purchase more as necessary given his aggressive purchasing pattern.

Operation Warp Speed was his administration’s brainchild, after all.

Trump mobilized the private sector to develop the vaccine in record time and then mobilized the military and private carriers to distribute it to tens of millions when his term ended.

Biden and his handlers, no doubt, see the rapidly falling COVID-19 numbers and potential herd immunity on the horizon, and they’re nervous his administration will not receive much of the credit.

This is the Trump administration’s achievement. The best Biden can say is that he carried it forward and so far doesn’t appear to have screwed it up.