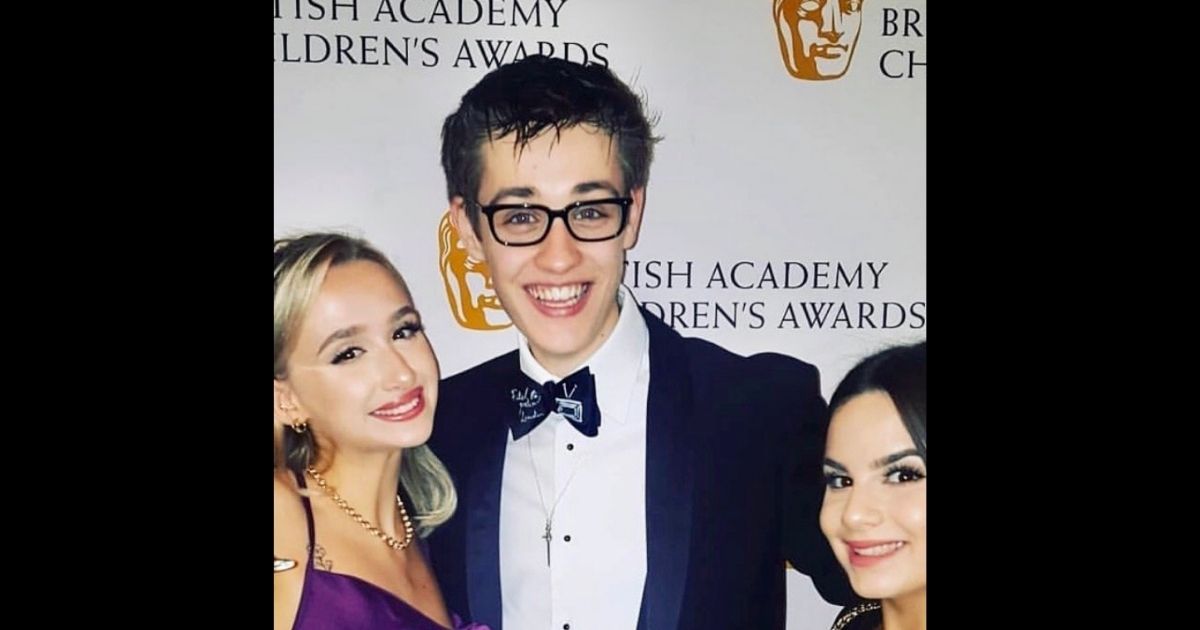 Nicholas Lyndhurst and Lucy Smith’s only son, Archie Lyndhurst, died Sept. 22 at the family home in the Fulham neighborhood of London after becoming sick.

Lyndhurst, 19, lost his life to what has only been described as an unsuspicious, “short illness,” but his death will require further investigation.

“Police were called at approximately 9:41 a.m. on Tuesday, September 22 to a report of a concern for welfare,” a spokesman for London’s Metropolitan Police told the U.K. Metro.

“Officers and London Ambulance Service attended. At the scene a man was found unresponsive. He was declared dead at the scene,” police said. “His next of kin are aware. At this stage the death is treated as unexplained but not suspicious. A post-mortem will take place in due course.”

Born in 2000, the young man followed in his actor father’s footsteps. He appeared in the TV show “Bad Education,” voiced characters in two video games and was best known for playing Ollie Coulton in the television program “So Awkward” since 2015, according to his IMDb page.

The CBBC, which airs “So Awkward,” posted this week to notify viewers of the young actor’s passing.

“We’re so sorry to have to tell you that Archie Lyndhurst, who so brilliantly played Ollie in So Awkward on CBBC, has very sadly died after a short illness,” the CBBC Twitter account shared Thursday.

“Archie will be hugely missed by all who worked with him, and by all the fans who laughed along with Ollie in the show.”

We’re so sorry to have to tell you that Archie Lyndhurst, who so brilliantly played Ollie in So Awkward on CBBC, has very sadly died after a short illness.
Archie will be hugely missed by all who worked with him, and by all the fans who laughed along with Ollie in the show. ❤️ pic.twitter.com/SfXP8TIz2Q

Lyndhurst had been dating actress Nethra Tilakumara, who plays Kat on the series, at the time of his death, the U.K. Independent reported. Others who worked with them on set have posted their memorials of the young man taken too soon.

Samuel Small, who plays Rob Edwards and also had a part on “Game of Thrones,” wrote to reveal how joyful of a person Lyndhurst was and how much Small would miss his friend.

“To my brother Archie,” he posted Wednesday on Instagram. “I still can’t quite comprehend that you have passed. You still had so much life to live and I’d give anything for you to keep on living it.

“My heart aches all day and everyday thinking about you and I just wish I could talk to you just one more time so you could know how much I loved you. I vow to make you proud with every last breath. Love you from now until infinity. Rest in power bro.

“I wish you could’ve all known Archie how we knew him,” Small continued.

“I’ve never met someone so full of life and had touched so many peoples hearts. Archie was there for me in my lowest lows but my highest highs were with him. Archie’s my best friend and to say goodbye so soon is absolutely devastating, but his calling was obviously somewhere else and I hope he is brightening up wherever he is.”

The saddest news of all today.The death of Archie Lyndhurst,just starting out on his chosen career in acting. My heart aches for Nick and Lucy.They could not have loved him more. pic.twitter.com/TkoGB1nxio

Cleo Demetriou, who plays Lily Hampton in “So Awkward,” addressed her post to the late actor himself.

“Archie, I can’t even believe I am writing this,” she wrote on Instagram.

“It’s taken me a while to be able to find things to say as I am at an absolute loss for words. You were the most beautiful soul I have ever known, the most unique, loving and caring person on this planet. My heart is completely broken knowing I that I can never see you again, never speak to you again and never hug you again.

“Thank you so much for being you, an absolute light in this sometimes very dark world. You were the best Godbrother I could ever have asked for and you were always by my side through my harder moments. We also shared my most favourite moments of my life so far. What can I say, We were together through thick and thin.”

She reminisced on how they had grown up together on the show, highlighting a few choice memories they shared while working and saying what all his friends who have spoken up seem to echo: He was talented, he was going places and he was taken far too soon.