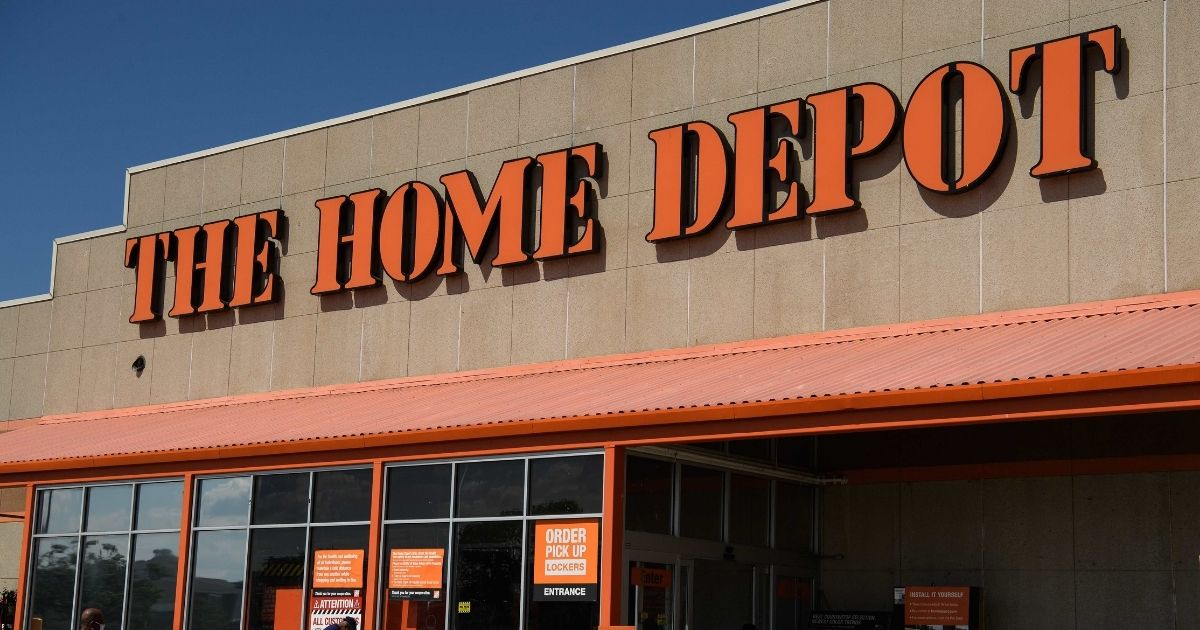 While boycotts of companies over certain political views have been a controversial subject for a while now, they have at least been mostly used against companies for something they say or do. Now it appears that simply taking no stand at all is reason enough for the left to boycott companies.

According to The New York Times, The Home Depot has not issued a statement condemning the new voting laws in Georgia. This is in contrast to the woke thought leaders over at Delta and Coca-Cola, who succumbed to the leftist mob and decried the new laws.

Instead of following their lead, The Home Depot simply stated earlier this month that “the most appropriate approach for us to take is to continue to underscore our belief that all elections should be accessible, fair and secure.”

This seems like a perfectly reasonable thing to say, especially since The Home Depot sells tools and construction products and is not an expert on election laws.

However, the left has decided that the Georgia-based home improvement retailer should be condemned for not turning political.

TRENDING: Judge in Chauvin Trial: Maxine Waters’ Statement ‘May Result in This Whole Trial Being Overturned’

“A major coalition of Black faith leaders in Georgia, representing more than 1,000 churches in the state, called on Tuesday for a boycott of Home Depot, arguing that the company had abdicated its responsibility as a good corporate citizen by not pushing back on the state’s new voting law,” The Times reported.

There are so many problems with this statement. Most notably, it assumes that corporations have not only a right, but rather a responsibility, to weigh in on political issues of the day. This is both false and nonsensical.

Why should a company that sells home improvement products be forced to make a statement about political laws that have absolutely nothing to do with it? Furthermore, why should anyone really care what the company have to say about it?

If your political decisions are based on what your local retail store has to say about the matter, you should probably further educate yourself before you participate in our democracy.

Is the left attempting to force everyone into submission?

Of course, leftists argue that the reason why The Home Depot must make a statement is because issues like this go “beyond politics.”

“We don’t believe this is simply a political matter,” boycott leader Bishop Reginald T. Jackson said in an interview according to The Times. “This is a matter that deals with securing the future of this democracy, and the greatest right in this democracy is the right to vote.”

This is a more subtle way of crying racism than President Joe Biden used when discussing the laws. Last week, he repeated the complete lie that election laws being proposed around the country, presumably including Georgia, resemble the Jim Crow era.

“Parts of our country are backsliding into the days of Jim Crow, passing laws that harken back to the era of poll taxes — when black people were made to guess how many beans … how many jellybeans in a jar, or count the number of bubbles in a bar of soap before they could cast their ballot,” he said.

Biden can’t name any law that even remotely resembles those days, because they don’t exist. That does not stop him from going around and spouting these despicable lies that tear the country apart.

If Georgia actually passed a law that disenfranchised black voters, The Home Depot may actually have a responsibility to condemn that law, morally speaking.

Yet, as had been repeatedly pointed out, the voting laws in Georgia do not disenfranchise anyone, black voters included.

Requiring a voter to confirm their identity or barring political operatives from bribing voters is not “voter suppression,” and it’s certainly not Jim Crow-esque.

This is the left’s favorite gaslighting technique. First, they equate something that they personally don’t like to something objectively horrible. In this case, they are equating a perfectly fair voting bill in Georgia to Jim Crow laws.

After that, they claim that anyone who supports the topic being debated must also support the objectively horrible thing. In other words, they equate support for the Georgia voting bill to support for past racist laws.

Finally, they say that it is not enough to stay neutral. Instead, everyone must actively oppose the horrible thing if they wish to be considered decent. After all, no good person would fail to condemn Jim Crow laws, right?

In this way, they attempt to paint anyone who disagrees with them politically as inherently evil.

They are effectively arguing that The Home Depot’s refusal to explicitly condemn the Georgia voting laws is actually a refusal to condemn Jim Crow-era racism.

This is not true, but it’s the narrative, and it’s pushed from the top down. When President Biden irresponsibly compares voter ID laws to laws that force black people to count jelly beans, he is starting this disgusting cycle.

The Home Depot is well within its rights to stay neutral on political issues, and it would be best served to continue to do so. If it caves to the woke boycott now, it will be forced to answer to them for the rest of its existence.