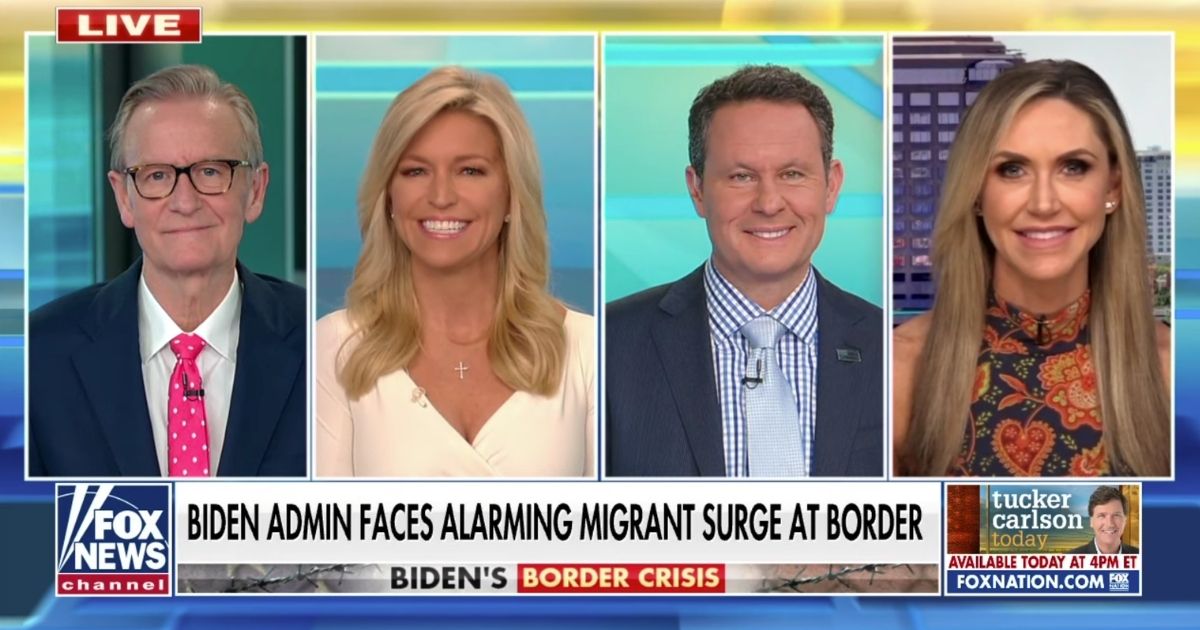 “Let’s bring in Lara Trump, former senior adviser for the Trump campaign, and we have a big announcement — she is a new Fox News contributor. Welcome to the family, Lara,”  host Ainsley Earhardt said Monday morning on “Fox & Friends.”

“Well, I’m so excited, first of all, to be joining the Fox family. I sort of feel like I’ve been an unofficial member of the team for so long,” Trump said.

“You guys know it was kind of a joke over the past five years, I would come there so often that the security guards were like, ‘Maybe we should just give you a key,’” she said.

“I’m so excited, I’m so honored, and really looking forward to what’s to come.”

TRENDING: Photos: Look What Was Spotted in Joe Biden’s Hands During His First Solo Press Conference

After talking about her background, the North Carolina native also addressed rumors she might run for the U.S. Senate seat in North Carolina that will be vacated by the retirement of incumbent Republican Sen. Richard Burr.

“Fox has been very generous with me, and they have said, look, if that’s something that you ultimately decide to do, they are going to work with me on that front and make sure that everything, all the rules are followed, and we do everything properly,” she said.

“So, thank you to the Fox team for allowing me to have, you know, the possibility that that’s in the future. So I still haven’t officially … made a decision, but hopefully sometime soon,” she said.

I was so excited to announce this morning that I am officially joining the @FoxNews team! Thank you @ainsleyearhardt, @kilmeade & @SteveDoocy for the warm welcome on @foxandfriends 😃 pic.twitter.com/c2iiFlWquU

During an appearance of Saturday on Newsmax, Lara Trump said she was “strongly considering” a 2022 run.

Do you think Lara Trump should run for Senate in North Carolina?

“I would love to represent the people of my home state in North Carolina, but it is as you know a very big decision. It means a lot of changes for our family,” she said then.

“We’re sort of working things out and I hope to have some to announce very soon,” she said.

She said the toll on her family is a factor in her decision.

“I would love to represent the people of my home state in North Carolina, but it is a very big decision.”
@LaraLeaTrump tells @CarlHigbie she is ‘still strongly considering’ running for the Senate and discusses President Trump’s social media plans. https://t.co/VlT7z8v2lm pic.twitter.com/AmJkfzjhIJ

“Sadly the Democrats are trying to do everything possible to keep good people from running for office,” she said.