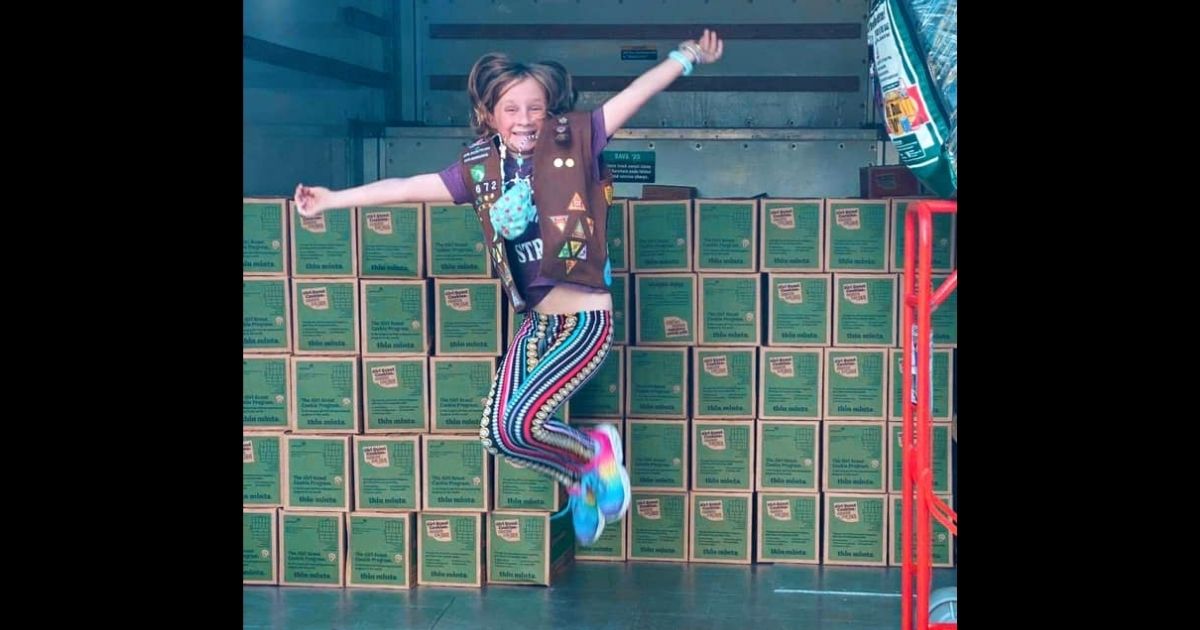 Lilly Bumpus is an 8-year-old from San Bernardino, California. She believes that “cookies make people happy,” and she’s proven that with a record-breaking number of boxes sold this season.

In total, she sold 32,484 boxes of world-famous cookies — a number she can barely comprehend and a testament to her tenacity.

“I thought, ‘Wow I never knew I could do that,’” she told KABC-TV. “And it just meant so much to me to see all that huge number. It’s like the biggest number I’ve ever seen.”

Lilly has been involved with Girl Scouts for four years. This year posed some unusual difficulties as Girl Scouts couldn’t set up their usual stands in front of grocery stores — but that didn’t stop the ambitious young woman.

Born with Ewing sarcoma cancer, Lilly is a fighter in more than one way.

“Let my Lilly remind you today, Don’t EVER give up on your dreams,” reads a post on her Facebook page from 2020. “No matter how big or small. No matter if it’s for your physical or mental Health… YOU ARE WORTH IT!

“Keep fighting and know when YOU prove the impossible is possible, you light a way for others to follow. Be the light. Always be the light.”

She beat the horrid disease, but it still weighs heavy on her mind and she wants to help those who are still struggling with it.

To that end, she was able to deliver 5,000 donated boxes of cookies to other kids fighting cancer, an impressive number all on its own.

“When it takes a moving truck to pick up your donated cookie boxes……..this…. this is how it makes you feel!” reads a post from Lilly’s Facebook page. “This is what 5,000 donated boxes looks like !!

Trish Bauer, Lilly’s mom, says this project has really helped Lilly come into her own.

RELATED: Rapper Says Having a Daughter With Down Syndrome Gave Life a ‘Bigger Purpose’

“Lilly has always been blessed with the community of supporters she’s had with her, but for the first time, the world saw she had her own voice, her own mission, her own site that is bigger than cancer,” Bauer told The Mercury News, according to People. “She just needed a space to do her own thing, and this was it.

“She does not like somebody telling her something is not possible. When I told her at the beginning of the season how tough it would be to sell this year, she told me, ‘Nothing is impossible if everybody chose to make it possible.’”