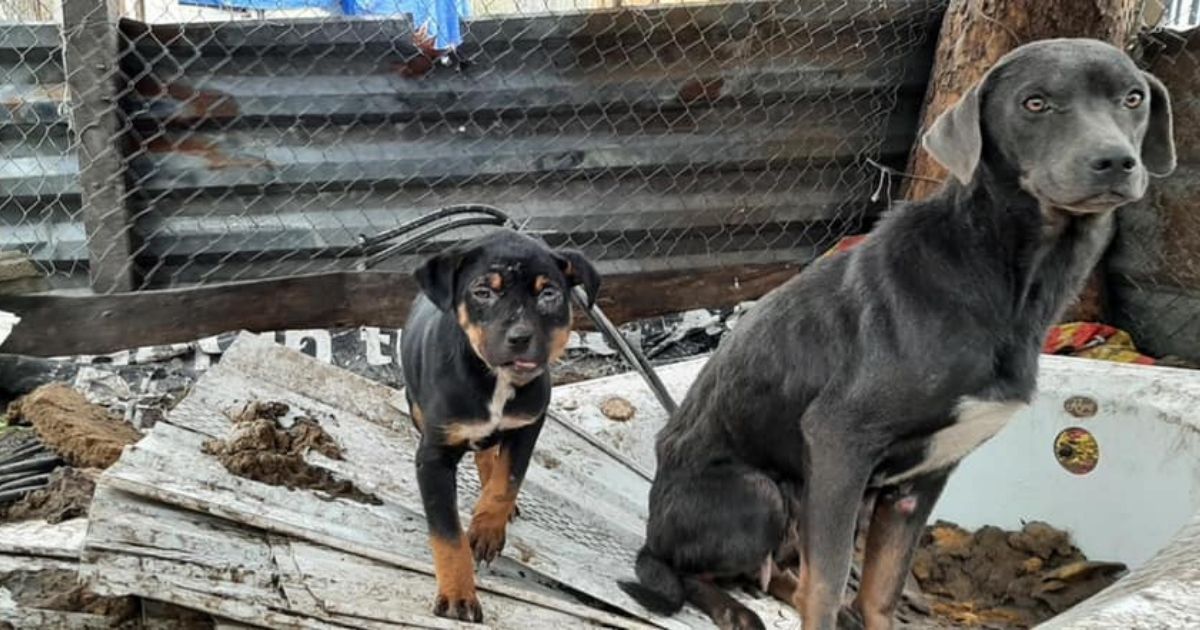 As winter sets in, we see the posts warning us that if we’re cold, our pets are cold, and to bring them inside during inclement weather.

Most pet owners who actually care about their charges know this instinctively, and while there are plenty of animals who can weather snow and ice (and even some dog breeds who love the cold), most domesticated dog breeds are not built to withstand freezing temperatures.

Parts of Texas have seen more snow, ice, and freezing temperatures over the past few days than they have in decades thanks to Winter Storm Uri. Many were unprepared for the cold and have been waiting out the week in homes that were not built for the current conditions.

But this case of animal abuse was more than a pet owner caught unawares, or a storm being more severe than expected — the dogs that were found by the Harris County Animal Cruelty Taskforce earlier this week had been in sad shape for some time.

“CRUELTY ALERT: A pet owner is facing charges after leaving his 8 dogs outside in these deadly temperatures,” the Houston Humane Society posted on Facebook on Tuesday.

“The animals are severely malnourished, and one puppy suffers from a broken jaw.”

The animals were removed from the property and are being cared for at the humane society.

Pictures from the rescue show dogs with protruding ribs, dull coats, skin conditions and other wounds. One puppy appears to have a severely misshapen head but is in much better, more caring hands now.

A black-and-white pig seems to be part of the rescued haul as well, based on the photos released by the humane society.

The animals were rescued because a good Samaritan spotted them and called in to report. The humane society encouraged people to be vigilant and continue calling when they see cases of neglect.

“We want to encourage the public to continue reporting, and your reports continue to save lives of many,” they continued. “Harris County Animal Cruelty Taskforce law enforcement officers are running calls day and night.”

According to a tweet from the humane society, the person responsible for these animals has been arrested.

Hopefully with a bit of care and time, these survivors will be able to go to more loving families who will provide them with the basic necessities they were forced to go without.