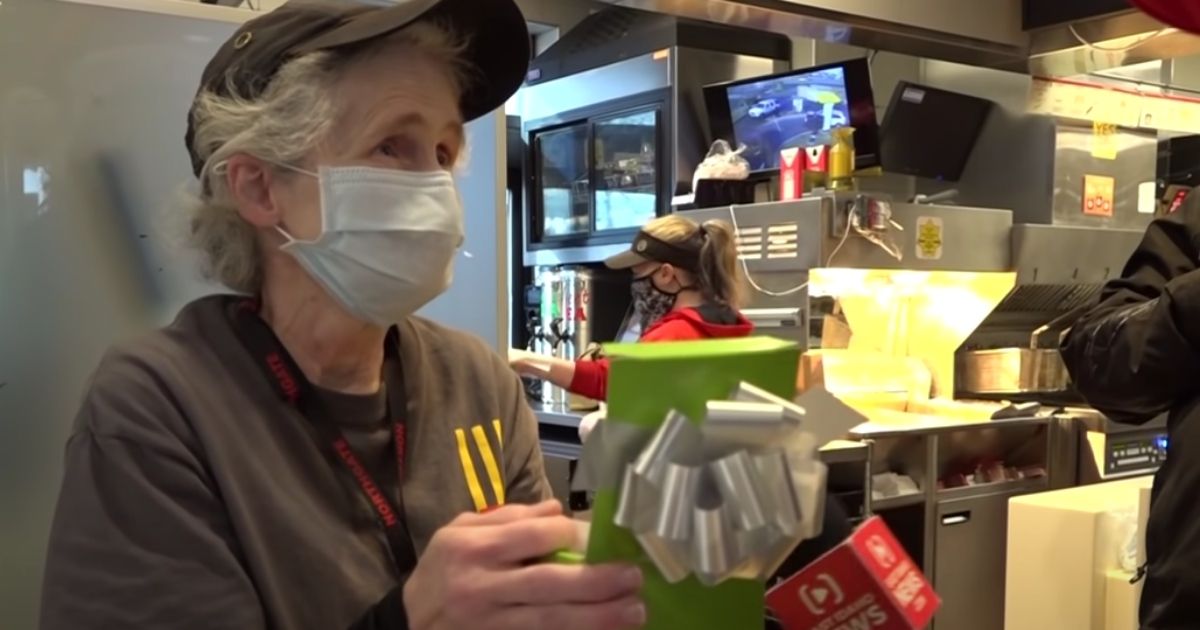 When it comes to charitably giving back, there is no time like the Christmas season.

According to People magazine, a 65-year-old Idaho grandmother was the recipient of just that type of generosity this year, with the gift of a brand new car.

Diana Boldman works full-time at a Mcdonald’s restaurant to support her husband, Cameron, who the East Idaho News reports is on disability.

As if that weren’t enough, Boldman also wakes up early every morning before her shift to deliver 150 newspapers in a worn-out van.

The Idaho senior’s hard work has apparently not gone unnoticed in her community, however, and seemed to catch the eye of a local Secret Santa that has been surprising neighbors with anonymous gifts for the last six years.

This year, the video shows that Secret Santa anonymously surprised Boldman with a green box containing $1,000 and $5,000 in gas cards.

As if that were not enough, the thankful grandmother was gifted the keys to a brand new Hyundai Tucson as well.

The gifts were delivered by East Idaho News reporter Nate Eaton, while Boldman worked a shift sometime before Thanksgiving.

Eaton has acted on behalf of the anonymous gift-giver several times in recent years, earning himself the “Santa’s Little Helper” nickname from NPR in the process.

As Eaton informed the outlet, he had received a random phone call in 2015 from a local seeking aid in an effort to help members of his community with roughly $100,000 in gifts for the Christmas season.

“I want to be sure that the money goes to people who truly need it,” the anonymous caller reportedly told him.

“People that would never ask for a handout, people that, you know, are working hard. They’ve just run out of money and they’ve run out of luck.”

In a subsequent interview with TODAY, Eaton revealed the Secret Santa had given out $500,000 worth of gifts just last year and voiced intentions to continue the trend with expanded giving this year.

RELATED: Cop Gets a Call from 13-Year-Old’s Mother; Family Amazed After Seeing What He Pulled up With

“These are generally people who never ask for help. They’re humble,” Eaton told TODAY. “They’re not asking for handouts or assistance.”

The Secret Santa has certainly done an excellent job at spreading holiday cheer, and God willing, he will continue to bless Idaho residents with his generosity.

With more than 200,000 miles on her previous vehicle, however, you can bet Boldman was overjoyed at the prospect of a replacement.

“Wow. Oh, my goodness,” Boldman repeated with every new detail Eaton revealed about her gift.

“Tell the Secret Santa: Thank you ever so much.”