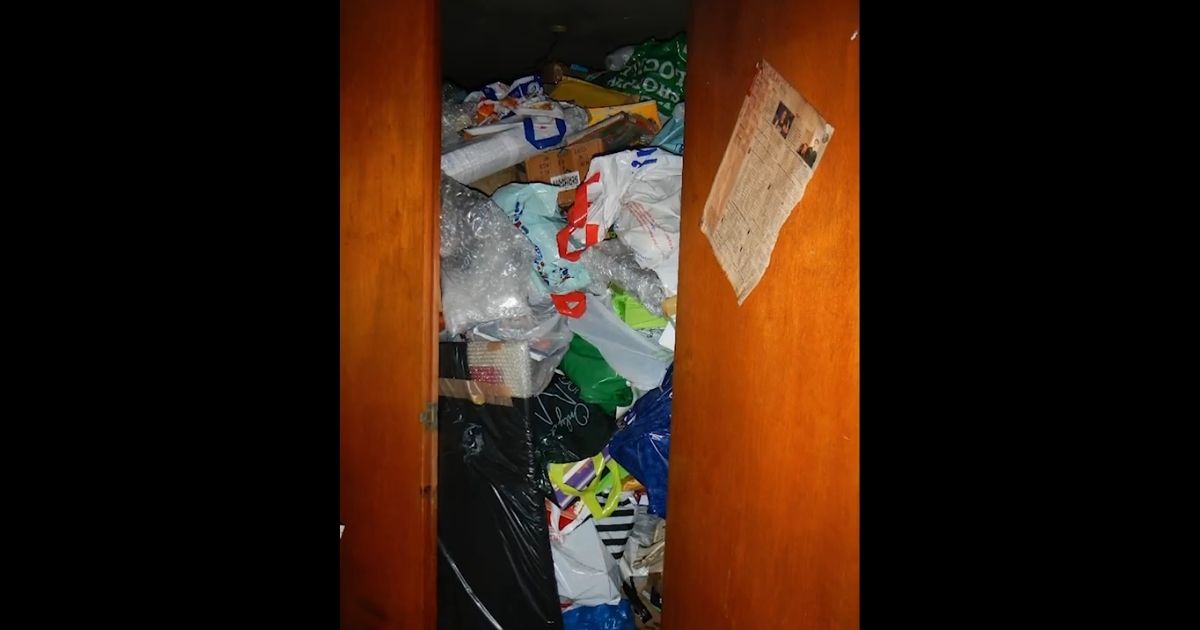 Hoarders are notorious for calling themselves “collectors,” and claiming that their hoard is made up of valuable items. Many times, those items turn out to be trash — worse than worthless — but, every once in a while an antique or box of items will turn out to be worth something.

The only way to know if a group of items are a “collection” and not a landfill in progress is to call in the experts. And one man in England is incredibly glad he did.

The man’s brother was a 44-year-old bachelor computer programmer who died suddenly this year, according to Metro.

That man had spent over a decade filling up every part of his three-bedroom house in Nottingham floor to ceiling with stacked boxes, bags and packages, earning him the title “Britain’s Biggest Hoarder.”

When he ran out of space, he filled up 24 bins outside and rented two garages and a neighbor’s backyard. Eventually, he had to stay elsewhere because there was nowhere for him to live at his home.

When he passed and his brother was tasked with cleaning up the hoard, the brother very nearly just had it all thrown out — but decided to get it evaluated first. Enter Terry Woodcock of Unique Auctions in Lincoln. With decades in the business, Woodcock was astounded at what he found.

“This collection is beyond belief,” Woodcock said, according to Metro. “I met the man’s brother at the house and he was just as shocked as I was. He had no idea his brother lived like he did. His house and garage were literally crammed full of items.”

Apparently, the deceased bachelor had taken to ordering items online and was hoping to sell them one day to fund his retirement. Lots of vintage electronics, piles of rare comic books, old science kits, Beatles memorabilia and countless other collections were found stacked haphazardly in every space he owned.

According to Metro, it took eight men and three vans more than six weeks just to clear the house, let alone open packages and research the value of items.

“He didn’t buy rubbish, a lot of it was top quality stuff,” Woodcock confirmed.

“After he passed away his brother’s first inclination was to send it all to the landfill. Luckily he didn’t,” he continued. “We couldn’t get in through the front door so we had to go around the back. We were totally amazed at what we saw.”

“Highlights of the Auction include: A superb collection of 2,000 plus Space and Russian space exploration items, including slides, negatives, signed items and related books etc. A fantastic collection of Beatle memorabilia and collectable items. 6,0000 comics including DC; Batman; Hawkman; Superman; Secret Agent and Adventure Comics, plus many other titles (See Comic Photo Album with just a few titles listed).”

The post added: “2,000 plus items of binoculars including Zeiss, cameras, lenses, radios, receivers and radio equipment. Musical instruments including Rickenbacker Guitar and others. Over 4,000 records (LP’s & Singles), plus Elvis related items.

“Large quantity of cinema and other film reels and related items, including United Nations, Steamboat, 20th Century, Harry Truman, and USA Military etc. 3,000 plus chemistry and electronic sets. 4,000 plus books and magazines, with many relating to Ghandi, Churchill and JFK etc.”

It’s heartbreaking that the man never got to see his collection evaluated and appreciated, but it’s a good thing his brother had the sense to check before throwing his life’s work away.