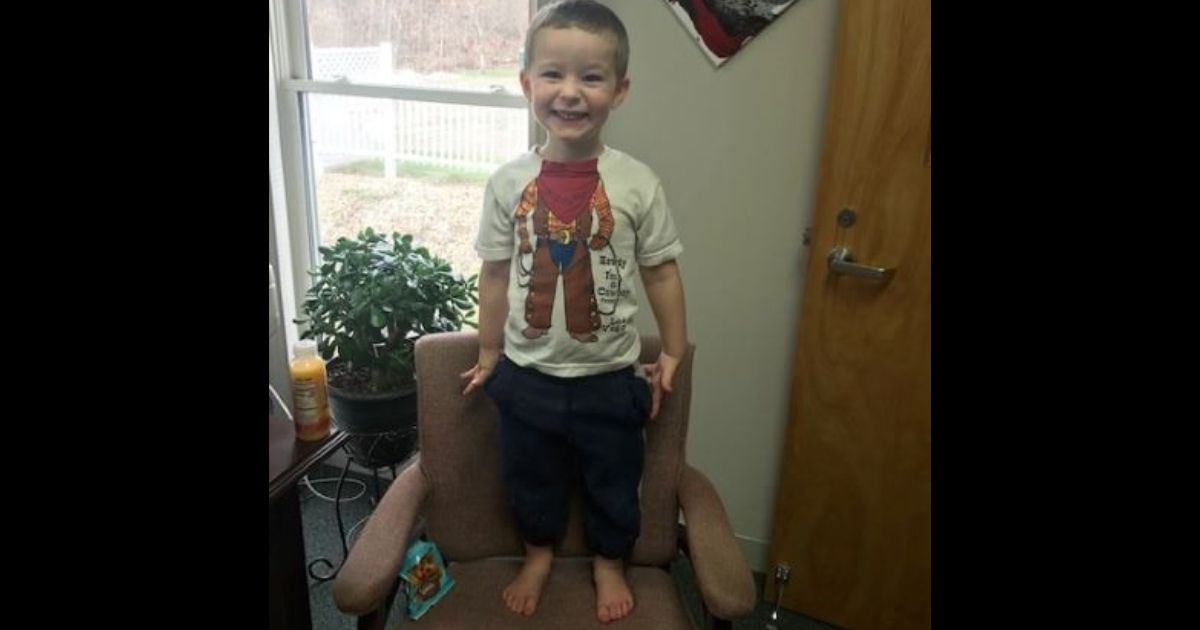 We have little love in our hearts for people who abandon dogs. We have less for those who leave helpless children to fend for themselves.

But abandoning both a dog and a 3-year-old child two days before Christmas, and leaving them in a cemetery? It’s even more difficult to imagine what kind of circumstances could possibly warrant such cruel and unusual treatment.

But around noon on Dec. 23, that’s exactly what the Hinckley Police Department in Ohio responded to a call for. Thankfully a witness saw what happened and was able to contact authorities immediately.

“Officers arrived meeting with the witness who advised that she had stopped at the cemetery and observed a medium blue mid-sized car parked semi blocking the drive in the northeast corner of the cemetery,” a post from the Hinckley Police Department read. “As she drove around the vehicle and stopped, she observed the vehicle drive away at a high rate of speed.

“It was then that she observed a little boy running after the car followed by a dog.”

The boy, just 3 years old, could only tell the police his first name, Tony, and the names of his parents, David and Katy. The boy went to Medina County Children Services and authorities circulated a photo of the boy to see if anyone could identify them and provide more information.

Police soon determined that the boy’s father and mother were separated and that the boy had been under his mother’s care when he was abandoned. His father has been very cooperative with the police as he works to get his son back.

Since the investigation is ongoing, the boy is in foster care with his aunt and uncle until more questions can be answered. The police department did write that if anyone wanted to make the boy’s Christmas a little brighter, they would be accepting gifts to give him.

The community seethed over the incident, and donations for the boy flooded the police department. Jeremy Lowe was one of those people who were heartbroken for the boy and started an online campaign to source gifts for the boy.

“A little boy and his dog, Christmas time, you know, as heartless as it gets, really,” Lowe told WJW-TV. “So that was the whole thought, you know just take his mind off of the previous experience from a day or two before.”

The police department was shocked by the presents that began to fill the lobby, all addressed to Tony.

“From all of us at HPD we want to thank everyone for your kindness, thoughts, prayers and overwhelming love,” the department posted in an update on Dec. 24. “Our lobby is full from the gifts that have been dropped off.”

“I reached out to my friend Santa and tomorrow morning after he has finished his deliveries he is going to stop at HPD. We are going to load the sleigh and make one final stop to see a our little friend.”

RELATED: ‘Someone Woke Me Up and I Know It Was God’: Mom Credits God After 7-Year-Old Son Helps Save Life of Toddler Sister

Police officers and the boy’s father were able to capture the dog that same afternoon, as it had been running around the property. It was returned safely to the care of Tony’s father.

Hopefully, 2021 will bring a much more stable environment for both boy and pup, and the love of the community and other family members will bring the little boy comfort and reassure him that he is important and cherished.