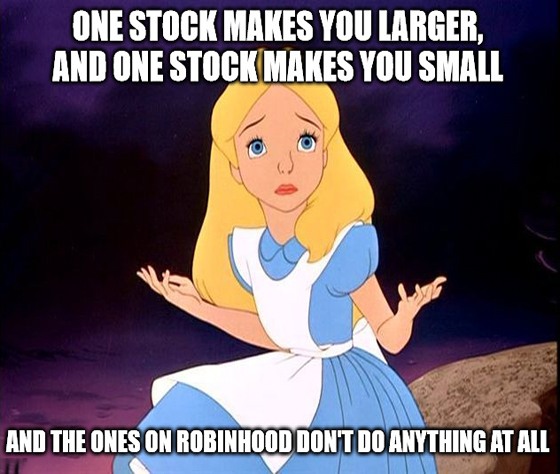 If you can answer that question, you understand why the market rebounded sharply today. (Hint: Lewis Carroll intended this quote from the Mad Hatter to be little more than an insane joke with no real answer.)

The correct response is: “Because.” Just “because.”

The market is higher today because … the market was previously lower. Stocks are up because stocks were down. Now they’re up. Simple? Confused?

Let’s look at the facts. What changed over the weekend?

Tensions with China didn’t subside. In fact, tensions rose due to new restrictions on export licenses for chipmakers.

A new stimulus deal didn’t pass in Washington, though promises of a $2.4 trillion deal are once again circulating. And we should all know how to deal with Washington’s promises by now.

The only thing that changed since Friday is that Wall Street noticed the major market indexes were near correction territory. From their September 2 highs to Friday’s lows, the S&P 500 was down 9.8%, the Dow was off 9.7% and the Nasdaq was off 12.5%.

So, why are stocks up today? Because stocks were down before. It’s nonsense … no?

What do we call doing the same thing over and over again while expecting different results? Ah, yes: insanity. Today’s market rally was just as mad as the March Hare’s tea party.

So, unless you’re one of those who enjoys a jolly caucus race with a dodo, I’d advise against buying this market dip or this market rebound. It’s one rabbit hole that could seriously shrink your portfolio.

And there’s no cake marked “eat me” to set everything right again. But you don’t have to go through the looking glass to make market insanity work for you. 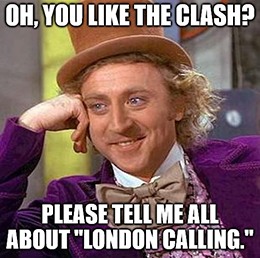 Uber Technologies Inc.’s (NYSE: UBER) clash with London is over … for now.

Back in 2017, Transport for London decided not to renew Uber’s operating license. The city’s transportation regulator cited safety concerns and noted that Uber was not “fit and proper” to hold a license.

Today’s court ruling gives Uber an 18-month operating license in London, much shorter than the five-year license the company applied for. The real reason for the leniency is that the court wants to hear more evidence before it makes a final decision on revoking Uber’s London operations.

According to the judge: “Uber does not have a perfect record but it has been an improving picture.”

Uber investors cheered the ruling and sent the stock higher by more than 6%. There’s still some caution in the air, however, as England’s Supreme Court will still decide whether or not Uber’s drivers are workers or self-employed.

For now, however, the good times roll for UBER investors. 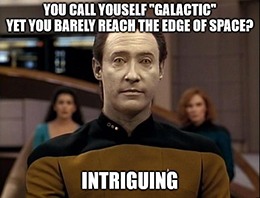 Space — the final frontier. These are the voyages of Virgin Galactic Holdings Inc. (NYSE: SPCE). To seek out new investors and revenue streams. To boldly go where several women and men have gone before.

Virgin Galactic shares kicked in the warp drive today, rallying more than 20% after SPCE received a pair of buy ratings.

Susquehanna Analyst Charles Minervino initiated coverage on SPCE with a buy and noted that, while space tourism is an “untested market,” he believes that there is “significant latent demand.” Minervino warned that Virgin Galactic may not see cash flow until 2023, however.

Meanwhile, Bank of America Analyst Ron Epstein also came out with a bullish note. Epstein wrote: “We believe SPCE’s growth potential is unparalleled vs. our coverage and the current nascent stages of the company provide investors with a unique entry point into the stock.”

No word from Epstein’s mother.

Prior to today’s bullish deluge, SPCE managed to cling on to support in the $16 to $17 region. Now, the stock looks to establish a new base above $20.

Given the market’s recent fickleness with speculative tech stocks, it’ll be interesting to see if this support holds.

Best: Come as You Are 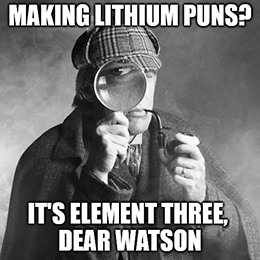 Piedmont Lithium Ltd. (Nasdaq: PLL) is so happy, ‘cause today it found some friends … and they’re not in my head. They’re at Tesla Inc. (Nasdaq: TSLA).

According to a Reuters report this weekend, Tesla signed a five-year agreement with Piedmont to supply 160,000 tons of spodumene concentrate per year — a key ingredient in making lithium for … well, lithium batteries. Teslas don’t run on Energizers, you know.

The move is seen as crucial for Tesla to begin mass production of its own new tabless batteries, which it unveiled at last week’s Battery Day event. Still, mass production remains years off, with the Piedmont deal not mandating deliveries until July 2022 at the earliest and July 2023 at the latest.

The good news for Piedmont investors is that the agreement can be extended for another five years. Given the scarcity of lithium resources outside of South America and China, this deal with a North Carolina company has Tesla and Piedmont investors in a daze.

They like it, and they’re not gonna crack … at least for now.

PLL shares skyrocketed more than 178% on the Tesla deal. Meanwhile, TSLA was up more than 3% on the news.

TSLA is rebounding nicely from a rough patch, but still has stiff price resistance in the $450 to $500 region.

PLL, on the other hand, trades at all-time highs in the $30 region. Any of you looking to get in on PLL will definitely want to wait until the market digests this news before you take a position in the company.

Or you can stake your claim in the battery bonanza … while all those other Tesla haters and lithium chasers light their candles in a daze. Click here for the can’t-miss powerhouse play!

The Monday war cry beckons us from the weekend slumber, and we awaken to a dose of Greatness (or at least a lighter version of insanity).

We’re hearing from Ted Bauman — the gain-hounding, dividend-compounding pro himself — in today’s edition of Heard on the Hill. That’s Banyan Hill we’re talking about, not Capitol Hill. We aren’t necessarily allowed back there after “The Incident,” you see…

Anyway, Ted Bauman and his sensible squad of market sleuths have said pshaw with all that market insanity — nay nay to the Mad Hatter’s whipsaws and jigsaws.

Instead, Ted’s team found that, when you put your big-picture glasses on, speculating in and out of every “just because” gyration won’t even keep you up to speed with inflation. Yet one asset type looms in the background like an income-generating Jabberwock, demolishing the same returns the average investor would see each year.

But you, the Great Ones, are better than the average investor, so take a close look at the chart below:

The method to the Bauman madness: real estate investment trusts (REITs). They’re the golden goose that lets everyone (even Robinhoodlums) invest in real estate like a mini land baron.

Without getting into the nitty-gritty taxing ditty, REITs trade on normal stock exchanges and pay out the majority of their earnings as dividends. That makes them the perfect addition to your balanced breakfast of time and compound interest.

You can’t discount those dividends … the power of yield growth compels you! If there’s a market trend, Ted probably has a REIT in mind that serves it.

The work-from-home and cloud storage situation? Boom, have yourself some data center REITs.

Want in on e-commerce without emptying your savings for a few Amazon shares? Warehouse REITs get you there quicker. Even the 5G explosion has its fair share of cell phone tower REITs. Hey, even the AT&T and Verizon big boys gotta pay rent to someone.

If you own the right REIT, that someone could be you, ready to bank dividends and take no prisoners. To see what REITs Ted and his team are looking into right now, click here!

Great Ones, if no one has told you this yet today, it’s OK.

It’s OK that we are but mere riders on the market’s storm of insanity.

And it’s OK that you’re entirely bonkers. Because you know all the best people are.

So why not share some of your own musings, ramblings, burning questions and raging rants? We’d love you at our madhouse tea party.

[email protected] is where you can let loose like no one’s looking. That is, unless we select your email to feature in this week’s Reader Feedback.

Drop us a line and let us know how you’re doing out there these days. We’ll be back tomorrow! Until then why not keep up with us on social media? We’re on Facebook, Instagram and Twitter.