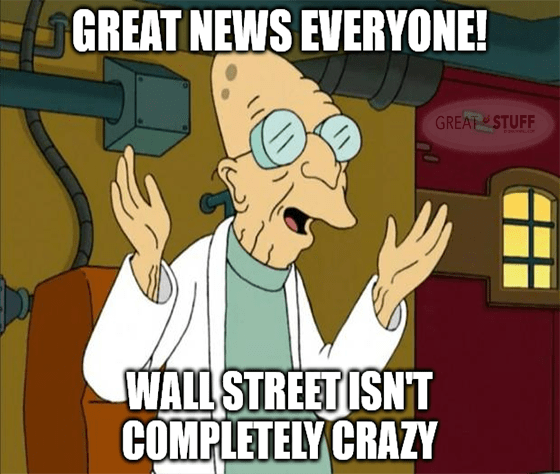 No, I didn’t just save a lot of money by switching my car insurance. I did, however, find proof that Wall Street is starting to snap back to reality. (Ope, there goes rabbit, he…)

Even better? Unlike Eminem in 8 Mile, you probably won’t have to worry about mom’s spaghetti.

What in the ever-loving market am I talking about? I’ll let Rosenberg Research’s Chief Economist and Strategist David Rosenberg elucidate:

The fact that the gross domestic product recovery and reopening indexes are now treading water instead of making new highs, “indicates that the market is coming around to the view of ‘peak growth’ with a lot of the reopening and recovery news being fully in the price.”

Good news, right? What — oh, that’s not exactly clear, is it? Let’s break this down a bit further.

In this quote, Rosenberg is talking about two particular indexes:

In other words, this index tracks all of the S&P 500 companies poised to benefit greatly from an economic recovery.

The second is the “reopening index,” in which Rosenberg includes S&P 500 airlines, apparel, hotels, restaurants, leisure and aerospace/defense companies, plus office, hotel and retail REITs.

These particular companies will benefit greatly from a continued U.S. economic reopening in the wake of the COVID-19 pandemic lockdowns.

Rosenberg has some nifty charts that accompany his reasoning, which you can see by clicking here. (Look — charts and a quote all in one day!) The skinny is that both of these indexes are flatlining.

But Mr. Great Stuff! Doesn’t that mean that growth is slowing down! Isn’t this a bad thing for us investors?

No. And yes. Let me explain…

It doesn’t mean that growth is slowing down. Not at all. All economic indicators continue to point toward a steady U.S. recovery from the pandemic.

What the slowing recovery and GDP indexes mean is that the rallies for these companies’ stocks are slowing — not economic growth. The two are typically tied together, but we all know that stock prices became increasingly divorced from reality last year.

So, in layman’s terms, this means that Wall Street is finally reining in its over-the-top expectations for post-pandemic growth.

This is a good thing for the market, as it means that investors are finally realizing what I’ve been saying for months now: That year-over-year comparisons with a pandemic-riddled economy are not an indication of a rampant bull market.

But is this reckoning a bad thing for investors?

If you expected massive growth from the overall market, then yes. Hopefully, there are no Great Ones out there with such unrealistic expectations. If so, I’ve not been doing my job.

Right now, the economy is playing catch up to those uber-inflated expectations, as stocks are already pricing in the peak of post-pandemic growth.

If Wall Street’s expectations remain ridiculously high … the comedown could be devastating.

In other words, flat is justice. A sideways trending stock market is better than an all-out, full-blown correction. In order for Wall Street to have a smooth transition from a pandemic to a post-pandemic market, we need a little rationality in stock prices.

Rosenberg’s data is a good indication that sanity might finally be returning to the market.

Sure, it’s been a confusing time for investors. But today, you’ll get the clarity you’ve been looking for.

The very man who’s already guided over 100,000 Americans with his investment insights shows you where the market is headed over the next 10 years … and which stocks will lead the way. He personally sent out a warning a week before the coronavirus crash. And his firm has predicted a number of booms and busts with stunning accuracy. 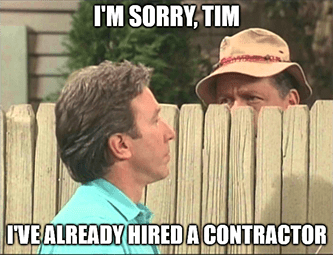 Remember all throughout the pandemic lockdowns when remote workers realized their boring beige boxes weren’t much better than the office … and flocked to home improvement stores to, well, improve their homes?

And then, how Home Depot (NYSE: HD) and Lowe’s (NYSE: LOW) rejoiced and raked in loads of cash from remote workers-turned-interior-designers?

I’ll spruce up every inch of this cramped apartment — from the windows to the walls. Look at me; I am my own contractor!

Yeah, about that… Lowe’s and Home Depot are in an awkward spot right now amid the reopening. The locked-down customers who relished the excitement of going to the DIY store have all but disappeared. Now, contractors and other homeworking professionals are back in the stores, ready to hog aisles and leave their carts around all willy-nilly.

Now that everyone is going the “just pay someone to do it!” route, the problem for the DIY duo is courting said contractors. About 45% of Home Depot’s sales come from home professionals, versus 20% to 25% of sales over at Lowe’s.

It’s becoming clear that if either home improvement chain wants to eke out the same growth it enjoyed all last year, targeting these contractors is key compared to those remote workers now spending less time at home.

The Bad: Shot Through The Heart 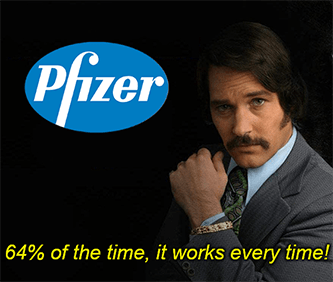 It was bound to happen. With so many competing vaccines, one of them just had to falter sooner or later, right?

Unfortunately for millions of people, the Pfizer-BioNtech COVID-19 vaccine isn’t holding up its end of the bargain right now.

On Monday, Israel’s health ministry reported that the Pfizer vaccine’s effectiveness at preventing infection — the primary job of a vaccine — fell to just 64%. The country is currently dealing with a considerable outbreak of the delta variant, despite 59.8% of the population being fully vaccinated.

Health ministers did say, however, that the Pfizer vaccine was still 93% effective at preventing serious illness and hospitalization … so, Pfizer’s got that going for it, which is nice.

Still, if we see more reports undermining the effectiveness of Pfizer’s vaccine, it could further undermine PFE stock.

The Ugly: Down Down, Ba Didi Down 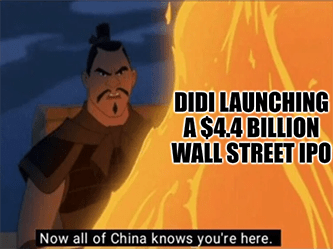 Did you come and go with Didi Global (NYSE: DIDI), Great Ones? Woah, woah, woah!

Shares of the Chinese ride-hailing company plummeted more than 23% this morning in reaction to a Chinese crackdown on U.S.-listed companies. Specifically, China’s Cyberspace Administration forced Didi to remove its app from app stores and barred new users from signing up on the app.

The move is part of the Chinese State Council’s crackdown on regulations and laws surrounding cybersecurity, cross-border data flow and the security of confidential information. Basically, it’s China’s version of national security concerns.

But Michael O’Rourke, Chief Market Strategist at JonesTrading sees it a bit differently: “The Chinese government’s tactics appear to have the twin purposes of keeping its corporate leaders in check while also making sure the investor pain lands primarily in the U.S. more so than China.”

That’s quite some pain too, after DIDI completed a $4.4 billion public offering on Wall Street last week — the second-biggest U.S. IPO of a Chinese firm.

Existing Didi users will still be able to use ride-hailing services, but the company will not be able to add any new users until China releases its new regulations. The situation underscores the risk involved when investing in Chinese companies.

However, given that DIDI is now trading well below its $14 IPO price, this could be a buying opportunity for those with a degree of risk tolerance.

What do you think, Great Ones? Is China’s crackdown on cybersecurity regulations long overdue or a jolt out of the blue? And how do you feel about buying Chinese companies right now — even those listed on U.S. exchanges like Didi?

Let me know in the ol’ inbox-a-roo: [email protected] is where you can let your words fly like the wind and join in the Great Stuff. And in the meantime, here’s where else you can find us: