Home Daily Hot Picks The Dashing, The Drafted and the Disney+ 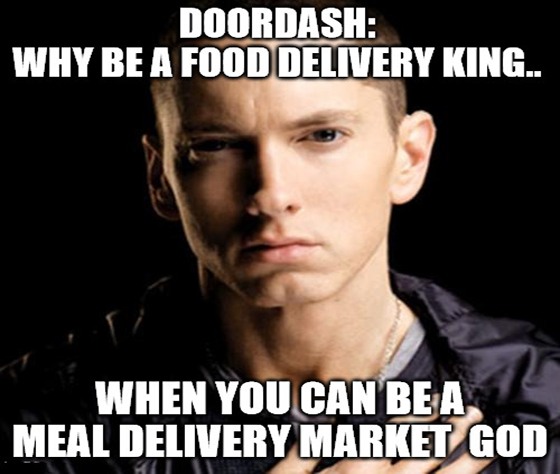 Guess who’s back … back again?

I’ve created a monster, ‘cause nobody wants to see Joseph no more. They want Mr. Great Stuff — I’m chopped liver. Well, if you want Great Stuff, this is what I’ll give you…

A little IPO mixed with some hard snicker. Some snark that will jump-start your heart quicker than the shock when I get stock on the market lately by a broker when you’re not cooperating. I know that you’ve got investors, DoorDash, but California’s jobs problem’s complicating.

Is that … is that Eminem? You’re not the real Slim Shady; get to the point.

DoorDash will officially go public. The leading food delivery service filed its IPO prospectus with the SEC today. The company plans to list on the New York Stock Exchange under the symbol DASH.

The DoorDash IPO is among the most anticipated of 2020. The company has roughly one million “Dashers” — though no word on Prancers or Vixens — and boasts more than 18 million customers.

In its SEC filing, DoorDash said it raked in $1.9 billion for the nine months ending September 30. That’s more than triple the $587 million it made during the same period in 2019. Finally, the icing on the cake for potential DASH investors, the company currently controls 49% of the U.S. meal delivery market.

If you wondered why DoorDash’s IPO didn’t arrive earlier this year … it wasn’t because of the pandemic. Quite the contrary! Pandemic-induced lockdowns helped push DoorDash sales through the roof.

The real reason the company is late to the IPO game is California’s Proposition 22.

Prop 22’s passing exempts DoorDash from those added costs, but it laid out other rules, such as cash for driver expenses while actively driving and health care subsidies.

Even with these lighter restrictions, DoorDash listed Prop 22 as a potential risk factor in its IPO filing. The company is worried more states will try to give DoorDash employees crazy things like paid work expenses and minimum wage compensations.

…There is a risk that Dashers may be reclassified as employees under federal or state law. We, along with certain other companies, supported a campaign for a 2020 ballot initiative in California to address AB 5 and preserve flexibility for Dashers, or the 2020 California ballot initiative.

I like how DoorDash spins denying even this modicum of employee benefits as preserving “flexibility for Dashers.”

Now, this looks like a job for me. So everybody just follow me. ‘Cause we need a little controversy…

With that, it’s audience participation time!

What are your thoughts on DoorDash and the gig-economy?

Are you waiting for the DASH IPO with antici … pation?

Do gig-economy labor concerns around DoorDash, Uber, Lyft, et al. factor into your investment plans at all?

Would you like to hear a full-blown rant on the topic?

Inquiring minds want to know: Email Great Stuff your thoughts and sound off!

While you’re writing to us, check out a quick word from our sponsors:

My colleague Adam O’Dell has an investing secret that’s helped him crush the world’s greatest investors since 2012 … retire at age 33 and help thousands of other Americans get rich in stocks. Yet, it involves doing the COMPLETE opposite of what most “gurus” recommend.

You can learn more right here!

No. 1: Disney+ Strikes Back 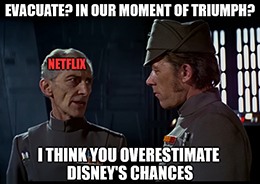 When you wish upon a Death Star, it kinda does make a difference who you are.

This morning, Walt Disney Co. (NYSE: DIS) reported that both revenue and earnings were down sharply year over year. But “down” for Disney isn’t the same as down for other companies.

But forget all those numbers. The real story is Disney’s direct-to-consumer unit, which includes ESPN+, Hulu and Disney+. Revenue here spiked 41% to $4.9 billion, driven by strong demand across the board.

One year after the Disney+ launch, the service already has 73.7 million paid subscribers. Hulu saw subscribers grow 28% to 36.6 million. Even the little ESPN+ engine that could saw subs surge from 3.5 million to 10.3 million.

Remember back when Disney+ debuted? The company targeted 60 million to 90 million subs by 2024. We’re now just 16 million subs shy of the top end of that goal. And it only took one year.

Now, Great Stuff Picks readers … I know that we’re down a bit on our DIS position since I recommended it back in December. But Disney is geared up for massive growth with its online offerings. And once this pandemic is over, and the company is once again a fully functional battle station … all I can say is, “Watch out Netflix!”

As such, DIS remains a buy if you aren’t in already.

No. 2: Time to Make the Semiconductors 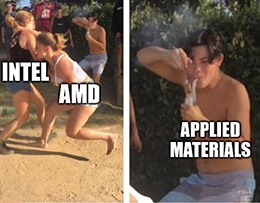 Tech hardware is back en vogue in 2020, and it’s not just because of the work-from-home movement.

OK, that’s a large part. But it’s also because of the rise in massive data centers, artificial intelligence, next-gen game consoles and electric vehicles. Companies like Sony, AMD and Samsung get all the credit, but someone has to help make all those chips.

In its fiscal fourth-quarter report, Applied said that earnings rose 64% to $1.23 per share. Revenue rose 25% to $4.69 billion. Both figures blew past Wall Street’s estimates.

And where are those opportunities? Well, just look at Applied Materials biggest customers:

Those are three of the biggest semiconductor makers on the planet — all AMAT customers. The AMD/INTC battle for data-center supremacy alone could be worth millions to Applied Materials. It’s kind of an arms dealer in this war, after all.

As of today, Great Stuff Picks readers are up more than 18% on AMAT since December. Since there are still more gains to be had, AMAT remains a Great Stuff buy. 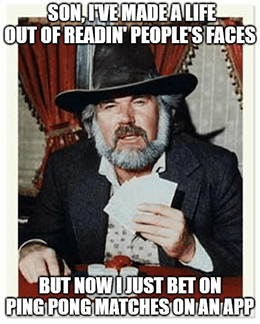 Now for the other stay-at-home favorite: DraftKings Inc. (Nasdaq: DKNG) … aka, what you’re likely looking at while everyone’s settled watching Disney+. The sports-betting company released earnings that beat the Street’s expectations on both counts.

Today, the market gave DraftKing’s earnings loss a “pandemic pass,” sending the stock upwards of 8% before it sank lower. Though, just like with Disney, forget all that for a sec — the most important tidbit to focus on is platform growth.

On the quarter, DraftKings reported a 64% year-over-year increase in monthly payers. More than a million unique users signed on each month of the quarter, which should come as no surprise despite the tremendous turnout.

CEO Jason Robins explains with a snoozer of an understatement: “The resumption of major sports such as the NBA, MLB and the NHL in the third quarter, as well as the start of the NFL season, generated tremendous customer engagement.”

You mean to tell me that, now that there’re actual sports, sports betting took off? I’m shook … straight to my Reds-jeering core.

DKNG has come down about 32% from its buzzed-up early October highs, so if you’re looking to get in, today’s report solidifies the platform’s future potential in light of the pullback. Plus, DraftKing’s market only gets bigger as sports betting becomes legal in more states than the 19 that currently allow it.

No. 4: She Sells Security 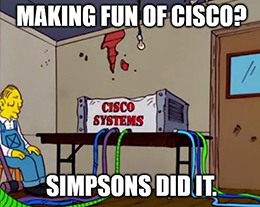 The Cisco Kid was a friend of mine. He drank whiskey; Poncho set the Wi-Fi.

It’s an odd time for Cisco Systems Inc. (Nasdaq: CSCO) as it churns through the constantly changing tech cycles. Everyone knows Cisco (or at least its minimalist Golden Gate logo) — the company covers everything from networking and communications gear to cybersecurity systems.

High hopes? No can do!

And CEO Chuck Robbins isn’t exactly brimming with brightness either:

What I kind of was hopeful was going to happen … is that we had customers who were super focused on getting their employees working from home properly … I think everyone raced to do that, and then I think they took a pause, which is what we felt in our last quarter in orders, and then I think they reprioritized what they were going to be spending money on.

Thanks, Wile E. Coyote. If you’re following along at home, when your customers reprioritize what they spend money on — and it’s not you — sound off the klaxons.

Cisco is one of the only major tech players that becomes extremely relevant when everyone upgrades their networks and other systems, but then growth dies horribly when the cycle is over. It’s like IBM … but with periods where people actually care about it.

The company used to be a “must-have” tech investment … but then, so did Intel. Cisco is as cyclical as the ‘Stuff stays cynical, and typical Cisco’s up 7% today like it’s disco.

Spoiler alert: It won’t last. We know a better way in on the communications game anyway — and if 5G is your thing, you better get to clicking right here, right now.

Great Stuff: Go Out With Greatness, With Grace, With Glory

OK, that may be a bit dramatic for a Friday, but that’s nothing like the dramatic rants, raves and vague tirades we see tear through the Great Stuff inbox.

If it sounds too interesting to be true, you clearly haven’t tuned into Reader Feedback Thursdays. But, if you write to us know, you might just see your email in next week’s edition!