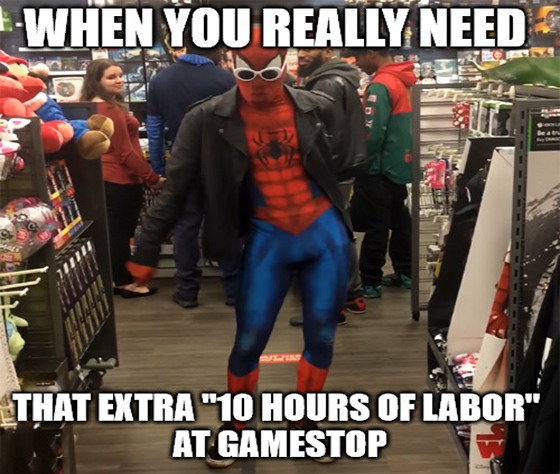 Are you ready to end this wild and wooly week with a wee dose of earnings? I hope so because other than the election — which still drags on inexorably as I write this — there isn’t much else interesting out there.

Well … there are two items of note that aren’t earnings-related.

First, the U.S. economy added 638,000 jobs in October, far more than the 503,000 new jobs expected. The unemployment rate fell sharply to 6.9%, which was also better than expected.

Taking a closer look at the numbers, the devil — err, tech — is in the details. White-collar tech and professional fields added some 208,000 jobs last month. Bars and restaurants added about 192,000. Those jobs worry me a bit, with pandemic restrictions mounting and winter on the way.

Second, GameStop Corp. (NYSE: GME) recently held a TikTok dance competition at its annual employee conference. Cool, cool. I have Gen Z kids and can groove with the TikTok. I am Mr. Great Stuff, after all.

Well, until you learn that the song GameStop employees had to dance to was Red Red Wine by UB40 … the kind of song that comes on at 11 p.m. at the Applebee’s bar after a horrible date, waiting on your tater skins and drinking a Zima. Or so I hear…

Furthermore, GameStop’s illustrious prizes for the competition were Amazon Echo devices, a $100 Visa gift card and — the pièce de résistance — “10 additional labor hours” to use during the week of Black Friday.

Even better, GameStop’s event page on the competition read: “Imagine what you could do with all those prizes!”

Yeah, thanks fam. I’m all good.

Oh, and in investing news, GME shares plunged more than 10% this past Monday after the company announced new FlexPay financing options. Welcome to 1995, GameStop. FlexPay didn’t help JCPenney, and it won’t help you.

Now, if you’re looking for real prizes … something you can actually sink your teeth into … I have just the thing for you. It’s even better than two Amazon Echos and extra work!

Remember when we sat down with Ian King? The small-cap sleuth (and all-around Great guy)?

Everyone ‘round here knows that Ian King has the uncanny ability to spot winners before most others see them. He called the rise of Amazon, Apple — even pharmaceutical company Immunomedics. And he spotted a new Silicon Valley winner that could double your money in five years or less.

Click here now to learn more … and see how this company could make your retirement!

(Face it, your portfolio might need more than a Boost shake kind of pick-me-up right now.)

No. 1: The King of Streaming 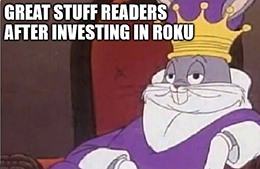 Where are all those Roku Inc. (Nasdaq: ROKU) haters now? Hmm?

I’ll tell you where: Curled up in a ball wishing they bought ROKU back in May 2019 or December 2019 when Great Stuff Picks recommended it! Yes, we’ve told you to buy it twice.

Last night, Roku released its third-quarter report, and boy was it a shocker. Revenue surged 73% to $451.7 million, but earnings were the real deal. Roku posted a surprise profit of $0.09 per share.

Wall Street, meanwhile, expected revenue of just $366.3 million and a loss of $0.40 per share. Outside the headline numbers, there are two crucial points that any of you in ROKU should note.

First, user growth continued to climb, with Roku adding 2.9 million accounts on the quarter for a total of 46 million active user accounts.

Second, ad revenue skyrocketed 90%, nearly doubling Roku’s 50% ad revenue growth in the second quarter. I can’t stress enough how big ad revenue is going to be for Roku: 46 million active accounts and counting, all with tailored content and apps without a “walled garden?” It’s an advertiser’s dream.

It’s no wonder ROKU shares jumped 11% on the news. If you followed Great Stuff’s advice, you could be up about 177% if you got in back in May 2019. If you waited for December, you still sit on a gain of about 86%. Congratulations!

Keep holding ROKU, as there are surely more gains to come. 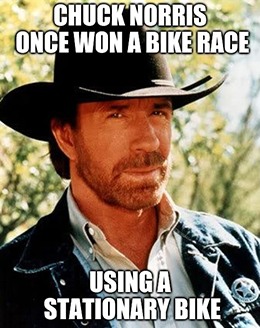 No, we’re not talking about Mike Seaver’s latest antics or fallen child stars of the ‘80s and ‘90s.

We’re talking about Peloton Interactive Inc. (Nasdaq: PTON) and its troubles keeping up with demand. Honestly, this is one of the best problems a company can have. But it also shows a lack of company leadership and planning … pandemic or not.

By the numbers, Peloton crushed fiscal first-quarter expectations. Sales tripled to $757.9 million and beat Wall Street’s target by more than $20 million. Per-share earnings soared to $0.20 from a loss of $1.29 last year. The consensus expected earnings of just $0.11 per share.

This all sounds rosier than a ‘90s sitcom ending. So, what’s the problem?

Well, it seems that customers can order all the Pelotons they want … if they can get through to a sales or support member. And even then, Peloton’s growing order backlog is concerning. The company acknowledged this by noting that it “will be operating under supply constraints for the foreseeable future.”

The bottom line is that Peloton’s bikes and treadmills are so popular that it can’t keep up with demand. This is an easy enough problem to fix, and it’s an excellent sign for Peloton investors. If Peloton can fix its supply chain — even a little bit — this holiday season is going to be huge. 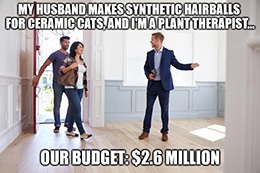 Going into last night’s earnings, Zillow Group Inc. (Nasdaq: Z) had a trifecta of tail winds behind it…

You’ve got low mortgage rates, an explosion in remote work that spurred Americans to move and a pandemic that ushered in remote viewings as the norm — not the CIA fringe experiment kind, just house tours over Zoom and whatnot.

But the robotic spying birds, man? What about the birds?

Zillow’s success is no surprise, really. The Amazon of real estate took the socially distanced house-selling market in stride. Here’s how it all shook out:

What’s more, Zillow’s optimistic about next quarter’s revenue as well, guiding for a $709 million to $748 million range — well above the consensus estimate of $683 million. As CEO Rich Barton notes: “We believe these tailwinds are durable, supported by low interest rates and demographic shifts.”

Z zoomed more than 13% on the beat-and-raise news. Now, we want to hear how the housing shuffle has affected your block of the global neighborhood — if at all. Are you seeing people move out, move in or just stay put?

Let us know at [email protected], and we’ll compare notes in next week’s Reader Feedback — it’ll be fun. 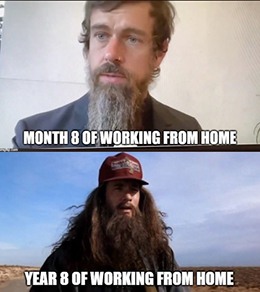 If you ask me, side projects never had a good reputation (and you have KISS to thank for that). But for the plate-spinning CEO Jack Dorsey, last night’s earnings report proved that it’s hip to be Square Inc. (NYSE: SQ).

With his main gig at Twitter Inc. (NYSE: TWTR) adrift in the shifting social media seas, Dorsey’s fintech Square was bolstered by the pandemic like no other. Revenue skyrocketed 140% to $3.03 billion, notably propelled by the company’s Cash App, which lets you trade bitcoin and transfer cash.

Square notes: “Cash App generated $1.63 billion of bitcoin revenue and $32 million of bitcoin gross profit during the third quarter of 2020, up approximately 11x and 15x year over year, respectively.”

How about them bitcoins? Now, even when you exclude bitcoin, Cash App revenue hit $435 million — a 174% year-over-year jump, which almost looks paltry in comparison.

But, as if Cash App’s growth wasn’t enough, all the cogs in Square’s flywheel performed like a dream last quarter.

Square said gross payment volume through its Square point-of-sale systems rose 9% to 31.7 billion despite various stages of lockdowns and business closures. Amid the pandemic, cash is king no longer in many coffee shops, restaurants and other small businesses, and that plays right into Square’s pocket.

The company continued to add users too — 15.2 million new active accounts in the third quarter, including 1.5 million merchants, as COVID-19 shifts the digital economy into overdrive.

If a better earnings report is possible for these pandemic quarters, I’ve yet to see it.

SQ was up almost 12% today on the news, but I suggest you wait for some profit-taking before jumping in yourself. If anything, you can invest in the one technology that underpins the digital economy that Square’s spearheading: blockchain.

If you haven’t caught up on the blockchain boom, you can’t afford to miss out. (Click here!)

A little-known chipmaker has developed the catalyst that could help ignite this global industry — a new technology poised to disrupt every industry as we know it. If you only ever own one stock, make sure it’s this one — and no one is talking about it.

Great Stuff: Break on Through

Great Ones, it’s been some week, let me tell you. How are you holding up out there? Still glued to the news?

If you can pull yourself away from the thumb-twiddling doldrums of democracy … why not write us a quick message and check in? Let us know what you think about these crazy market times. Ask us some questions about your favorite stocks. Anything goes, really!