Home Daily Hot Picks Regardless of the Election, Solar Is a Winner

Solar energy stocks have had a great run in 2020 but have seen their share prices pull back ahead of today’s election.

Investors bid up these companies in anticipation of a potential clean energy infrastructure plan that would send demand for solar energy soaring.

But even without a renewable infrastructure plan, solar energy will undoubtedly become a leading energy source.

No matter how you look at it, solar is cheap.

The cost of solar panels has dropped 70% over the past five years, and solar is now the cheapest new energy source in the majority of the world.

Solar technology is expected to get even cheaper, dropping another 57% by 2050. 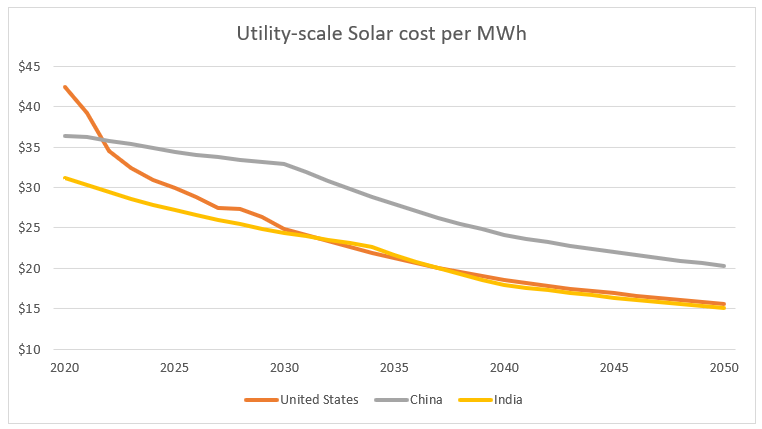 The decline in cost, coupled with a 60% increase in global power demand, will spur over $4 trillion in investment during that time.

Other than wind, there really isn’t another option. Newly built solar infrastructure will be cheaper than running existing natural gas plants in the U.S. by 2025.

Some doubt solar as a global power supply, citing lack of scalability as a concern. Solar energy needs to be stored for use during off-hours.

Developments in battery technology have eliminated this concern.

Solar-plus-storage systems are becoming a viable option for energy. These systems are expected to get another 39% cheaper over the next decade.

Solar power would account for 35% of all global power generation, up from 3% last year. 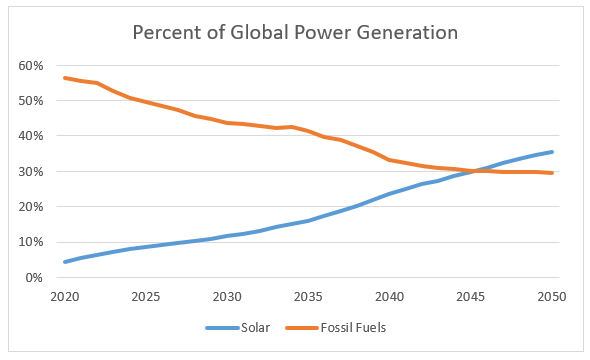 Solar Is Still in the 1st Inning

Regardless of the outcome of today’s election, solar has a bright future.

The solar investment opportunity is still in the first inning, which means huge gains are ahead for investors.

To learn more about this and other incredible tech opportunities, click here.