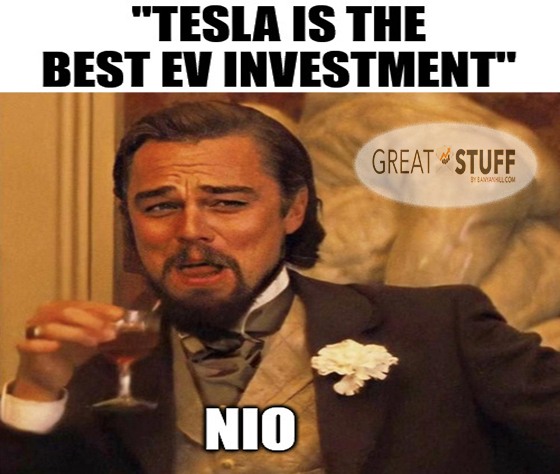 Nio (NYSE: NIO) put the pedal to the metal — do they even do that in EVs? — and surged roughly 14% on the open this morning. The company is now the No. 2 automaker in the world by valuation, second only to Tesla (Nasdaq: TSLA).

The catalyst? No nitro for Nio, that’s for sure — that stuff’s for old, busted gasoline cars.

Nio’s rally was fueled by pure, unadulterated white-hot electricity emanating from a wildly successful “Nio Day” event over the weekend. For starters, the company unexpectedly unveiled a new luxury sedan: the ET7.

Nio’s new sedan will list for $69,193 without government subsidies, and it’s expected to compete directly with Tesla’s Model 3 … at least from a price-point perspective. However, the ET7 was designed with luxury in mind, putting the car more in a class with Tesla’s Model S — at a significantly lower price.

But, Nio had another gear left following the ET7 unveiling. The company announced a new long-range, solid-state battery with a max range of 625 miles. By comparison, the Tesla Model 3 is rated at 263 miles per charge. Eat your heart out, Elon.

The event left analysts stunned and raving, not unlike my relatives at an “all you can eat” Golden Corral buffet.

JPMorgan Chase and Deutsche Bank both lifted their price targets from $50 to $75 and $70, respectively. Bank of America boosted the shares from $59 to $80. Credit Suisse bumped NIO from $65 to $71, and Daiwa Securities set a $100 target for NIO.

I, on the other hand, am very excited about Nio’s battery swap program. Why? I’m glad you asked.

What’s the most annoying thing about EVs? Their limited range and charging time, right? I already hate stopping to take five minutes to put gas in my car … though, admittedly, I do like the excuse to grab some gas station grub and a Red Bull for the trip.

What Nio will do with swappable batteries is amazing and greatly unappreciated. No charging time. Just pull up, swap the battery and get back on the road. No more, “Sorry we’re late grandma, we had to charge the Tesla twice on the way here! Over the river and through the woods is a long way to travel in an EV.”

But there’s more to it than that. All Nio EVs use the same battery design. See where I’m going with this yet?

A standardized battery design with a new solid-state, long-range battery on the way? That means existing Nio drivers could swap out their old batteries for newer ones. Furthermore, it means that standard battery drivers could rent a higher-capacity battery for long trips at swap stations and then switch back when they get home!

How did Tesla miss this opportunity?

And if you still don’t believe all the big battery hype, click here. 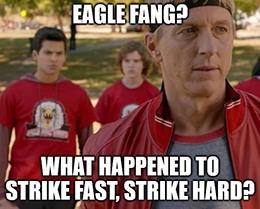 Have you checked on your CrowdStrike (Nasdaq: CRWD) position lately? That sucker is up more than 300% since we recommended it roughly one year ago!

Today, CRWD gained another 4% after Jefferies upgraded the shares from hold to buy. Jefferies Analyst Brent Thill cited “strong fundamentals” for the software sector and noted that CrowdStrike had “room for further gains.”

CrowdStrike said it would use the funds for acquisitions, expenditures and working capital — all of which are good things for growth.

Still, the added debt prompted CRWD to sink nearly 2% on the open before the Jefferies upgrade hit the news wires. I guess some people out there still care about fundamentals. Who’da thunk it?

Editor’s Note: Your Tax Guide for a Biden Presidency

Before Joe Biden takes office as the next President of the United States, you’ll want to check this out.

It’s a proverbial “Tax Bible” on countless ways you could slash your taxes this year, next year and the year after that. But don’t wait too long, because tax season will be here before you know it. 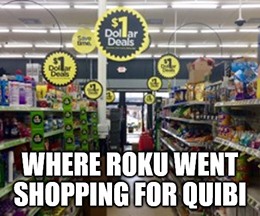 Have you checked on your Roku (Nasdaq: ROKU) position lately? That sucker is up 360% if you got in when we recommended it in May 2019.

This is why you need to read Great Stuff every day! Also, congratulations … again!

We circle back to Roku today after Citigroup Analyst Jason Bazinet boosted his price target from $375 per share to $460 per share — the highest on Wall Street. Bazinet hyped up Roku’s year-ending 51.2 million active accounts, up from 46 million one quarter prior.

He also talked up the potential for rising ad revenue. Ad revenue was down in 2020 due to the pandemic, but Bazinet expects that to rebound in 2021 … and Roku has millions of new subscribers to monetize!

Finally, Bazinet said he likes the Quibi acquisition, which should “result in incremental value for Roku shareholders.” When I covered the Quibi rumors last week, I noted, “If the price is right, Roku might have a steal on its hands.”

In its prime, Quibi sported a $1.75 billion valuation and was angling to go public. Roku snapped that puppy up for “significantly less” than $100 million, according to people familiar with the deal.

Significantly less? What, did Roku get Quibi for six bucks and a Snickers bar?

It’s possible. Regardless, even at $100 million … that, Great Ones, is a steal and a half.

Keep holding ROKU for more gains and brilliant moves like this.

Best: In Other Rumor News… 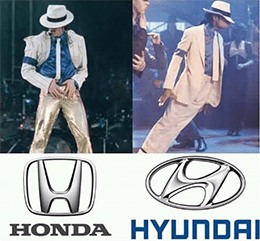 Turns out, the Apple Auto is about as real as these kinds of Apple announcements get.

Today, new reports — and your favorite unnamed “industry sources” — said that Apple and Hyundai do, in fact,  plan to work on a self-driving electric car.

But the originally teased time frame of 2027 is out the window. Instead, Apple and Hyundai expect to build 100,000 vehicles in 2024, using the Hyundai-affiliated Kia Motors factory in Georgia.

Glad to see Apple’s bringing its techspeak to the auto market. I can see it now … that iCar Pro 10XL edition will be lit. Just think of how many cameras it will have! AAPL sank with the rest of the market today, though its role in the app store ban-a-thon also played into investor sentiment.

It’s a slow trickle into the earnings confessional to kick off what’s sure to be another raucous roundup season. But the names in the spotlight this week are some of the Street’s biggest — and the trends they tell us about, even bigger.

Who says there’s ever a dull moment in earnings? You can bank on chips, airlines and pot stocks in today’s Chart of the Week, courtesy of Earnings Whispers on Twitter: 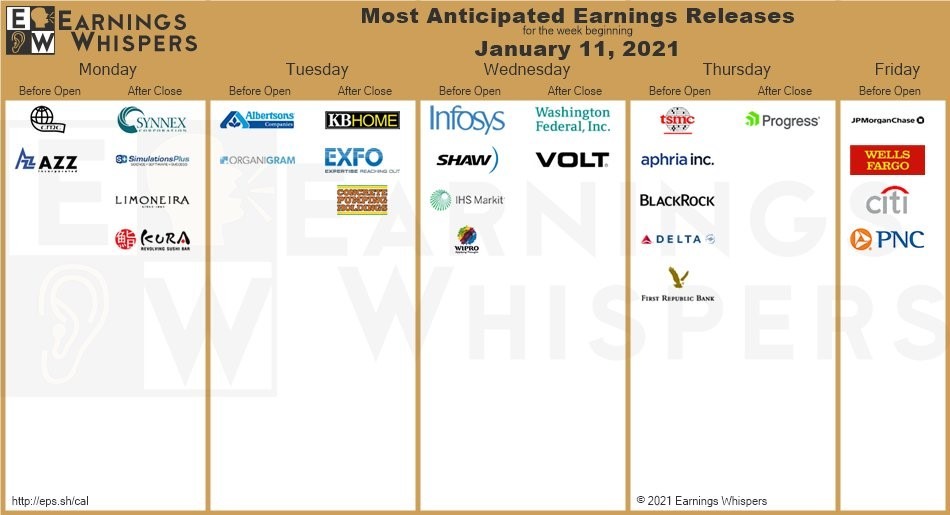 And, if you want to go even deeper down the semiconductor rabbit hole, two Great Stuff Picks get their goods straight from TSM. It’s essentially the production house for Advanced Micro Devices (Nasdaq: AMD). And even Intel (Nasdaq: INTC) wants to outsource some of its chip production to TSM. It’s about time.

But then TSM itself gets supplies, tech and production from yet another Great Stuff Pick: Applied Materials (Nasdaq: AMAT). Long story short, if there’s one chipmaker to keep an eye on as earnings season kicks off, it’s TSM.

The big cheese flies and reports alone: Delta Air Lines (NYSE: DAL) is our sole rep for airlines this week. The goal here is, much like everyone else, to lose as little as possible.

We just had Carnival (NYSE: CCL) brag up its “not as bad as we thought it’d be” cash burn rate, and that’s what we’re looking for with Delta too.

There won’t be any biggest winners in the airline (and cruise line) industries this quarter — only lesser losers. It’s still anyone’s guess which individual airline will attract the most flyers once traveling increases — and I mean real travel, not holiday-homecoming spikes.

We’re about to see a landslide of possible discounts, vouchers and deals to get people back in the air, and Delta’s game plan to power through the rest of the pandemic winter has to come packing heat.

Now, the bank parade blew earnings out of the water last time around, and the deck is similarly stacked this week, with the big banking boys lumped in on Friday.

Across the board, I’m looking to see how banks eked out their revenue in the fourth quarter. As we saw with Goldman Sachs in the quarter before, trading revenue ran rampant, but asset management was no slouch either.

If you’re keen on the housing market’s exploding growth, you’ll want to look at KBHome (NYSE: KBH) for another look at how the market’s shaping up for individual homebuilders.

Skyrocketing home prices are one thing, but when it comes to homebuilding, we can see how KB handles that skyrocketing housing demand. You know, what with that pandemic interfering with new home construction.

Last but not least, there’s always something going down in the pot market — for better or worse. And both Organigram (Nasdaq: OGI) and Aphria (Nasdaq: APHA) sit on top of double-digit rallies for the fourth quarter, as the market hyped itself up for potential cannabis legalization with a Biden presidency.

What a week! We’ll keep you in the loop on the earnings excitement. Just you wait — the lineup only gets more jampacked from here on out.

Thanks for joining us on this fine market Monday!

So … how’s your week so far? Did you get into any of those Great Stuff Picks we mentioned? Roku, CrowdStrike — y’all have a veritable treasure trove of Greatness just waiting for you in the Picks portfolio.

But, if you’re not making real bona fide gains out there, these recs might as well all be fancy words and numbers on the page. That’s why you should drop us a line right meow, and let us know what Great Stuff Picks you’ve bought … or which ones you wish you’d bought earlier!

[email protected] is the perennial place for thoughts, trades, memes, rants, raves and everything in between.