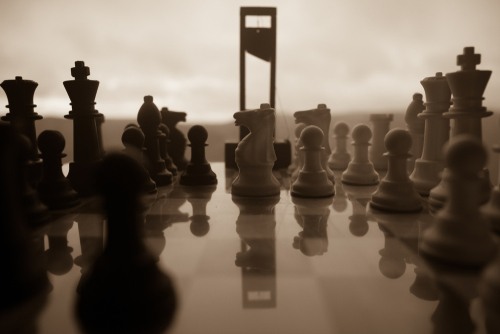 Compared to last year, 2021 has been a different beast for stock pickers.

The market enjoyed a definite direction in 2020 — at least after the Corona Crash in March. Practically everything went up. The trick was to identify stocks likely to go up faster than others.

This year’s market has lacked direction. The overall trend is up, but less reliably so.

Stocks have recovered from the big yield-scare dip in March and April this year, but the slope of their trendline is shallower than before:

In this context, how does the Bauman team pick stocks?

What do Ted and Clint look for?

So I asked them: How are you approaching this tumultuous year? Here’s what they said…

The shorter the time frame, the less the market reflects fundamentals, and the more it reflects investor sentiment.

And investors are fickle.

They say that the stock market reflects all available information as though it were a computer. But investors aren’t always logical. Day to day, the market reflects human emotions, which can swing from fear to euphoria — and back — at the drop of a headline.

Just when you think they are cheap, they can get cheaper. Look back at the stock market crash in 2008/2009.

And when you think stocks are expensive, they can become dearer still … as the past year has demonstrated.

For long-term time frames, valuations help you gauge the market’s mood. The same company, with the same fundamentals and market prospects, can have different price-to-earnings (P/E) ratios depending on how traders feel.

For shorter time frames, I use the CBOE Volatility Index — the VIX, or “fear gauge.” It reflects options markets, so it tells you a lot more about where investors are putting their money right now than longer-term PE valuations.

For example, look at the VIX now compared to pre-pandemic. It’s still higher than it was then … the 10 level, where it lingers in calmer environments.

That tells me the market is still nervous.

That’s why we’ve seen so much chop and why it’s so difficult to determine the market’s overall direction this year.

Sentiment isn’t a precision timing tool. But it is the foundation for short-term strategies, like my Flashpoint Fortunes options service … which has a 95% win rate!

I’m no fan of warfare, but I’ve long been a fan of military history. That’s because it teaches a lot about the critical difference between long-term strategy and short-term tactics.

In an investment service like Profit Switch, the strategic goal is to accumulate big gains. The way to do that is to identify stocks with the best fundamentals in leading economic sectors and hang on to them.

But in the short term, like any good field commander, I take a tactical approach.

Sometimes I make a tactical withdrawal to create more favorable conditions for offense.

For example, late last year I recognized that many stocks in the renewable energy and communications technology sectors had become overextended. So, even though the companies in question will probably see more gains in the future, I closed the positions to preserve profits and generate capital for whatever opportunity the market threw out next.

But I had also recommended some stocks — primarily in the electric vehicle (EV) sector — near what turned out to be their short-term peak in November/December. Even though they suffered steep short-term losses, I knew it didn’t make sense to sell them and lock those losses in.

So, like a general probing the enemy’s defenses, I made another series of tactical moves…

When the big inflation/bond yield scare hit in March and April, I recommended stocks related to commodities, which tend to do well if investors think interest rates are going to rise. The goal was to generate whatever profits were available in the short term to offset temporary losses in EV stocks.

But wouldn’t you know it? The Federal Reserve succeeded in talking the market down from the ledge, convincing them that interest rates weren’t going to rise anytime soon.

So, I conducted another strategic withdrawal, selling some so-called “reflation” stocks for modest net gains, and shifting the money into growth stocks that had been beaten down in March and April, but had become oversold.

That turned out to be an excellent tactical decision.

One of the stocks I recommended is up 25% in a little over three weeks. Another is up nearly 50%.

Like any good commander, I love it when a plan comes together!

We Sweat the Small Stuff … so You Don’t Have To

You can see how complicated navigating the stock market can be.

That’s precisely why we offer managed portfolios like Ted’s Profit Switch and Clint’s Flashpoint Fortunes, in addition to Ted’s flagship Bauman Letter … to give you access to the skills and insights our team has learned over years in the markets!

One particular insight that stands above the rest right now is Ted’s belief that the stock market will climb more in the next 10 years than it has over the last 100. He will explain how this is possible and the best way to take advantage on Wednesday. Stay tuned.