Having grown up in Palm Beach County, Florida, I know just how crazy elections can get.

In 2000, the entire world watched and scrutinized our county’s messed up voting process during the presidential election.

Terms such as “butterfly ballots” and “hanging chads” became a part of our everyday vocabulary.

Today, the COVID-19 pandemic and mail-in voting has already created a huge controversy … and the election’s still more than a month away.

There has to be a better way to vote, right?

Well, the answer might come from the same technology that powers cryptocurrencies such as bitcoin — blockchain.

While there isn’t enough time left for blockchain to play a role in the 2020 elections, it could be an important part of democracy in the future.

Under the proposal, registered voters would be mailed a unique QR code, which would look something like this: 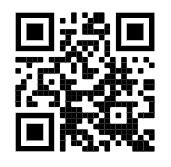 You would then scan the code with your smartphone and vote electronically.

This method has a few advantages, such as:

However, no voting method is 100% reliable. And the proposal leaves many questions unanswered.

For example, it isn’t clear yet what kind of paper trail would be available. And there’s no timeline for when blockchain voting would potentially be rolled out on a large scale.

But the fact that the USPS is taking on such a bold initiative shows that blockchain technology could play a huge role in future elections.

And, of course, voting isn’t the only thing that blockchain could improve to make our lives better. There are plenty of applications for it in industries such as banking, health care, insurance and more.

Blockchain is one of the key technologies we’re focused on here at Smart Profits Daily. And Ian King is an expert on blockchain and the cryptocurrencies that run on it.

So we’ll do our best to keep you informed about the latest developments.