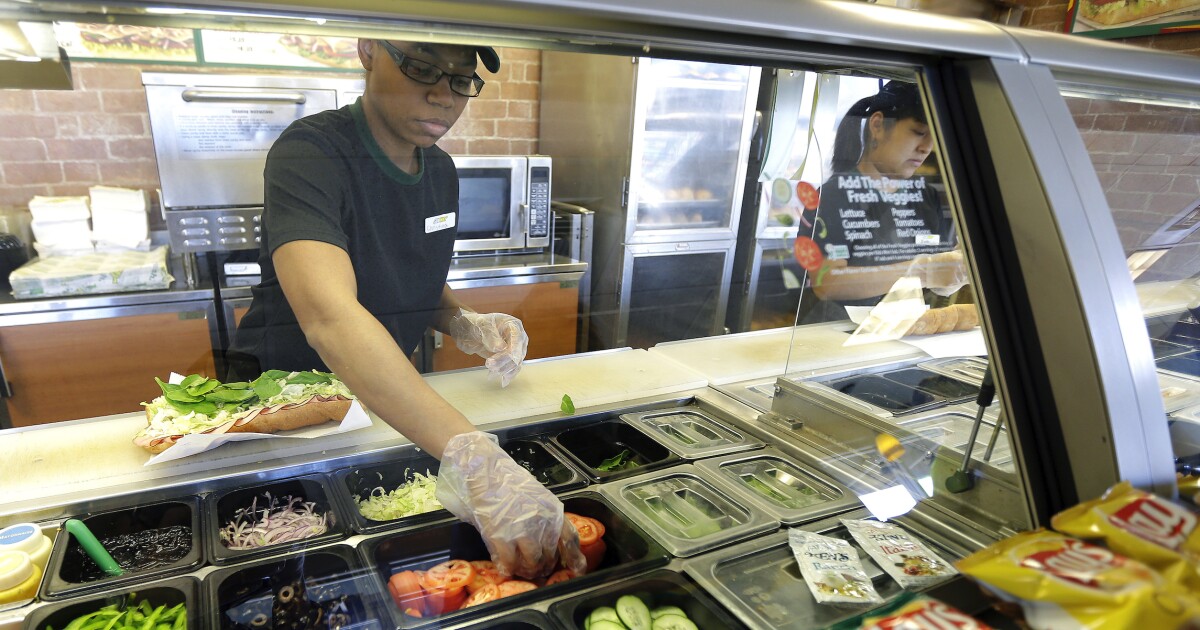 Much of Washington’s focus may be on former President Donald Trump’s second impeachment trial this week, but Democrats are pushing forward on a drastic policy shift in the background. Early Wednesday morning, the House Committee on Labor and Education voted to go forward with the inclusion of a federal $15 minimum wage in Congress’s next COVID-19 bill.

“It’s a wrap, $15 #MinimumWage passes the [Education and Labor] committee after more than 13 hours of debate,” Rep. Ilhan Omar, a Minnesota Democrat, tweeted.

Democrats will no doubt celebrate this development in the belief that, if successfully implemented, a $15 federal minimum wage will uplift workers and provide struggling family breadwinners with a living wage. But this is largely a fantasy, and the biggest casualty of the “Fight for $15” would be teenagers just getting started in the workforce.

This figure is somewhat obfuscated by the existence of existing state and local minimum wages. Yet even in states without a state minimum wage, meaning just the federal minimum wage of $7.25 applies, only a tiny slice of the workforce actually works at the minimum wage. In South Carolina, for example, only roughly 5% of hourly workers earn the minimum wage, and that’s the highest rate of any state.

So, let’s dispense with the fiction that this debate is about a “living wage” for breadwinners. In reality, minimum wage jobs are usually an opportunity for teenagers just getting started to build valuable experience, make pocket money, and learn how to work.

That was my experience. My first job as a teenager was as a sandwich-maker at a Subway in a gas station. (Glorious, I know.)

To be honest, I was pretty terrible at it. I was slow, messy, and ate more in food at my shifts than I probably provided in value, at least during my first few weeks getting up to speed. But that job taught me how to work, as simple as it sounds — showing up on time, interacting with a boss, requesting time off, and so on. It provided me with a record of proven reliability and references that helped me get my next job, which, thankfully, I sucked significantly less at.

Here’s the catch: If the Subway manager who hired me had had to pay me $15 an hour, rather than the $9 or so under Massachusetts state law at the time, I most likely would never have gotten the job. There’s no way I produced that much in value as a completely inexperienced and unreasonably hungry 17-year-old.

“The [overall labor force] participation rate of teens fell from 52.7% in 1994 to 43.9% in 2004 and to 34% in 2014,” economist David Neumark found. His research concluded that the biggest factor driving this decrease was state-level increases in the minimum wage.

This significant trade-off is too often overlooked in the national minimum wage debate.

Higher minimum wages take away the early work opportunities for many teenagers that are crucial to their career development and climbing the ladder of opportunity. And Democratic rhetoric aside, young people, not full-time breadwinners, are the group actually most affected by this debate.

US Investigating Possibility Of Engine Fires In 1.9 Million Toyota RAV4s