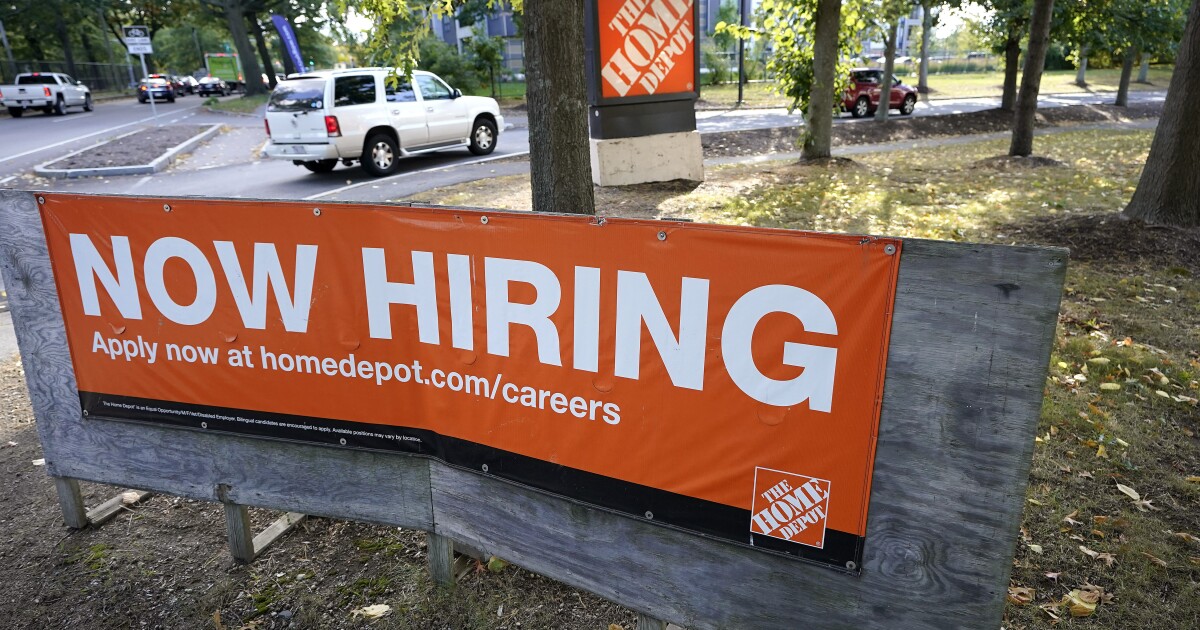 Unemployment has fallen to 7.9%, putting it right around the 7.8% unemployment rate that stood at the time of former President Barack Obama’s reelection in 2012. September saw an addition of 661,000 jobs.

The economy has been improving since it hit its pandemic peak of 14.7% in April, but it has a long way to go to get back to pre-pandemic levels of 3.5%.

President Trump’s strongest suit is the economy, with his job approval on that issue at 51%. Continuing economic improvement stands to help him where other issues cannot. His approval ratings on the coronavirus and foreign policy are below that, and his approval rating on the direction of the country is well below it, with 29%.

A deal on coronavirus relief could improve Trump’s approval numbers, which he seems to understand clearly. He has urged Republicans to accept a higher top-line figure of total dollars for relief, though they remain resistant to spend the more than $2 trillion, an amount that Democrats are pushing for.

Democrats are “heartless”. They don’t want to give STIMULUS PAYMENTS to people who desperately need the money, and whose fault it was NOT that the plague came in from China. Go for the much higher numbers, Republicans, it all comes back to the USA anyway (one way or another!).