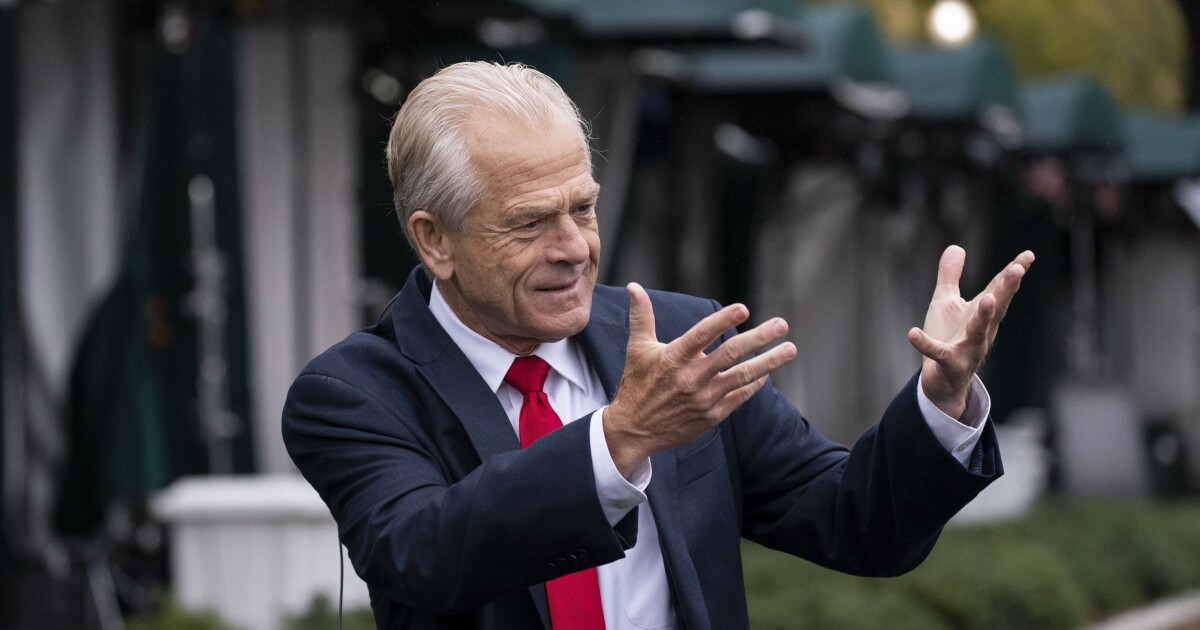 President Trump’s trade policies, or perhaps the tariff parts of them, have turned out just like every economist but one predicted: They’re terrible. Unfortunately, the one economist who says otherwise is Peter Navarro, Trump’s main adviser on trade issues. I’m not even exaggerating that he’s the only one: A New Yorker reporter wrote about Navarro’s trade policies that “even with his assistance, I was unable to find another economist who fully agrees with them.” And that’s precisely because those policies are just plain wrong.

There’s now another embarrassing little report that underlines this. The Brookings Institution has gone and looked at reality — not what economic models or theory say should happen, but what actually has happened. The answer is that tariffs are, as economists always say, simply a tax upon people who buy foreign foods. No, the foreigners don’t pay the taxes; Americans do when they go to the store. Taxing people more just because they like a Chinese-made wrench instead of one made in the United States may or may not be a good idea, but it’s definitely taxing those in the U.S., not the Chinese.

It’s also not true that those costs are offset by the tariffs collected themselves. Sure, the money rolls into the Treasury from that same old source, the taxpayer. But when we make the foreign stuff more expensive, then every U.S. producer raises their prices — well, wouldn’t you if you didn’t face the former foreign competition? So, it’s not true that the costs are just the taxes. The cost of tariffs to the U.S. household budget is much higher than just the tax revenue collected by the Treasury.

It’s not even true that tariffs save or create jobs. We know that from the past. President George W. Bush put tariffs on imported steel:

More American workers lost their jobs due to higher steel prices than the total number employed by the U.S. steel industry itself.

That’s not what we would generally call a mark of a great success.

It is true that sometimes an entire science is wrong. It happened to chemistry with phlogiston, geology with continental drift, and even economics in thinking that planned economies worked better. However, it’s still the way to bet that if one single member of a science or profession is entirely at odds with everything everyone else says and believes, then it’s the odd man out that is, well, odd. So it is with Peter Navarro and thus Trump’s trade policies.

They’re just wrong. Tariffs are paid by people in the U.S., and tariffs make everyone poorer and kill jobs. That’s the opposite of the point of economic policy, so we’d do better to change the policy on trade and tariffs. As Adam Smith pointed out, the only rational trade policy is unilateral free trade — which is, in essence, to tell China and everyone else we’ll not tax ourselves for buying your foreign-made goods, and what you do is entirely your decision. That’s actually the majority view among economists, even if Peter Navarro still disagrees.

Tim Worstall (@worstall) is a contributor to the Washington Examiner’s Beltway Confidential blog. He is a senior fellow at the Adam Smith Institute. You can read all his pieces at The Continental Telegraph.

Stocks Tumble More Than 800 Points Amid Spike In Coronavirus Cases